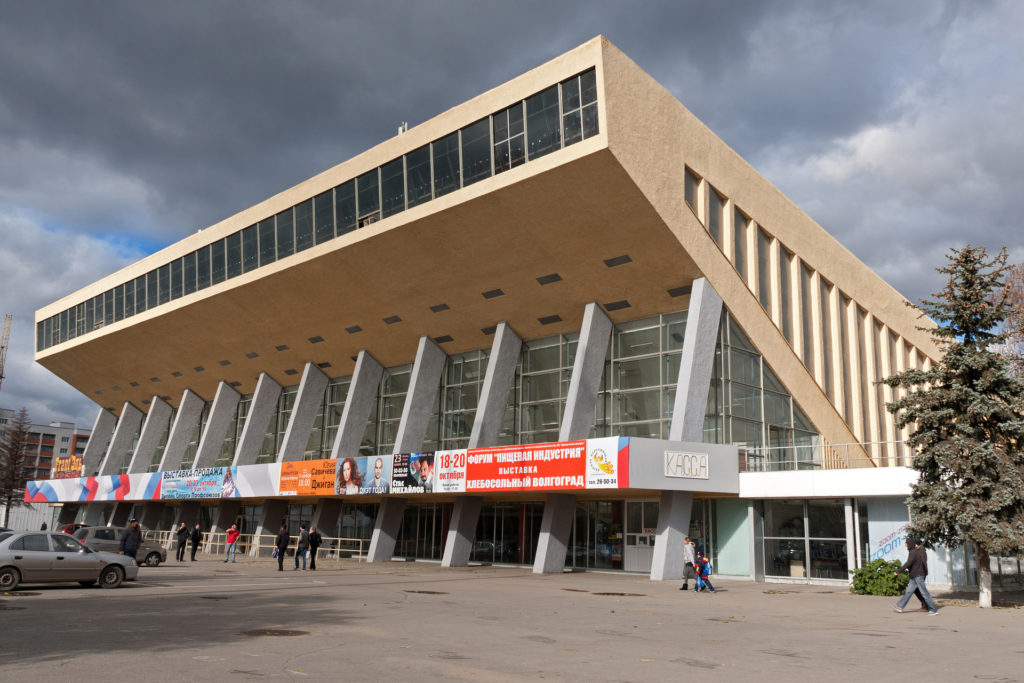 Human habitation of this elongated sand dune peninsula, 98 km long and 0.4-4 km wide, dates back to prehistoric times. Throughout this period it has been threatened by the natural forces of wind and waves. Its survival to the present day has been made p…

Inextricably linked to all the most important historical and political events in Russia since the 13th century, the Kremlin (built between the 14th and 17th centuries by outstanding Russian and foreign architects) was the residence of the Great Prince a…

Architectural Ensemble of the Trinity Sergius Lavra in Sergiev Posad

This is a fine example of a working Orthodox monastery, with military features that are typical of the 15th to the 18th century, the period during which it developed. The main church of the Lavra, the Cathedral of the Assumption (echoing the Kremlin Cat… 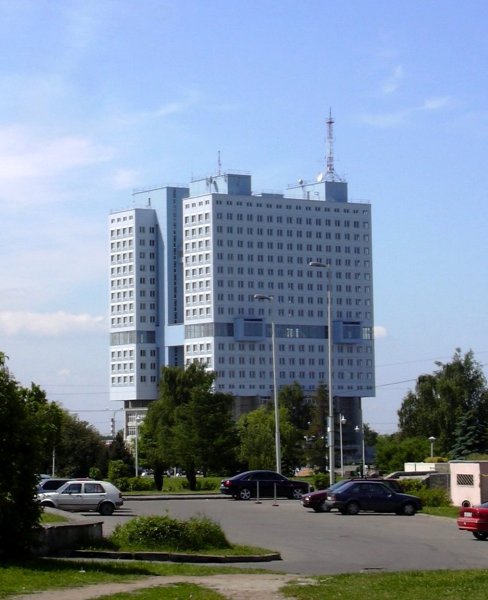 This site coincides with the area of the Putoransky State Nature Reserve, and is located in the central part of the Putorana Plateau in northern Central Siberia. It is situated about 100 km north of the Arctic Circle. The part of the plateau inscribed o… 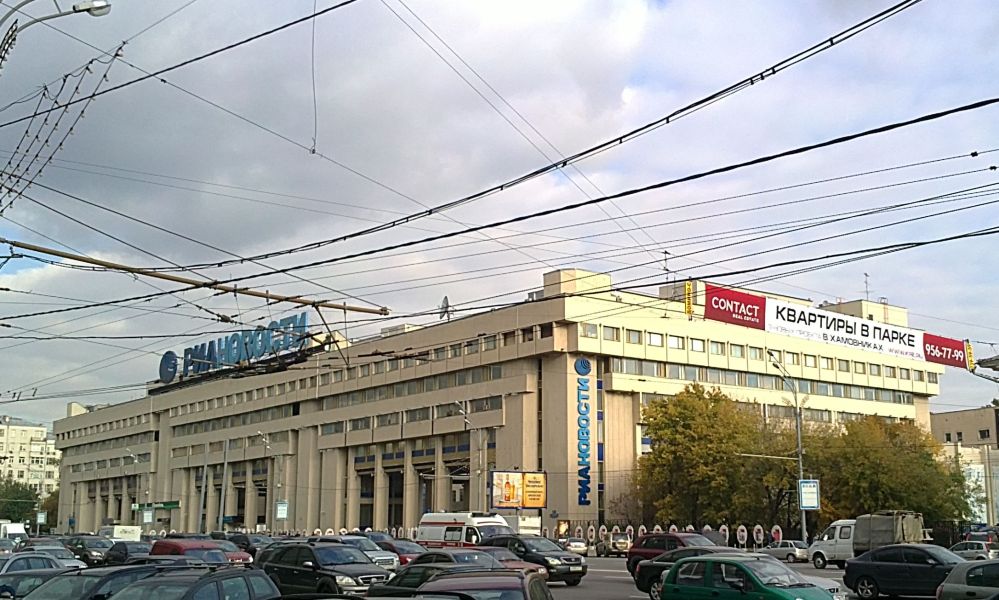 Situated in south-east Siberia, the 3.15-million-ha Lake Baikal is the oldest (25 million years) and deepest (1,700 m) lake in the world. It contains 20% of the world’s total unfrozen freshwater reserve. Known as the ‘Galapagos of Russia’, its age and i… 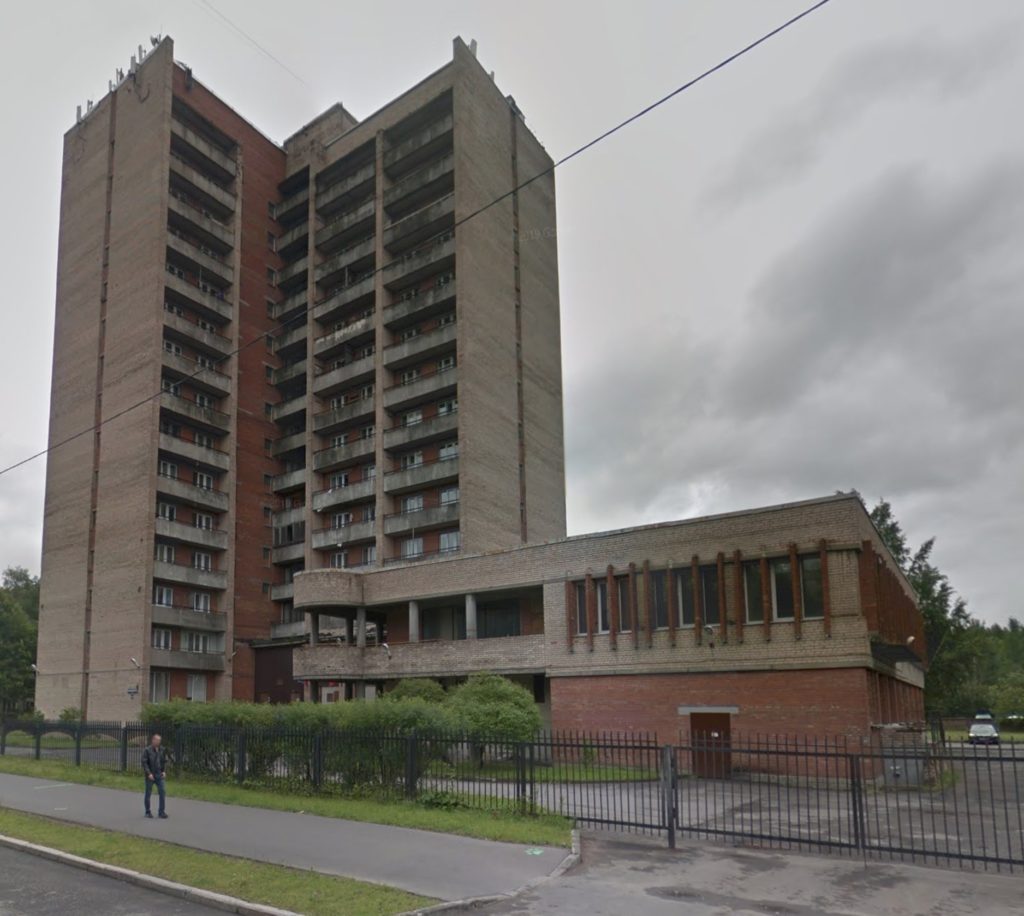 Petroglyphs of Lake Onega and the White Sea

The site contains 4,500 petroglyphs carved in the rocks during the Neolithic period dated 6 to 7 thousand years ago and located in the Republic of Karelia in the Russian Federation. It is one of the largest such sites in Europe with petroglyphs that doc…

Lena Pillars Nature Park is marked by spectacular rock pillars that reach a height of approximately 100 m along the banks of the Lena River in the central part of the Sakha Republic (Yakutia). They were produced by the region’s extreme continental cl… 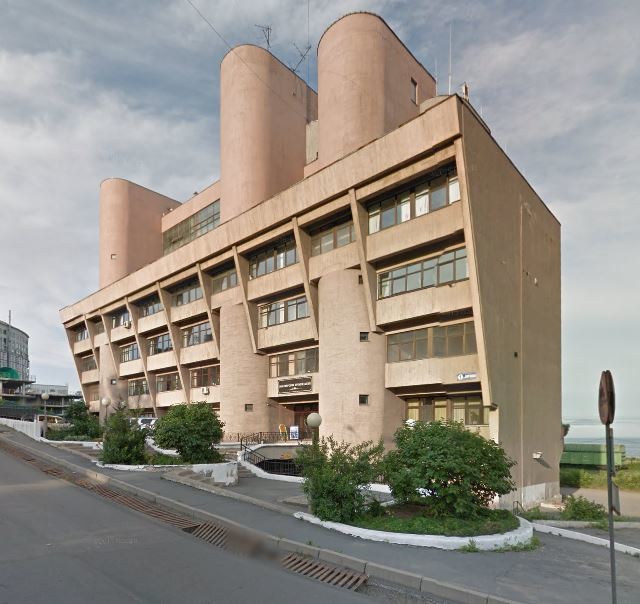 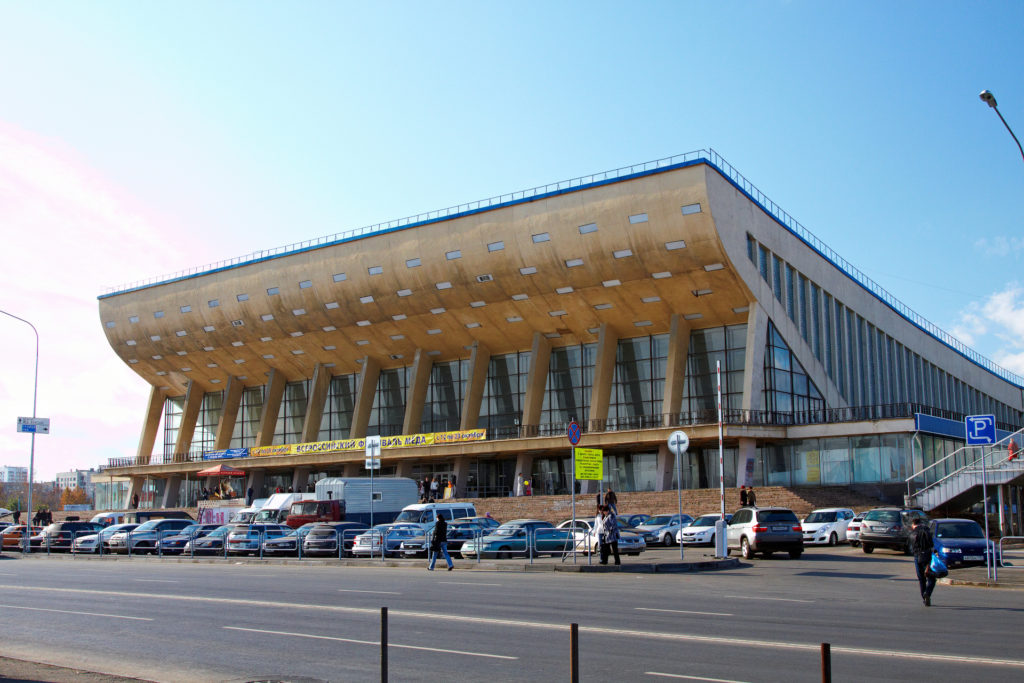 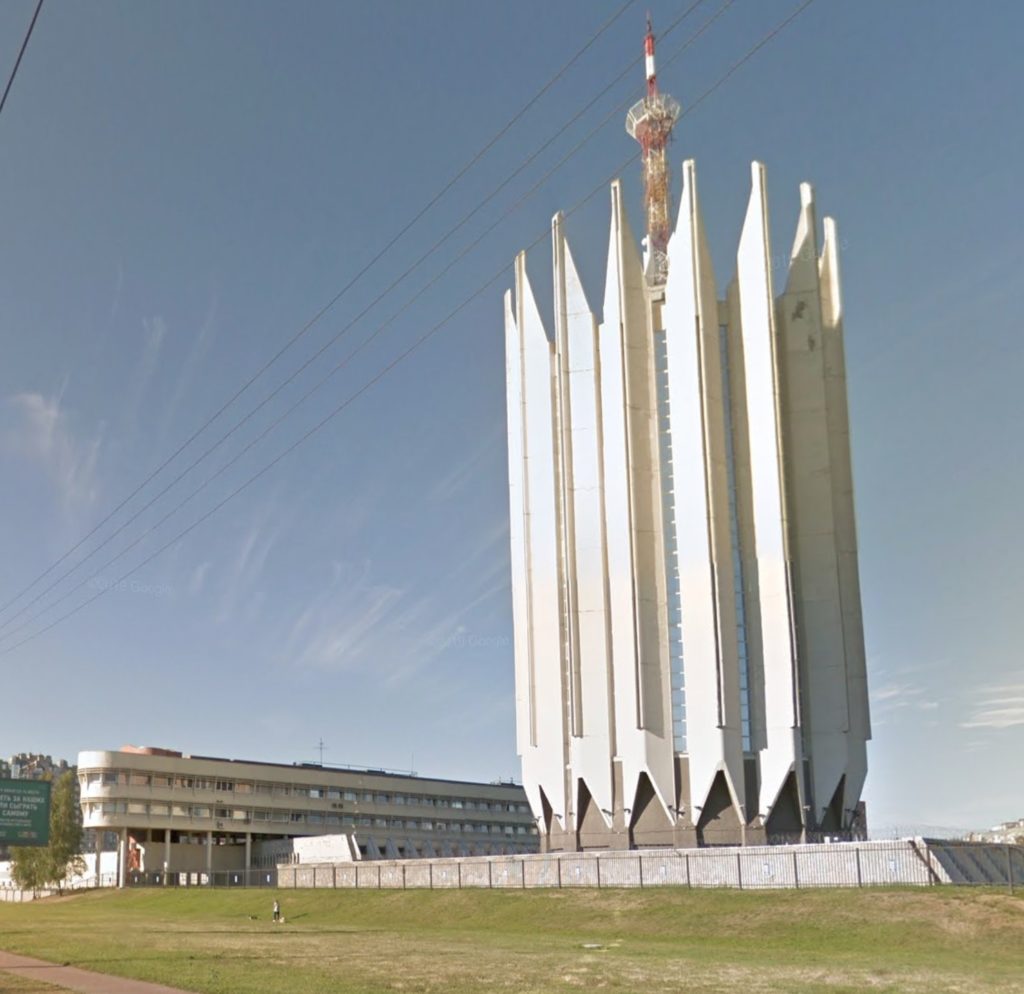 The Virgin Komi Forests cover 3.28 million ha of tundra and mountain tundra in the Urals, as well as one of the most extensive areas of virgin boreal forest remaining in Europe. This vast area of conifers, aspens, birches, peat bogs, rivers and natural …

Assumption Cathedral and Monastery of the town-island of Sviyazhsk

The Assumption Cathedral is located in the town-island of Sviyazhsk and is part of the monastery of the same name. Situated at the confluence of the Volga, the Sviyaga and the Shchuka rivers, at the crossroads of the Silk and Volga routes, Sviyazhsk was…

Shared between Mongolia and the Russian Federation, this site is an outstanding example of the Daurian Steppe eco-region, which extends from eastern Mongolia into Russian Siberia and northeastern China. Cyclical climate changes, with distinct dry and we… 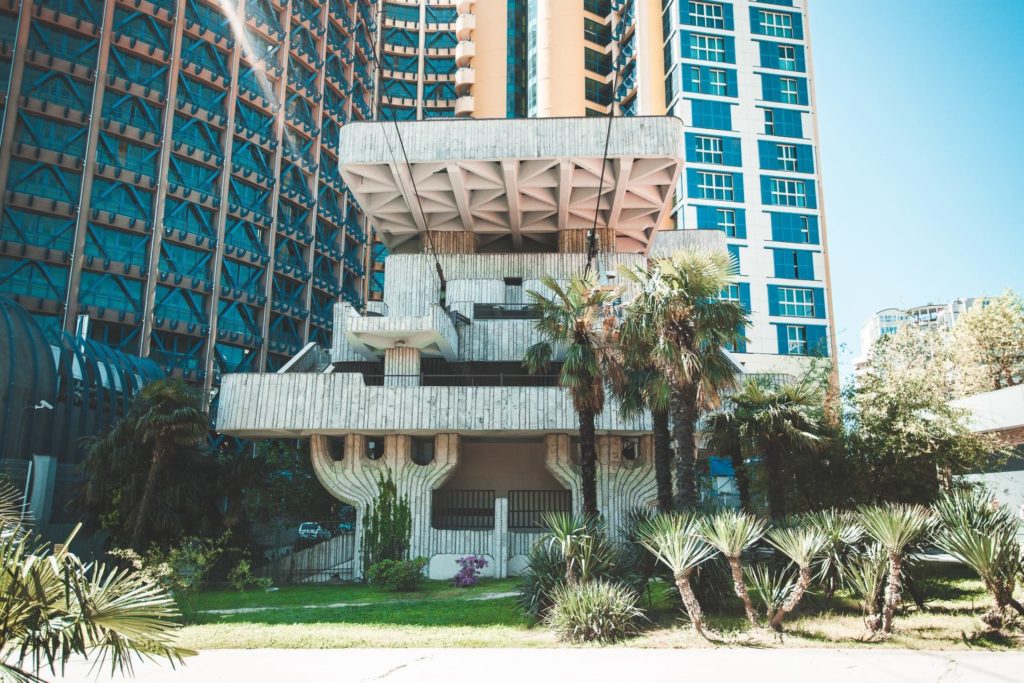 Cultural and Historic Ensemble of the Solovetsky Islands

The Solovetsky archipelago comprises six islands in the western part of the White Sea, covering about 300 km2 . They have been inhabited since the 5th century B.C. and important traces of a human presence from as far back as the 5th millennium B.C. can …

Historic and Architectural Complex of the Kazan Kremlin

Built on an ancient site, the Kazan Kremlin dates from the Muslim period of the Golden Horde and the Kazan Khanate. It was conquered by Ivan the Terrible in 1552 and became the Christian See of the Volga Land. The only surviving Tatar fortress in Russia… 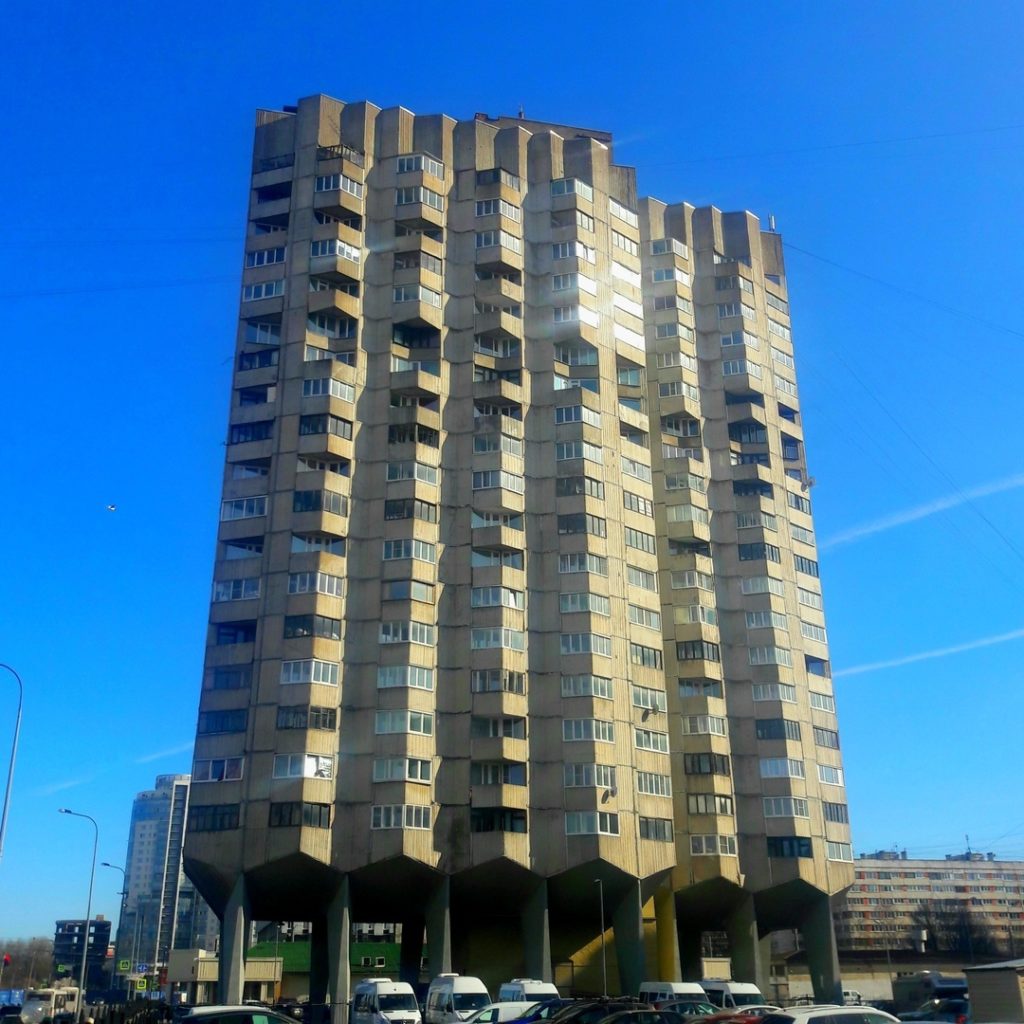 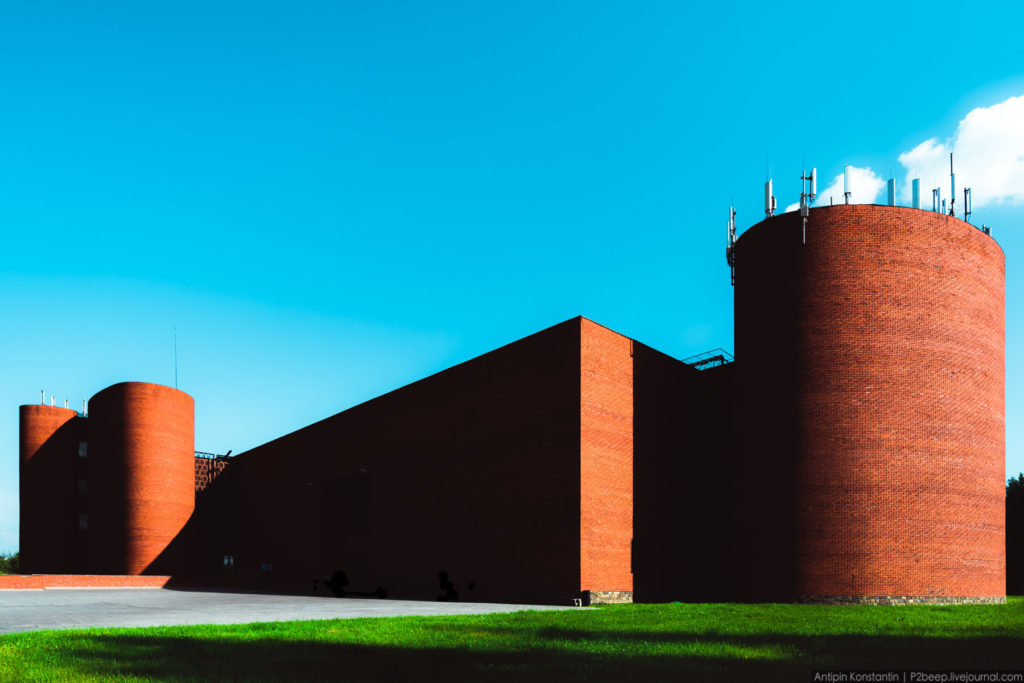 Historic Centre of Saint Petersburg and Related Groups of Monuments

The ‘Venice of the North’, with its numerous canals and more than 400 bridges, is the result of a vast urban project begun in 1703 under Peter the Great. Later known as Leningrad (in the former USSR), the city is closely associated with the October Revo… 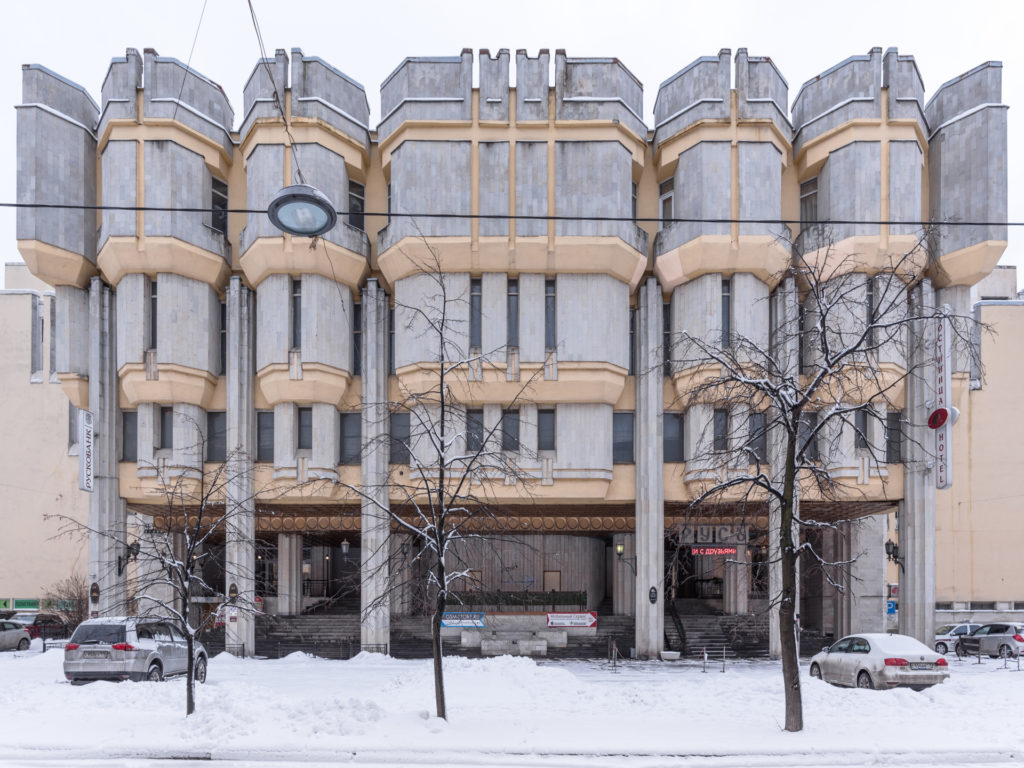 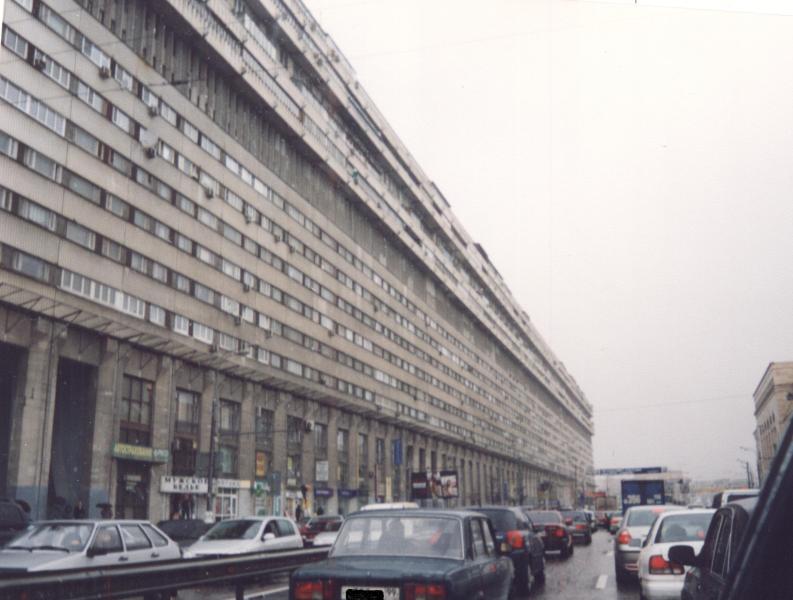 Ensemble of the Ferapontov Monastery

The Ferapontov Monastery, in the Vologda region in northern Russia, is an exceptionally well-preserved and complete example of a Russian Orthodox monastic complex of the 15th-17th centuries, a period of great significance in the development of the unifi…

This property lies on the shores of the Volga River, south of its confluence with the River Kama, and south of the capital of Tatarstan, Kazan. It contains evidence of the medieval city of Bolgar, an early settlement of the civilization of Volga-Bolgars… 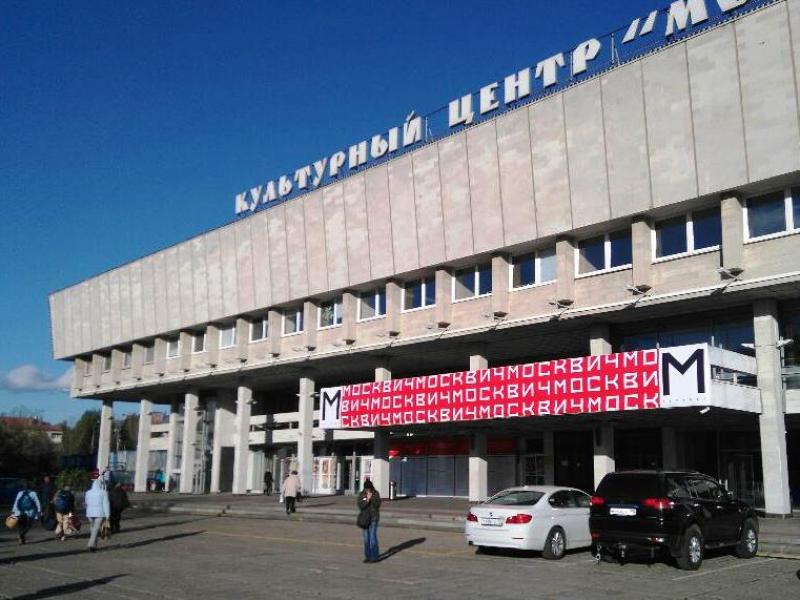 Historic Monuments of Novgorod and Surroundings

Situated on the ancient trade route between Central Asia and northern Europe, Novgorod was Russia’s first capital in the 9th century. Surrounded by churches and monasteries, it was a centre for Orthodox spirituality as well as Russian architecture. Its …

The Altai mountains in southern Siberia form the major mountain range in the western Siberia biogeographic region and provide the source of its greatest rivers – the Ob and the Irtysh. Three separate areas are inscribed: Altaisky Zapovednik and a buff…

Churches of the Pskov School of Architecture

Churches, cathedrals, monasteries, fortification towers and administrative buildings make up the site, a group of monuments located in the historic city of Pskov, on the banks of the Velikaya River in the northwest of Russia. Characteristics of these bu…

The Western Caucasus, extending over 275,000 ha of the extreme western end of the Caucasus mountains and located 50 km north-east of the Black Sea, is one of the few large mountain areas of Europe that has not experienced significant human impact. Its s… 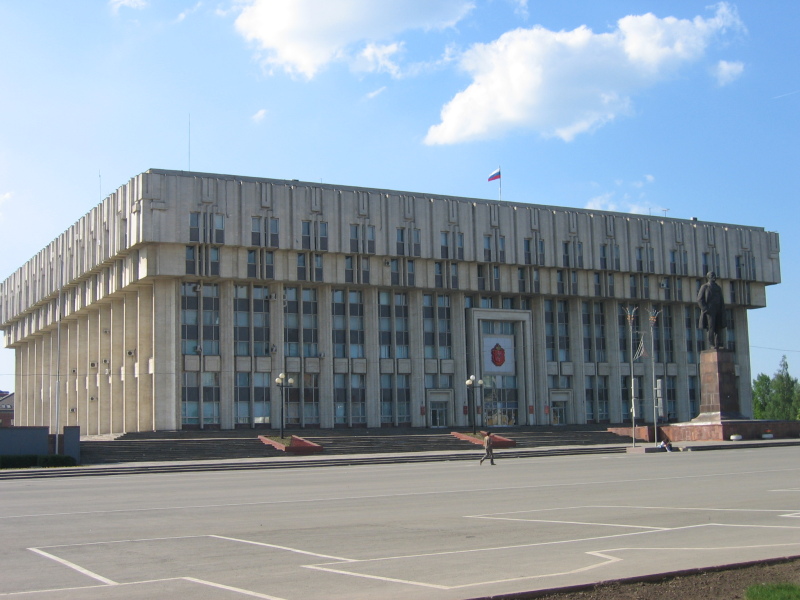 The pogost of Kizhi (i.e. the Kizhi enclosure) is located on one of the many islands in Lake Onega, in Karelia. Two 18th-century wooden churches, and an octagonal clock tower, also in wood and built in 1862, can be seen there. These unusual construction… 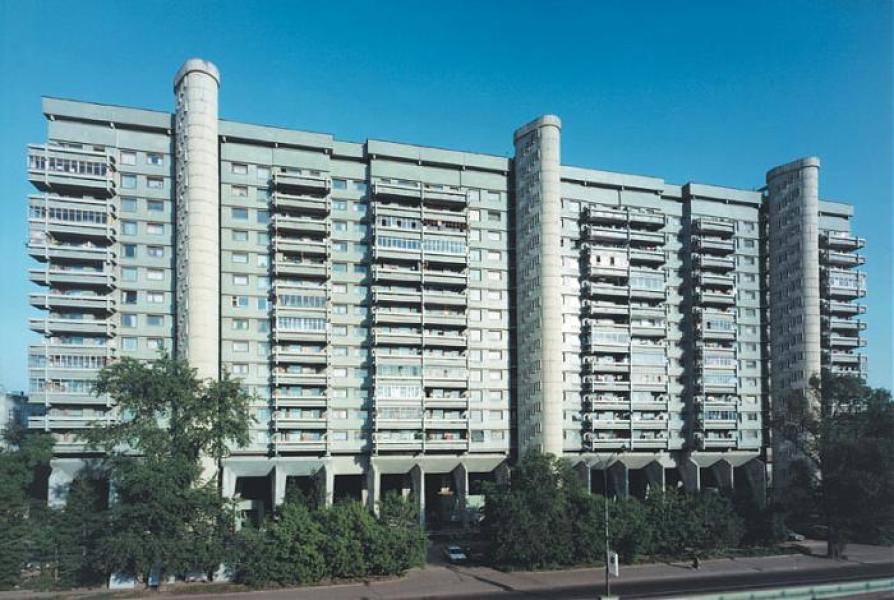 Historical Centre of the City of Yaroslavl

Situated at the confluence of the Volga and Kotorosl Rivers some 250 km north-east of Moscow, the historic city of Yaroslavl developed into a major commercial centre from the 11th century. It is renowned for its numerous 17th-century churches and is an …

The Uvs Nuur Basin (1,068,853 ha), is the northernmost of the enclosed basins of Central Asia. It takes its name from Uvs Nuur Lake, a large, shallow and very saline lake, important for migrating birds, waterfowl and seabirds. The site is made up of twe…

White Monuments of Vladimir and Suzdal

These two artistic centres in central Russia hold an important place in the country’s architectural history. There are a number of magnificent 12th- and 13th-century public and religious buildings, above all the masterpieces of the Collegiate Church of …

This is one of the most outstanding volcanic regions in the world, with a high density of active volcanoes, a variety of types, and a wide range of related features. The six sites included in the serial designation group together the majority of volcani…

Ensemble of the Novodevichy Convent

The Novodevichy Convent, in south-western Moscow, built in the 16th and 17th centuries in the so-called Moscow Baroque style, was part of a chain of monastic ensembles that were integrated into the defence system of the city. The convent was directly as…

The Citadel, Ancient City and Fortress Buildings of Derbent were part of the northern lines of the Sasanian Persian Empire, which extended east and west of the Caspian Sea. The fortification was built in stone. It consisted of two parallel walls that fo…

Church of the Ascension, Kolomenskoye

The Church of the Ascension was built in 1532 on the imperial estate of Kolomenskoye, near Moscow, to celebrate the birth of the prince who was to become Tsar Ivan IV (‘the Terrible’). One of the earliest examples of a traditional wooden tent-roofed chu… 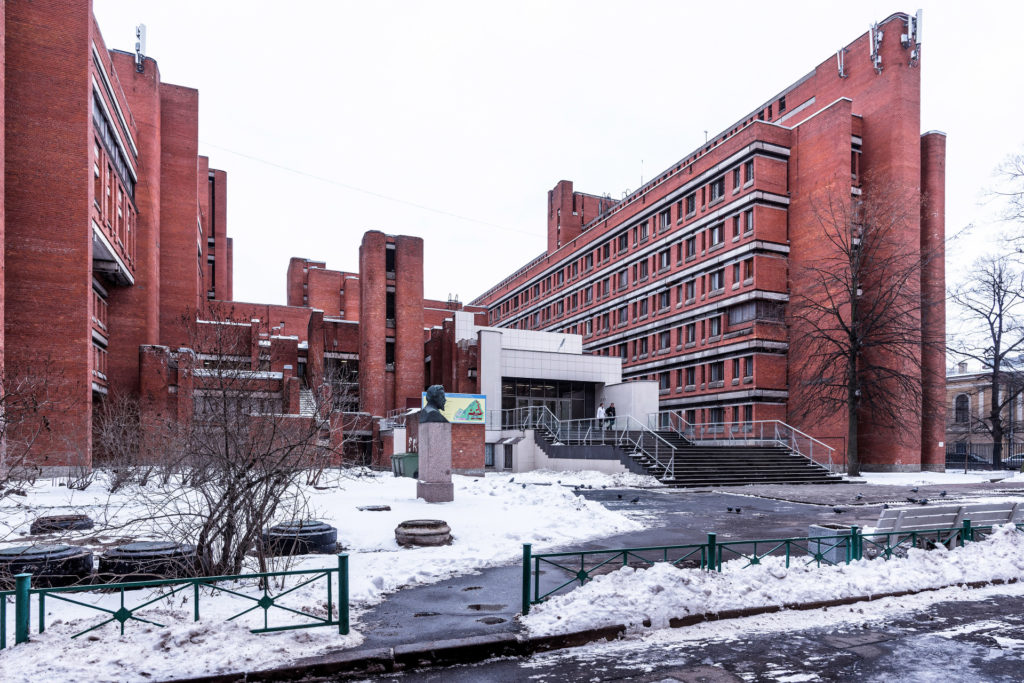 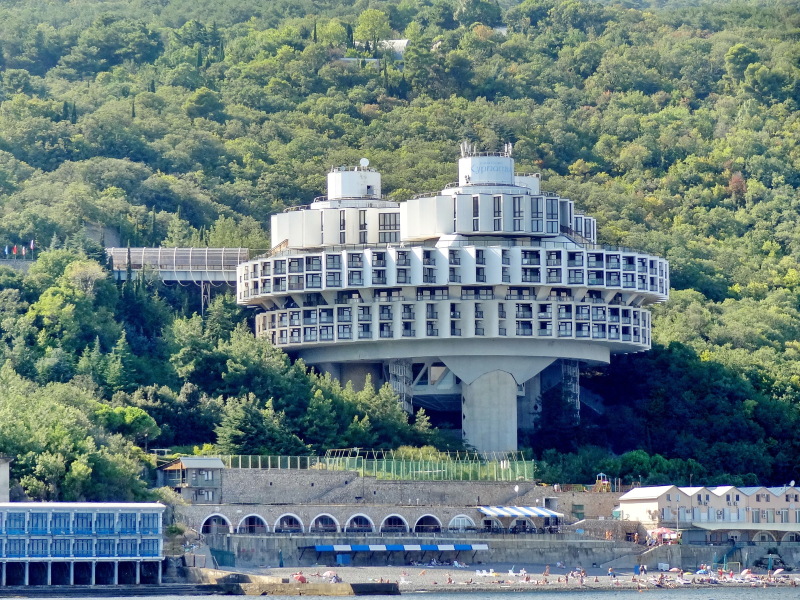 Located well above the Arctic Circle, the site includes the mountainous Wrangel Island (7,608 km2), Herald Island (11 km2) and surrounding waters. Wrangel was not glaciated during the Quaternary Ice Age, resulting in exceptionally high levels of biodive… 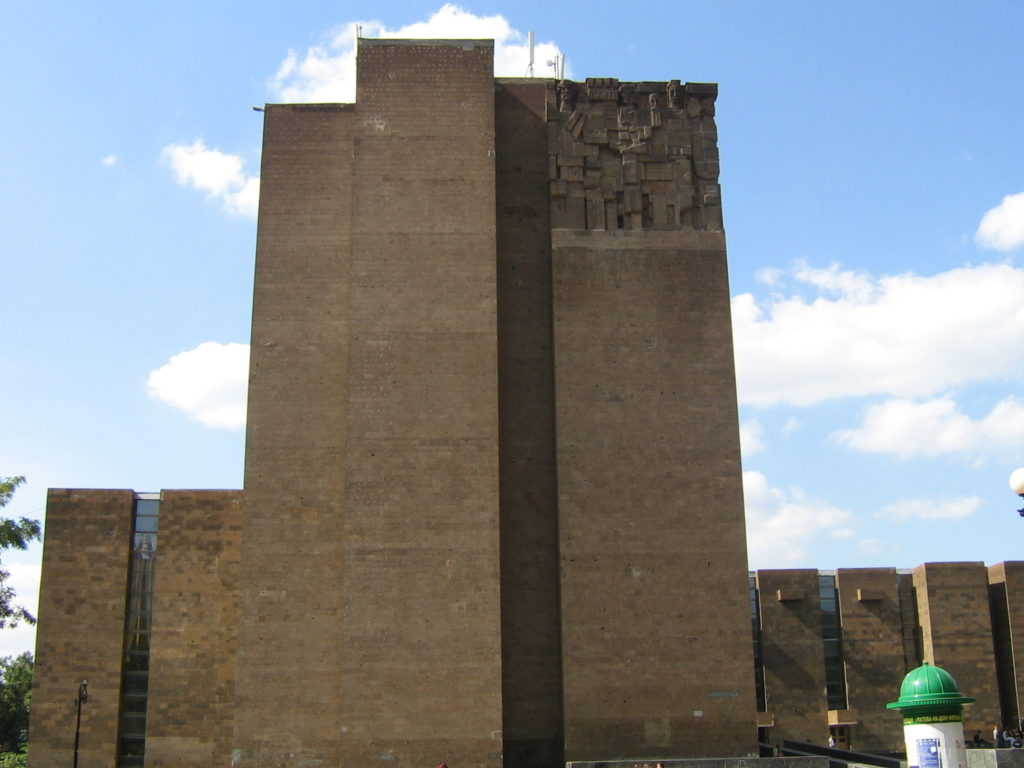