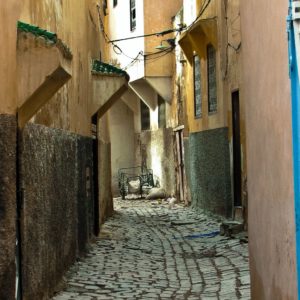 Founded in the 11th century by the Almoravids as a military settlement, Meknes became a capital under Sultan Moulay Ismaïl (1672–1727), the founder of the Alawite dynasty. The sultan turned it into a impressive city in Spanish-Moorish style, surrounded by high walls with great doors, where the harmonious blending of the Islamic and European styles of the 17th century Maghreb are still evident today.