Skip to content
We just completely updated our website. Let us know if you are encountering any issues.
Close
I visited | 0 | 0
CulturalSince 2004 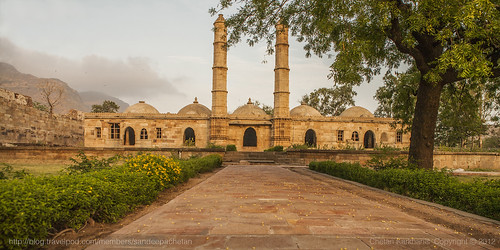 A concentration of largely unexcavated archaeological, historic and living cultural heritage properties cradled in an impressive landscape which includes prehistoric (chalcolithic) sites, a hill fortress of an early Hindu capital, and remains of the 16th-century capital of the state of Gujarat. The site also includes, among other vestiges, fortifications, palaces, religious buildings, residential precincts, agricultural structures and water installations, from the 8th to 14th centuries. The Kalikamata Temple on top of Pavagadh Hill is considered to be an important shrine, attracting large numbers of pilgrims throughout the year. The site is the only complete and unchanged Islamic pre-Mughal city.