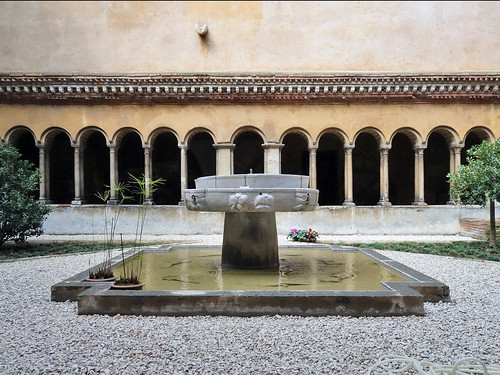 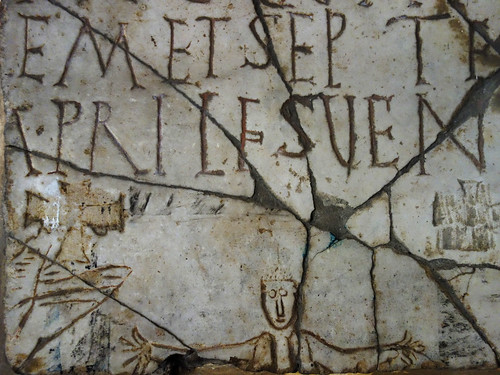 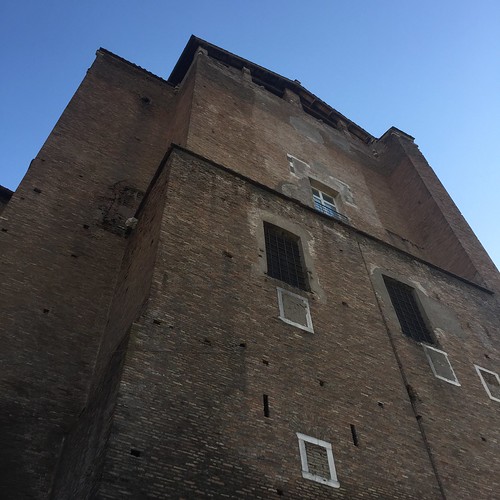 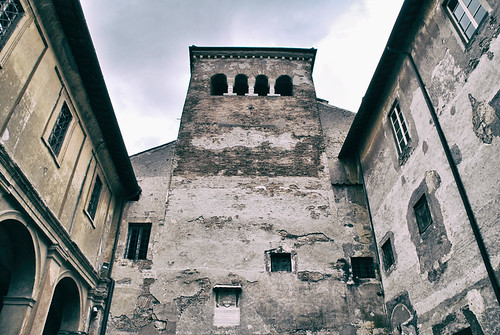 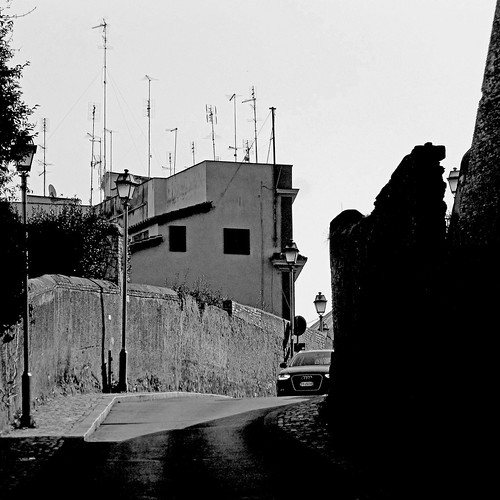 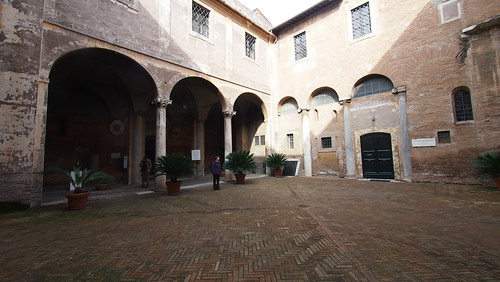 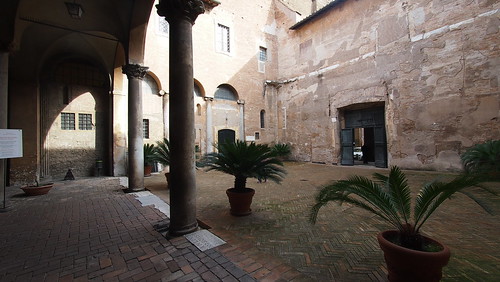 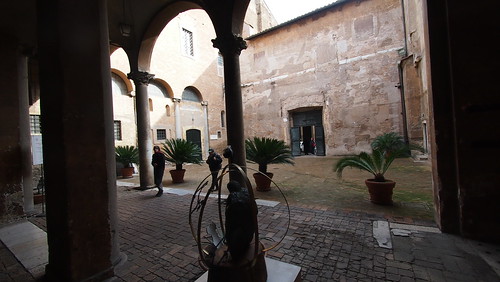 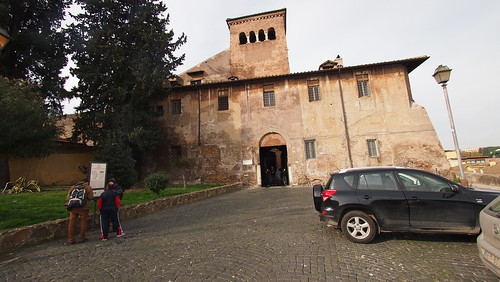 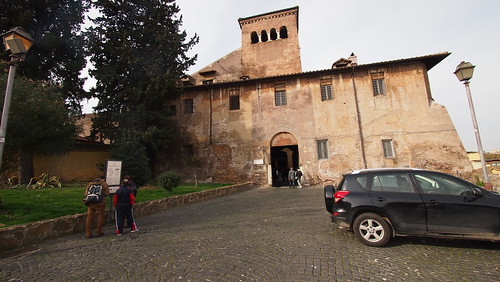 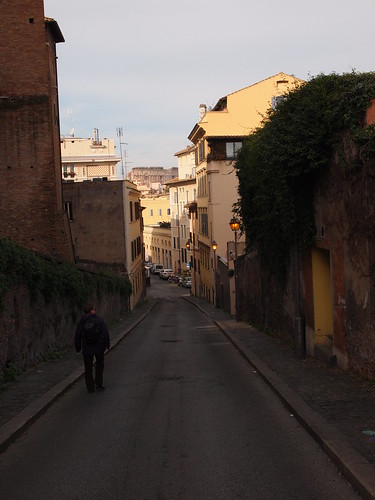 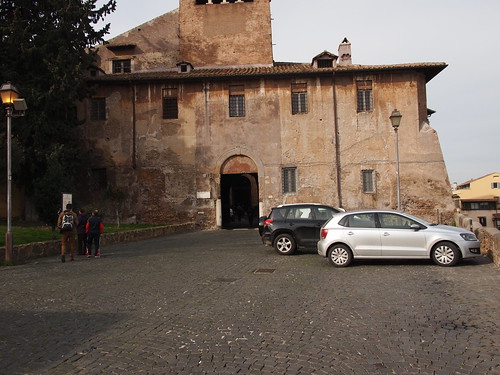 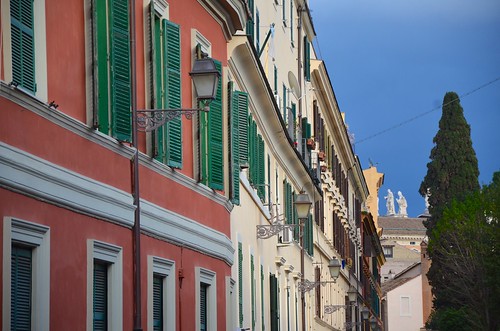 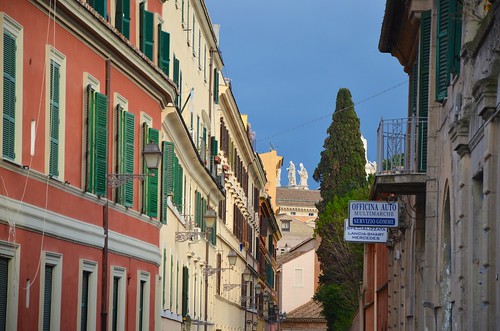 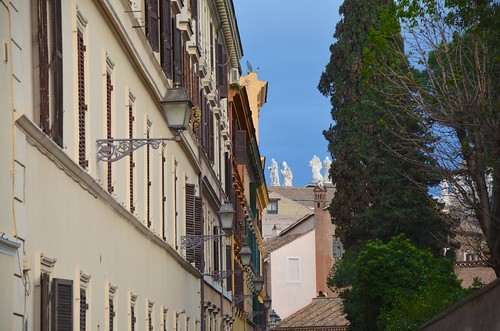 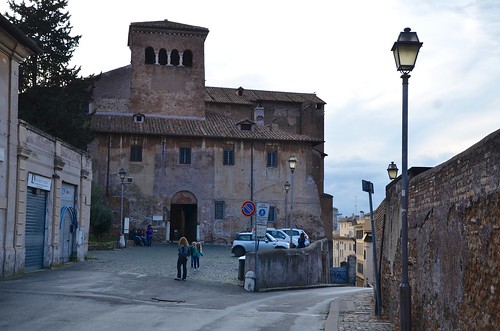 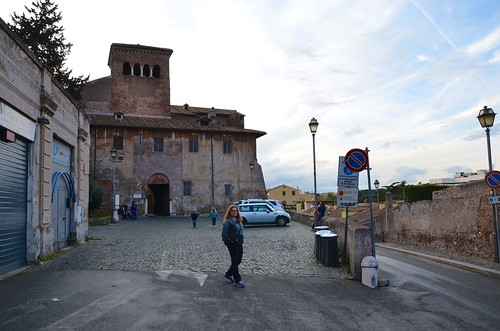 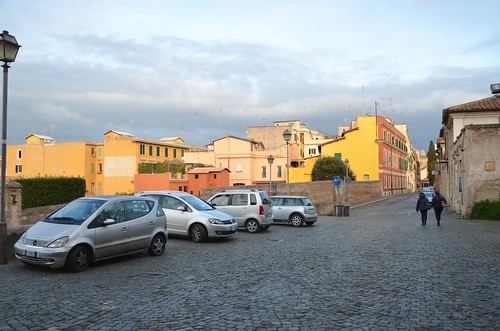 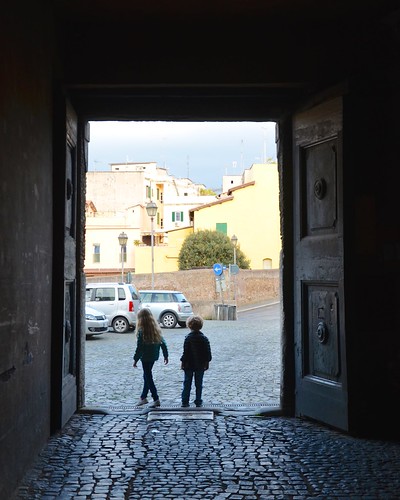 This walk passing a number of Romanesque campanili  (bell towers) of Rome is in the Centro Storico district. (There is a possibility of including an excursion by tram to the district of Tiburtina).
It will take just over 1 hour, not counting time for viewing and other breaks (and not counting the trip by tram).
Starting point is the Via dei Santi Quattro Coronati in front of the church of the same name in the Celio neighbourhood.