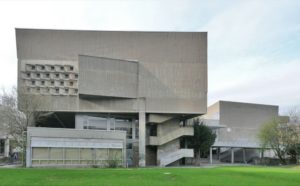 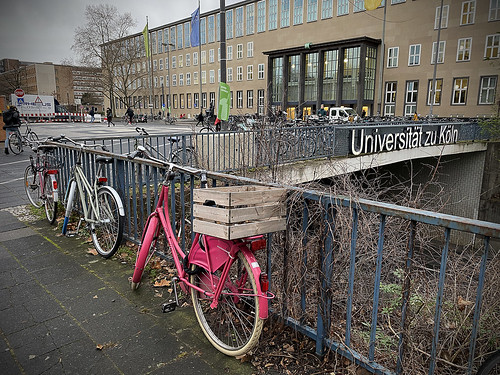 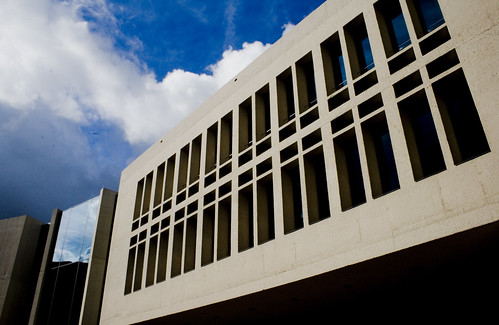 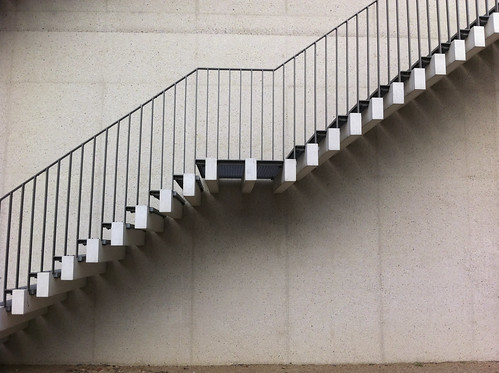 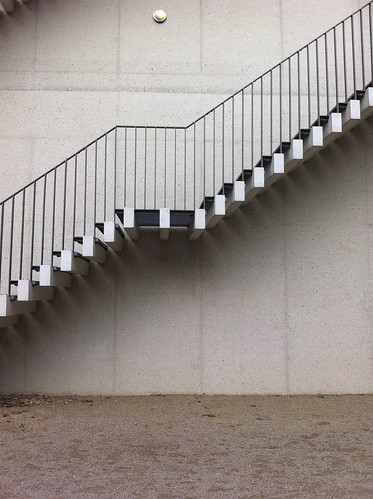 In 1960 Gutbrod won the competition for the lecture hall. Originally, there were three auditoriums  built on stilts. Later on three more halls had been added on the ground floor. The foyer opened to all sides, integrating the building into the path system of the campus. The building shows great plasticity with projecting and rejecting masses. The outer walls are made of aluminum, brick and concrete. Another characteristic element are the massive waterspouts. Gutbrod was also awarded the adjacent University Library. (Special Thanks to Ira Scheibe)