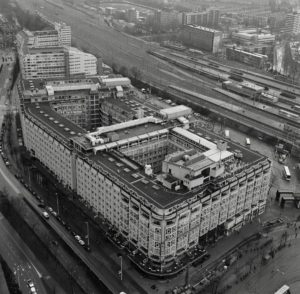 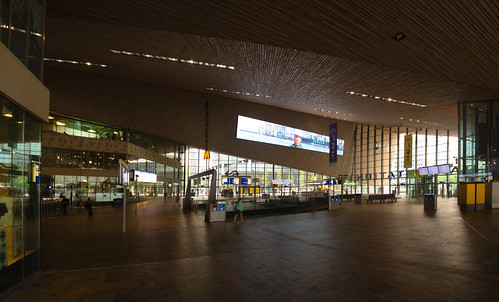 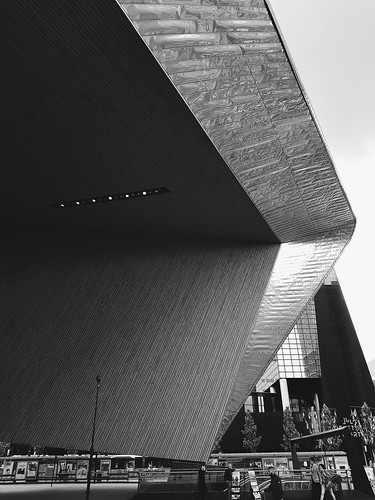 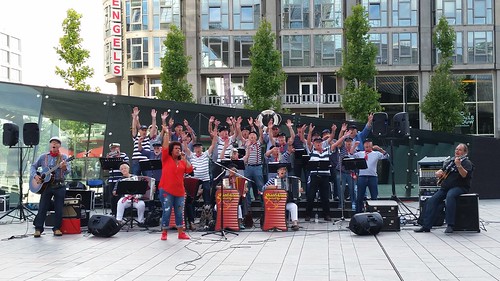 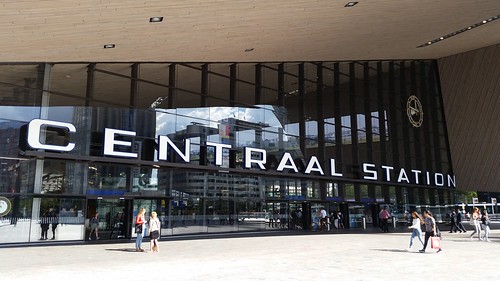 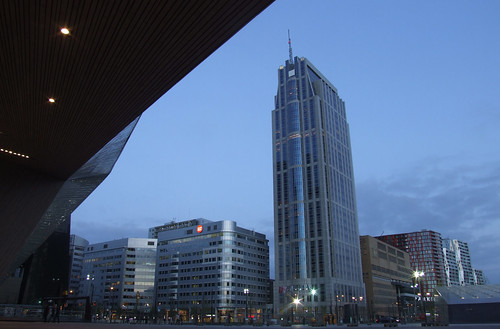 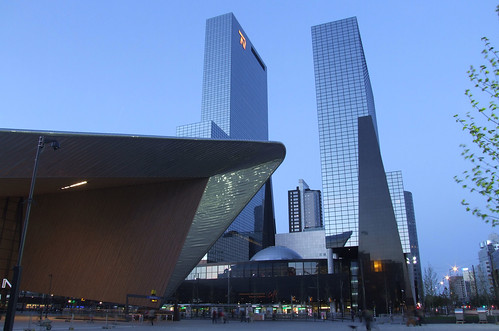 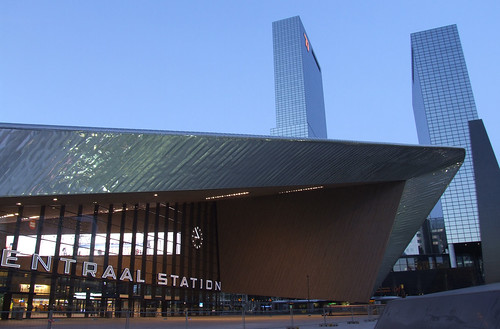 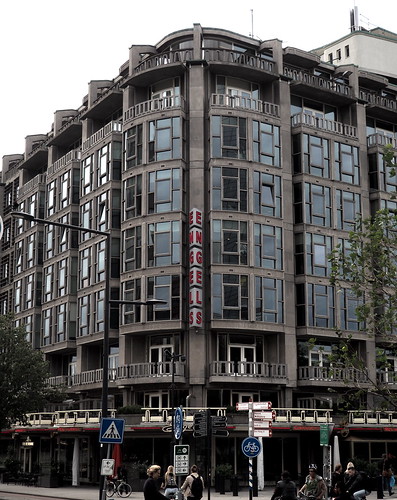 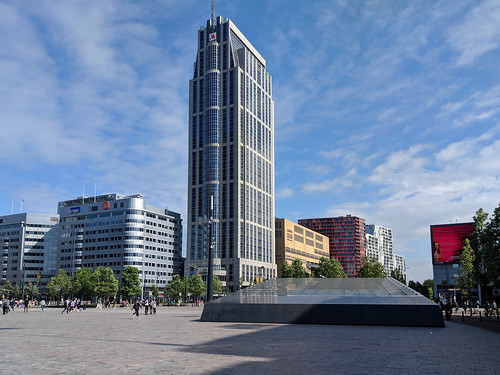 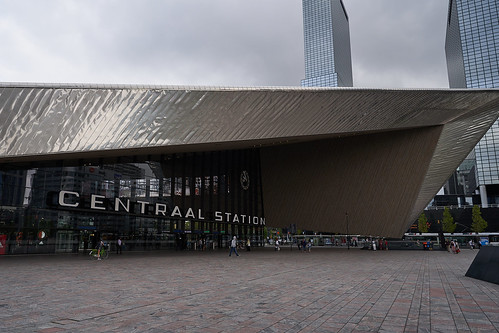 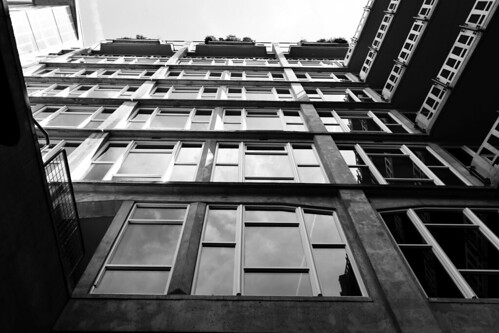 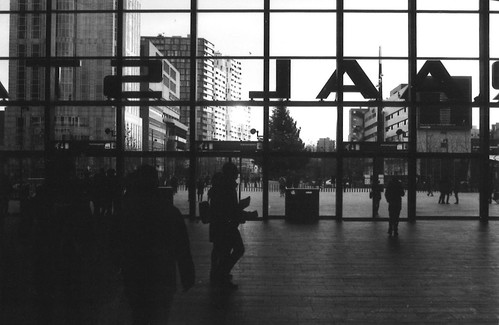 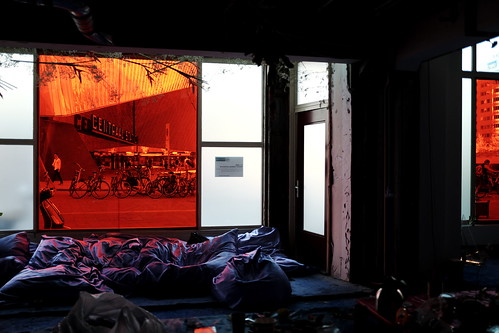 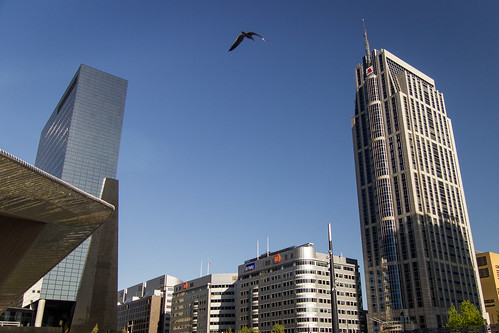 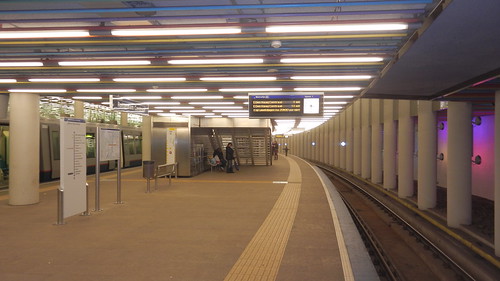 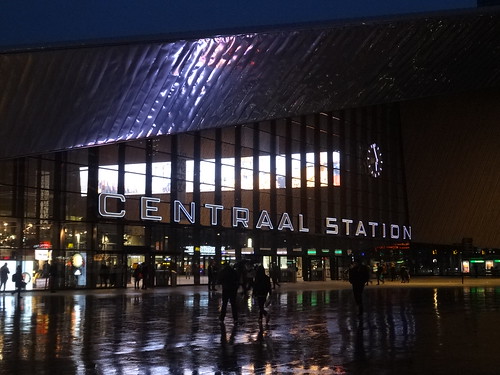 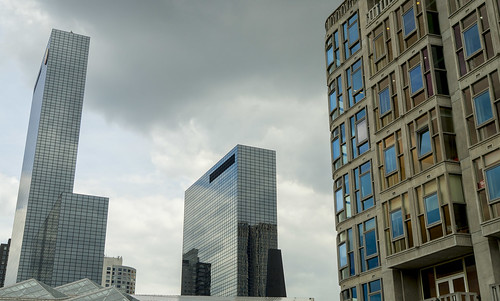 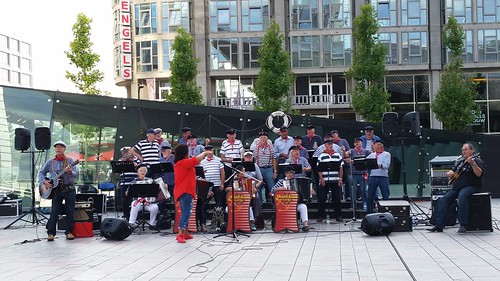 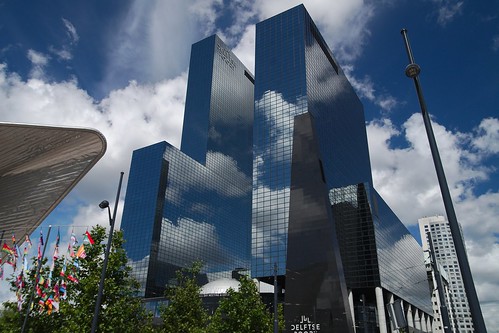 The Groothandelsgebouw is a large office building next to the Central Station of Rotterdam. It was built for companies which lost their office spaces during the German bombardment in 1940. The pavilion on the roof used to house a cinema. The perimeter block is constructed around two interior courtyards, crossed by delivery streets. Its construction consists of a grid of octagonal concrete columns, and the façades are made of pre-cast concrete elements. (Special thanks to Anneke Bokern)