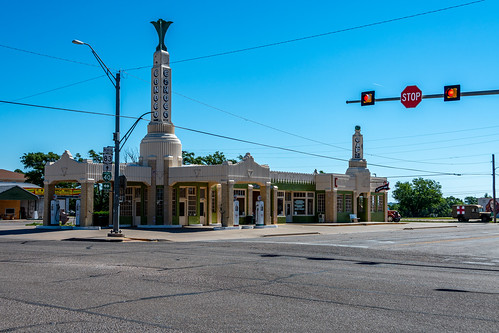 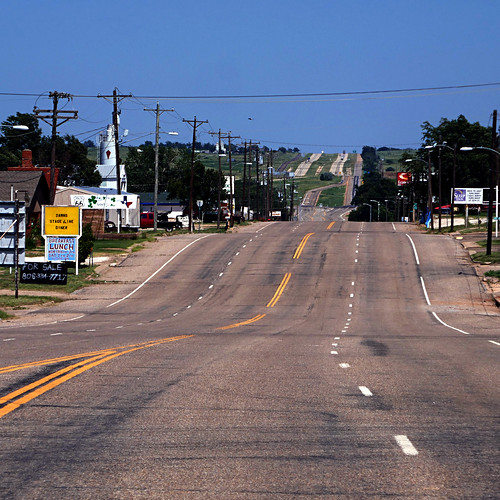 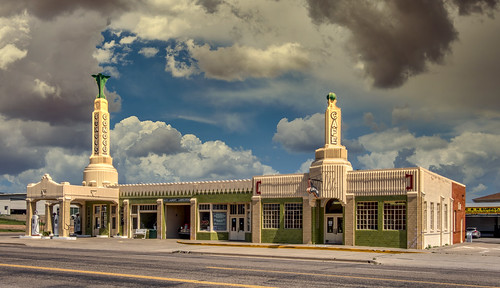 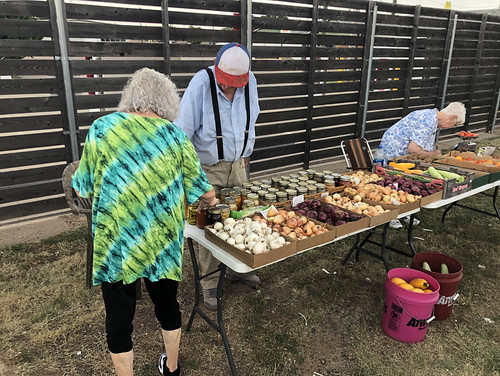 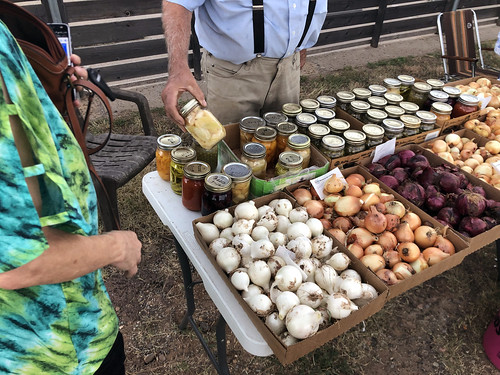 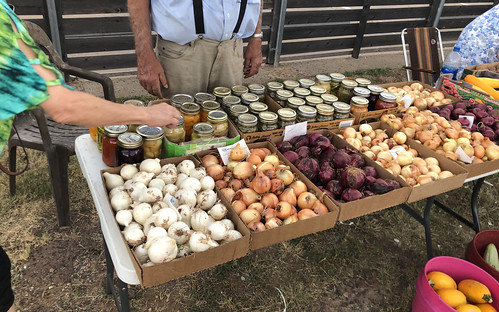 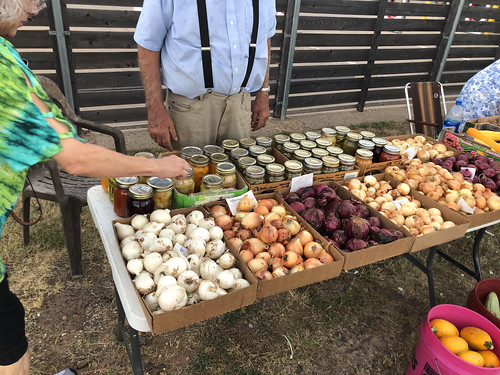 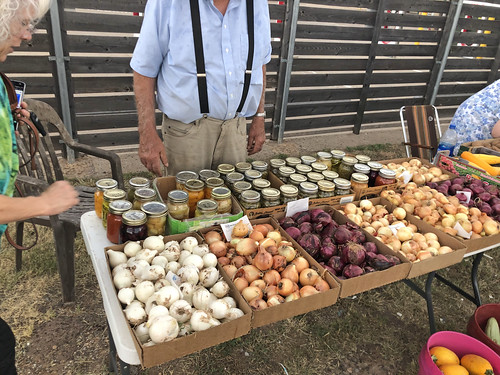 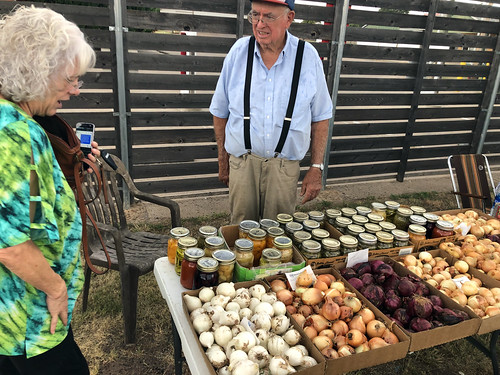 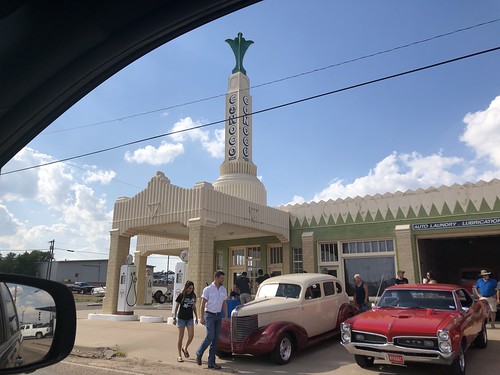 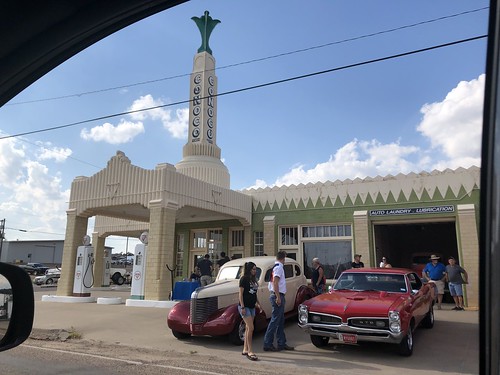 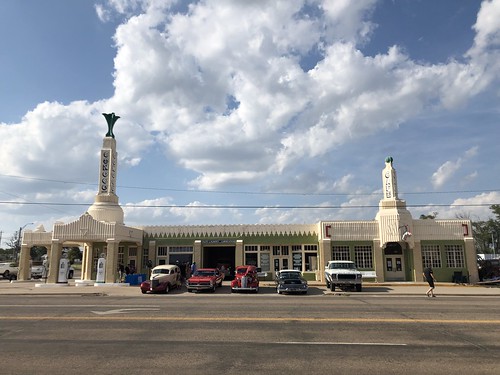 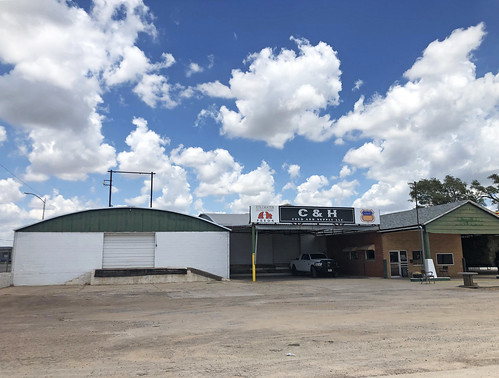 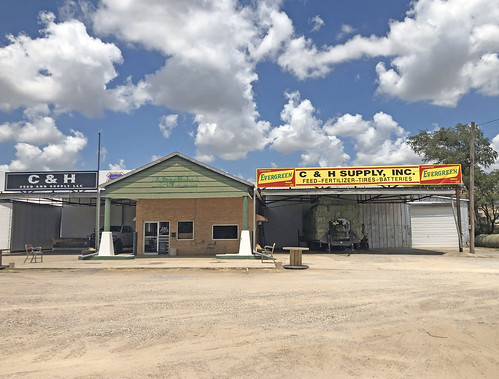 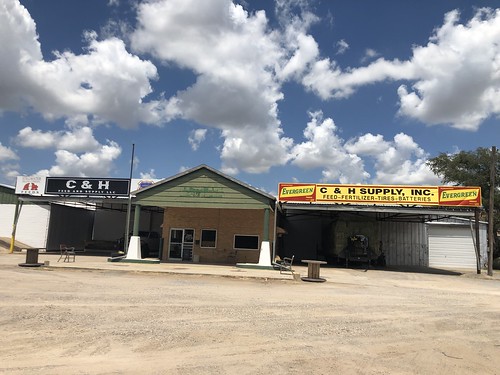 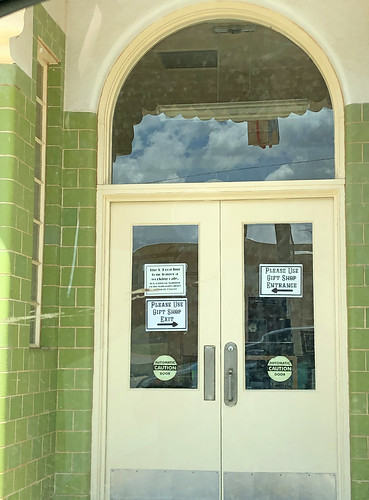 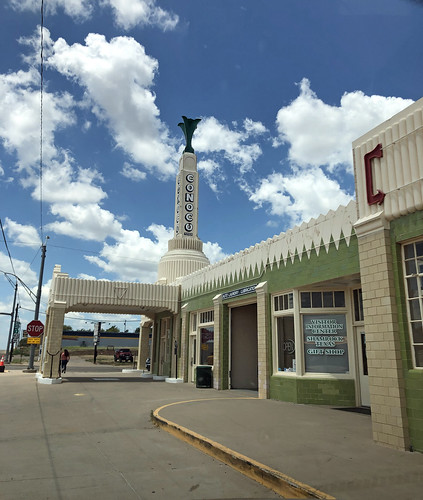 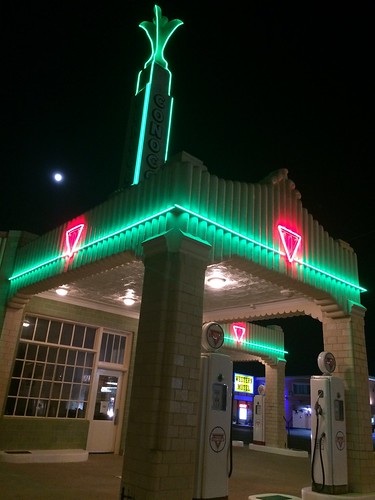 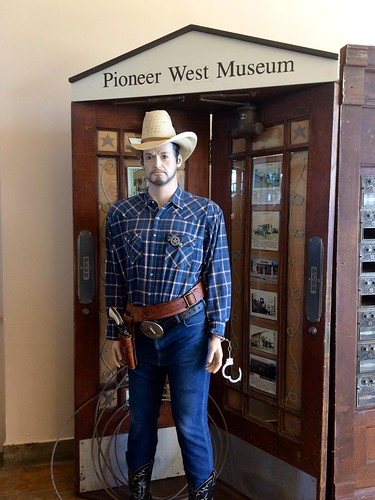 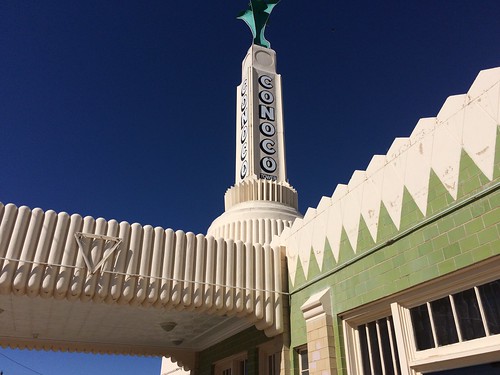 Built in 1936, the U-Drop Inn in Shamrock, Texas, was kind of a big deal. With its prime location on iconic Route 66, the café with its connected Tower Station was one of the first commercial businesses along the route. The road itself was a fairly new addition to the country’s landscape, with the roadway being designated Route 66 just ten years earlier.

This Art Deco building included the Tower Conoco Station, so named for the metal tulip-topped tower attached to the building; a café, which was given the name U-Drop Inn by a local student who won a building naming contest (and five dollars); and a space that was to hold retail. At one time, the U-Drop Inn was called “the swankiest of swank eating places” and “the most up-to-date edifice of its kind on U.S. Highway 66 between Oklahoma City and Amarillo.” The café was the only the one around in a 100 mile radius, so it wasn’t just swanky, it was crowded. The space that was to be used as retail was converted to additional café seating and a ballroom the next year.