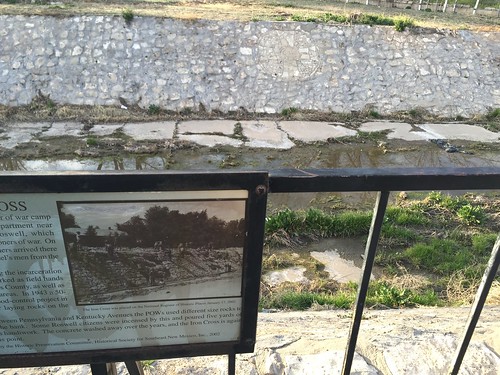 Roswell, New Mexico, may be forever linked with its strange UFO sightings, but there are other, lesser known oddities to be found in the town. For instance, the nearly forgotten Iron Cross symbol created by German prisoners of war along the river bank.

During World War II, about 4,800 German prisoners were held in a POW camp just outside Roswell. While the majority of prisoners labored on farms, a group of men worked in the city on a flood control project in town, paving the banks of the Spring River with stone.