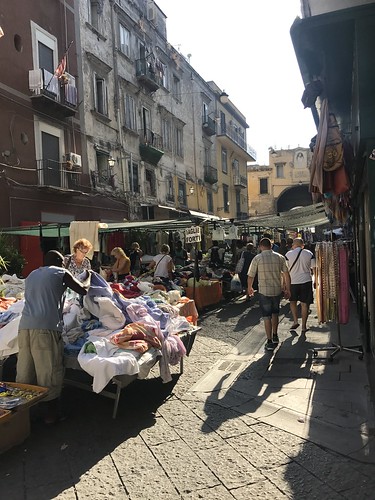 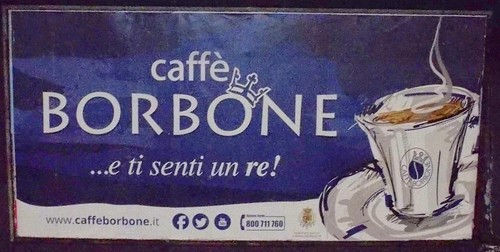 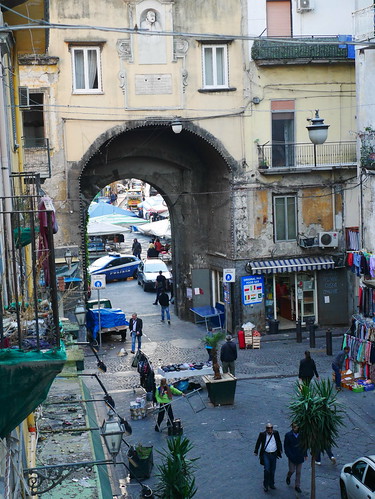 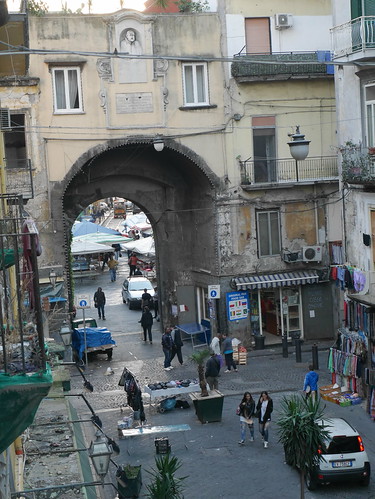 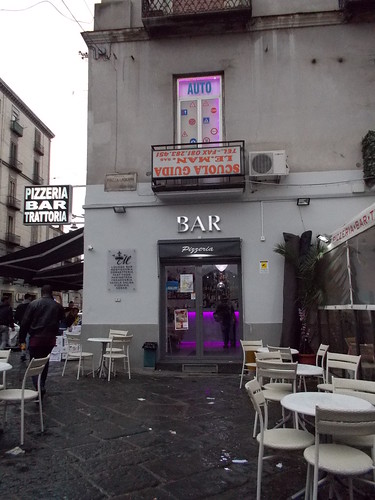 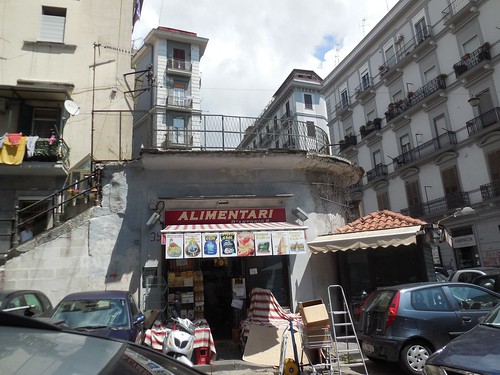 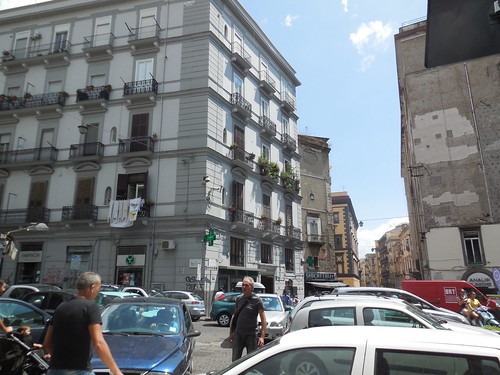 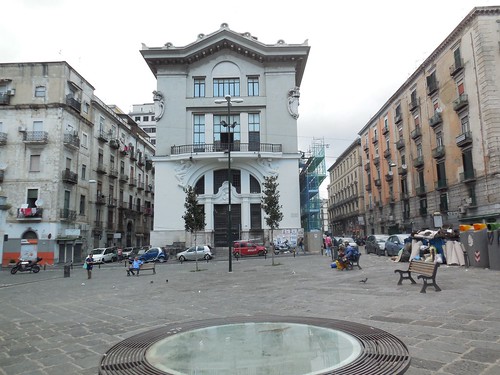 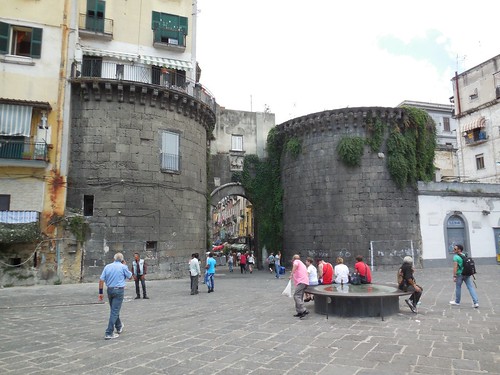 Porta Nolana is one of the few remaining medieval city gates of Naples. The massive structure was constructed during the 15th century to replace an older gate in the Forcella district, Porta del Cannavaro, to further support the city’s growth. Its name derives from the road that began in the city and led to the city of Nola.

The gate itself is a rounded arch and once contained frescoes that have long since faded. Porta Nolana retains its two large flanking bastions that are largely composed of Piperno rock. They are known as the Torre della Fede (Tower of Faith) to the south, and the Torre della Speranza (Tower of Hope) to the north. Decorations along the towers include a relief of Ferrante I the King of Naples, a bust of San Cajetan, and coats-of-arms.