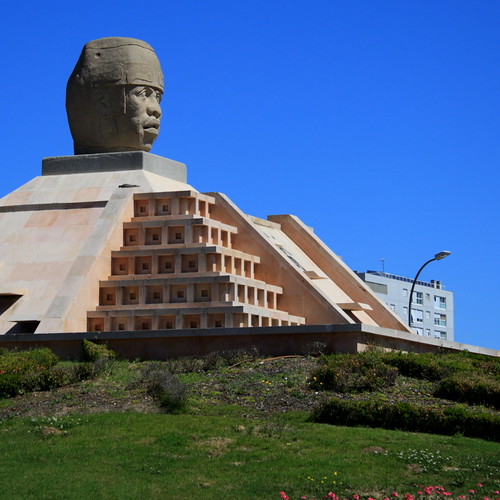 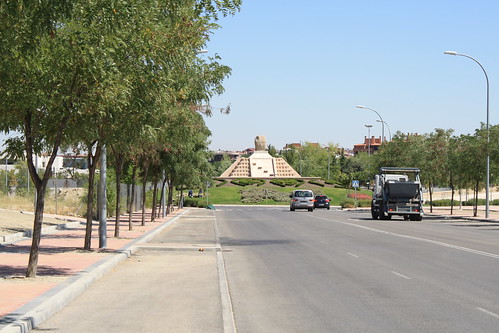 A large head, perched atop a stepped pyramid, keeps an unblinking eye on drivers as they whirl around a traffic circle in Madrid. The odd sight looks as though it should be behind glass in museum, not plopped outside and encircled by a steady stream of cars.

The looming roadside structure is actually an exact replica of an Olmec head known as “Colossal Head 8” which was carved sometime between 1200 and 900 BC. Also called “The King,” the ancient boulder that inspired this new version is one of 17 colossal heads discovered throughout Mexico.