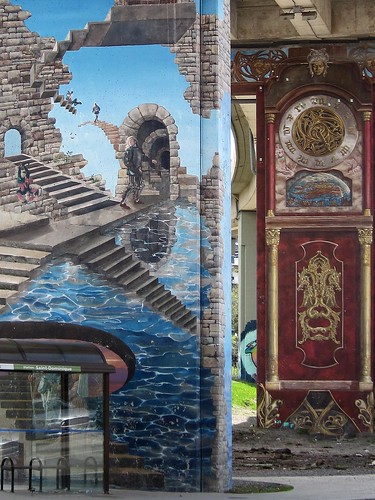 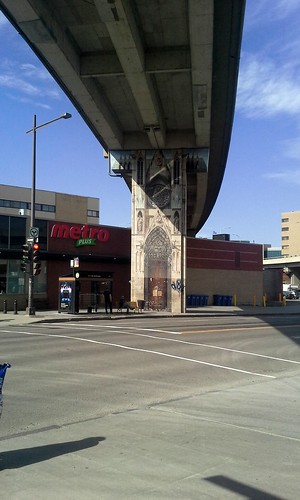 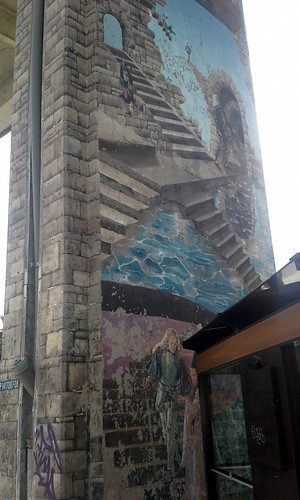 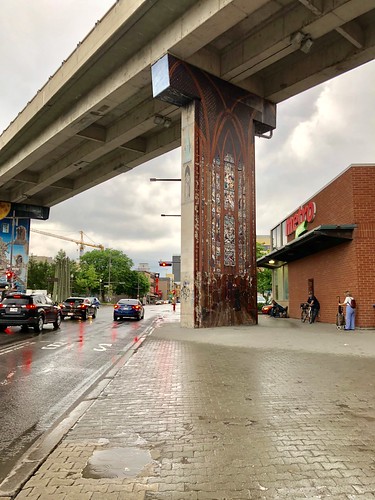 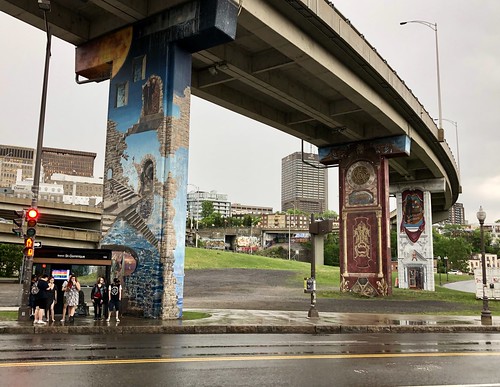 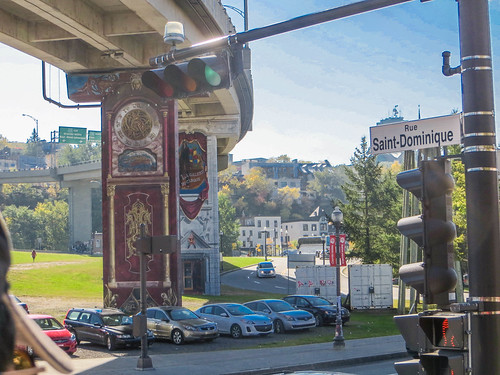 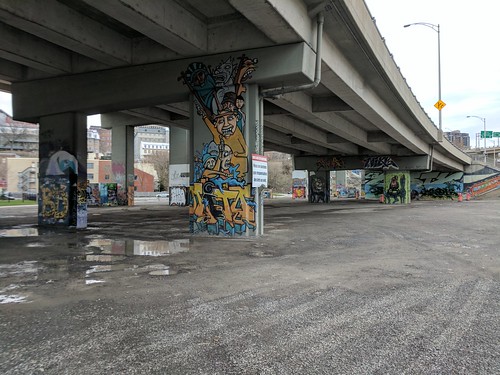 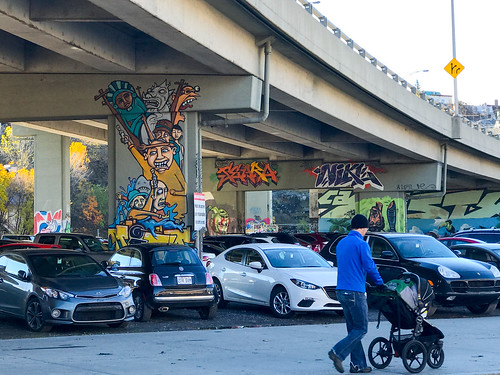 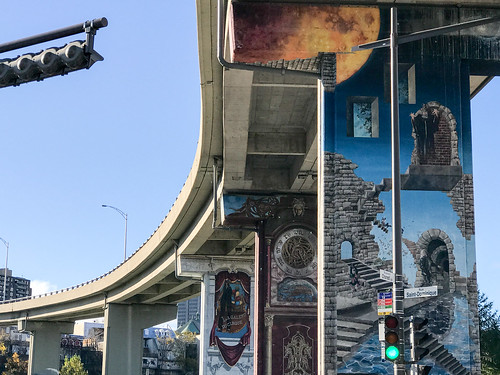 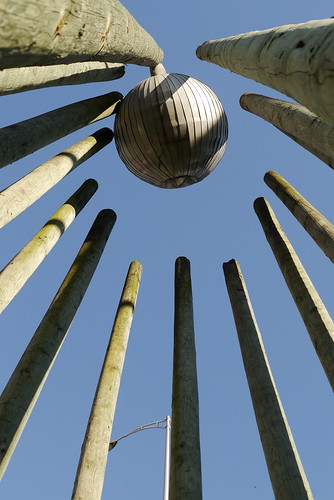 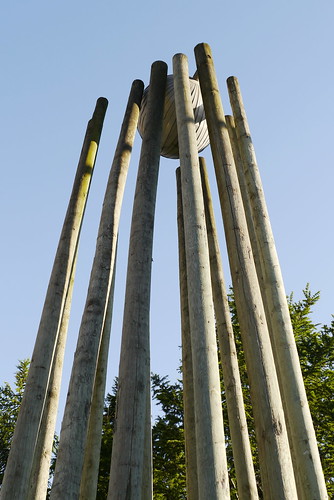 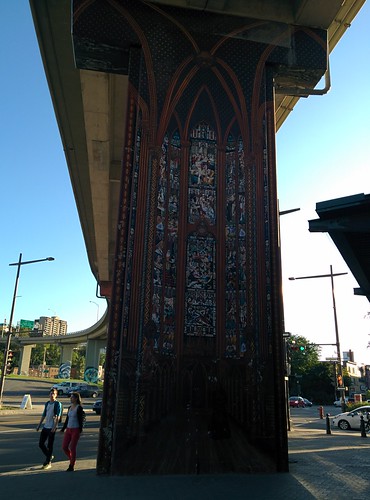 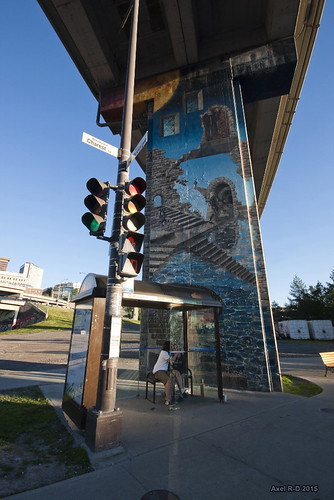 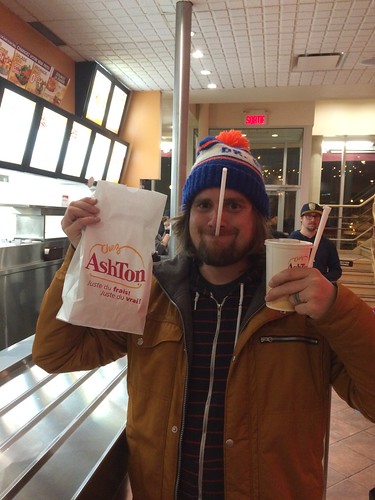 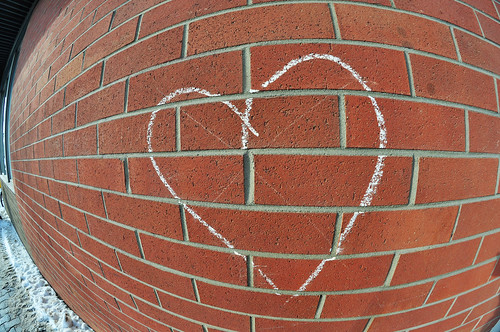 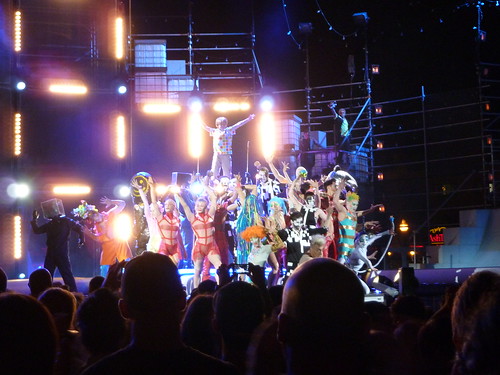 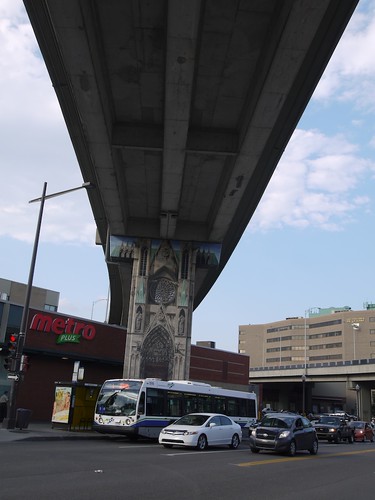 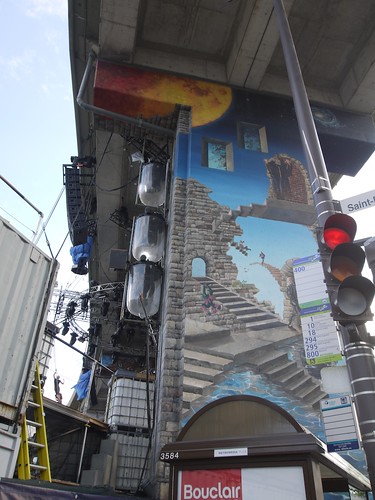 Originally an industrial area, the Saint-Roch of today is a revitalized neighborhood with cafes, restaurants, clubs, art studios, and indie boutiques.

However, when the highway was first constructed, it was unwelcome. During the early 1970s, as people began to flood to the suburbs in Quebec City, the Canadian government built highways like this one to accommodate the population shift. Neighborhoods were changed forever. In April 1972, 2000 parishioners of Notre-Dame-de-Saint-Roch were notified that their homes would soon be demolished so that the highway could be completed.

More at the source
#art #graffiti