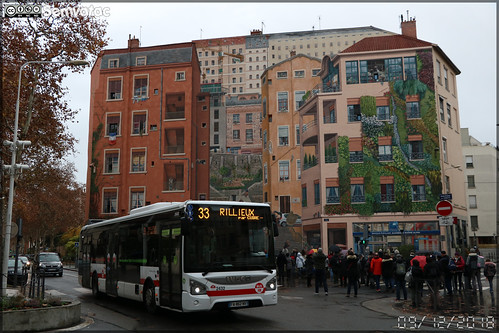 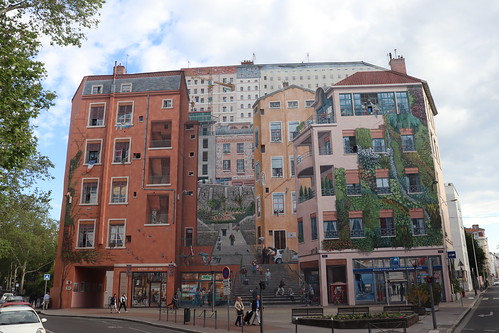 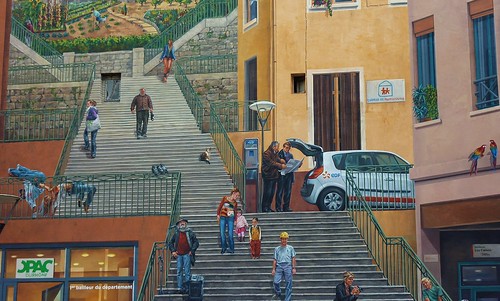 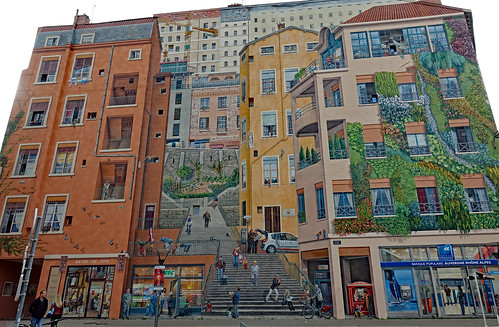 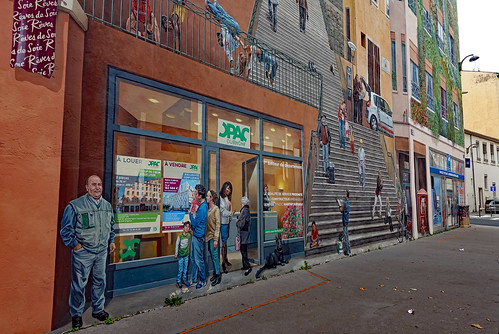 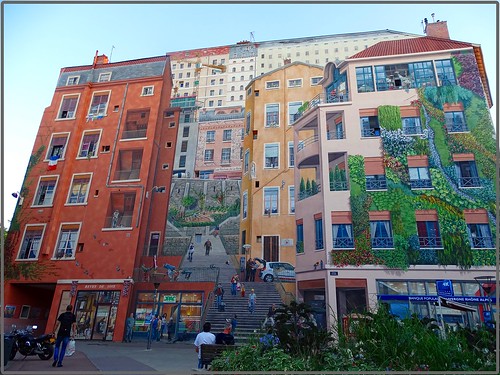 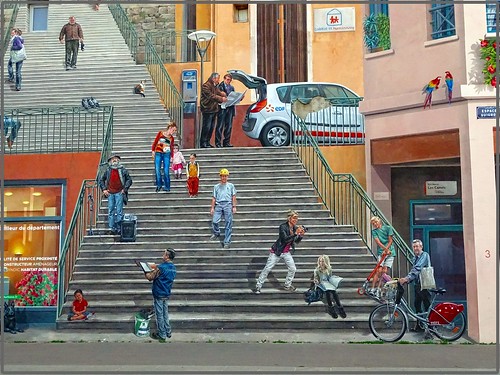 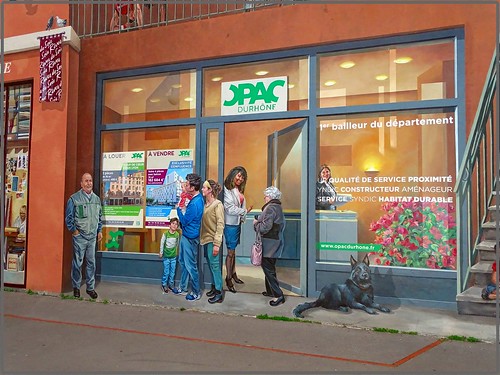 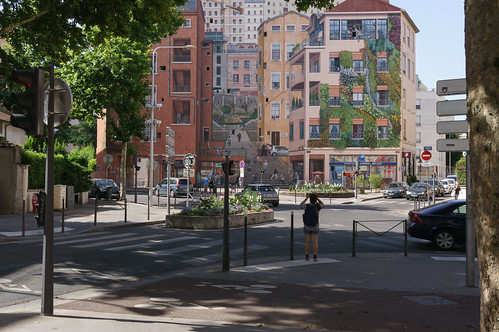 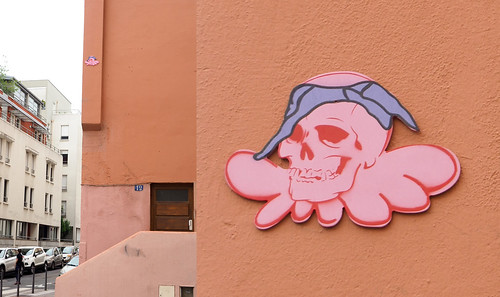 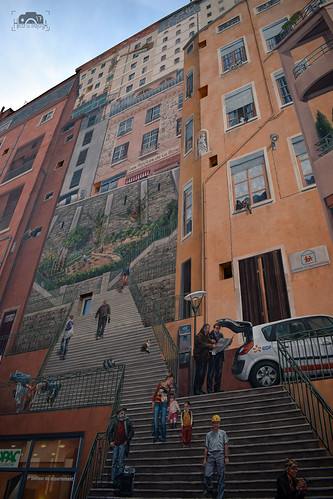 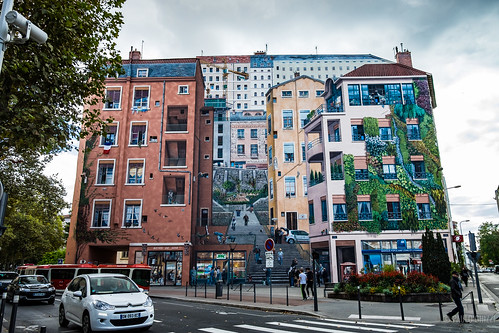 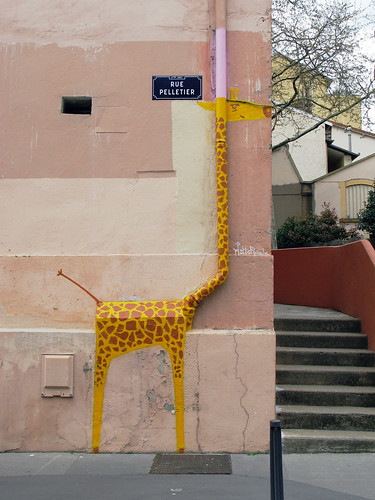 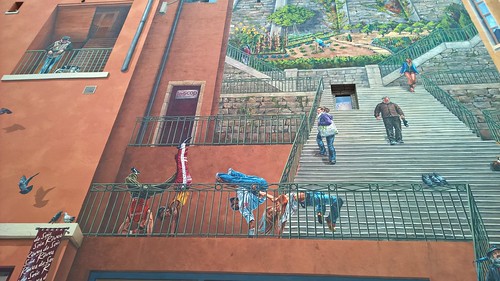 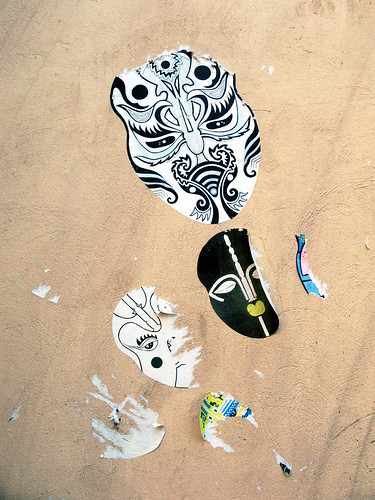 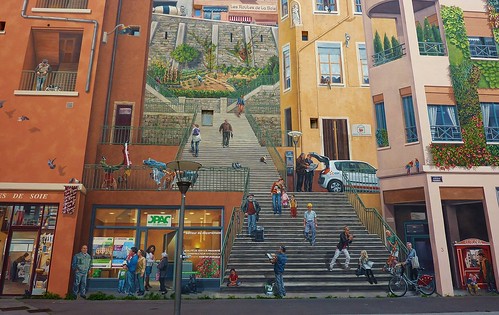 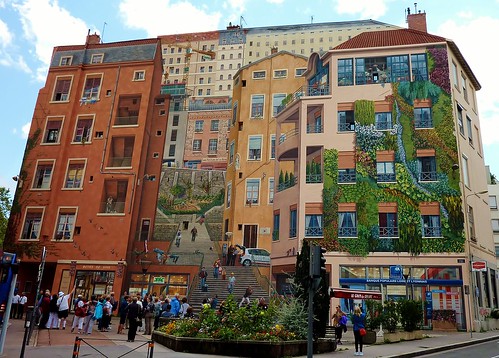 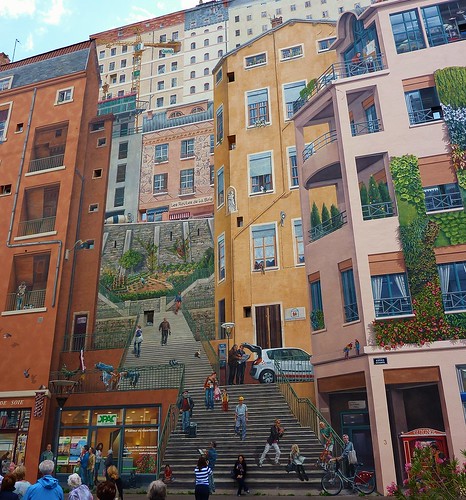 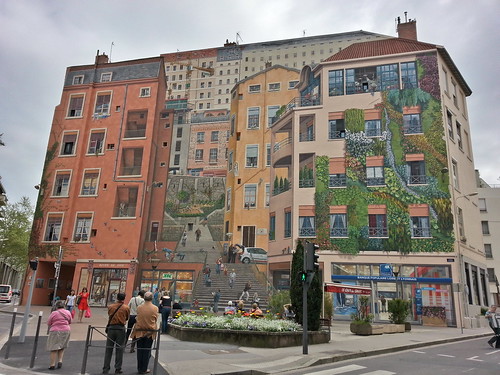 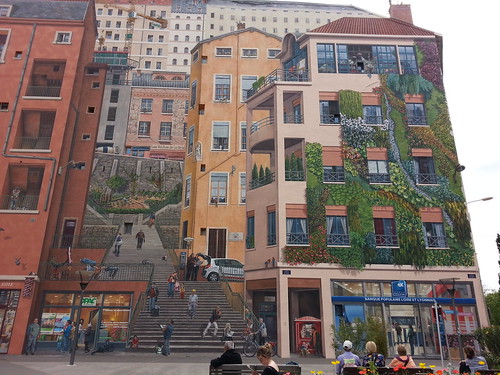 Painted in the trompe-l’oeil style (trick the eye), “Le Mur des Canuts” is a gigantic mural depicting ordinary life in the La Croix-Rousse neighborhood of Lyon, France. Hyperrealistic in imagery and packed with intricate details, this massive mural is considered one of the largest displays of public art in Europe.

CitéCréation, a group of mural painters, initially created the mural in 1987 to pay homage to the history of the neighborhood. La Croix-Rousse was the economic nerve center of Lyon’s silk industry during the 19th century. The word canut in French means “weaver” and refers to the silk weavers who lived and worked in La Croix-Rousse. In the late 19th century, nearly half of Lyon’s working population was employed by the industry.