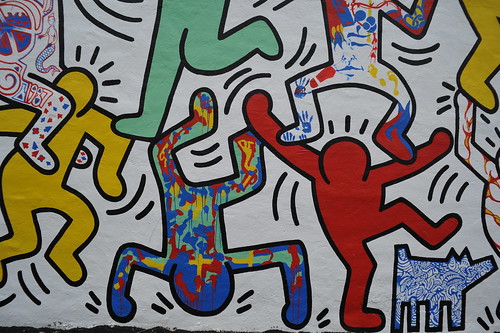 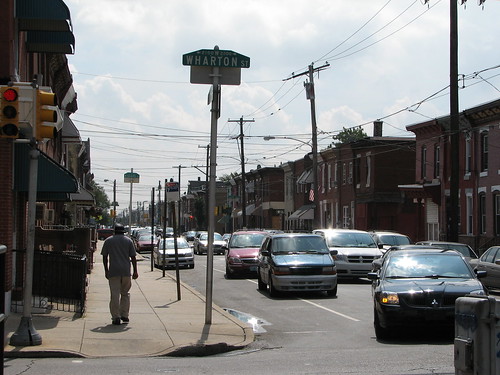 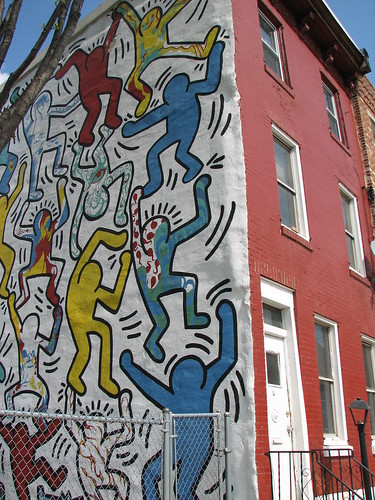 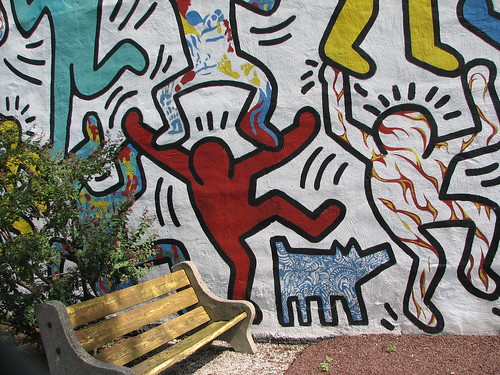 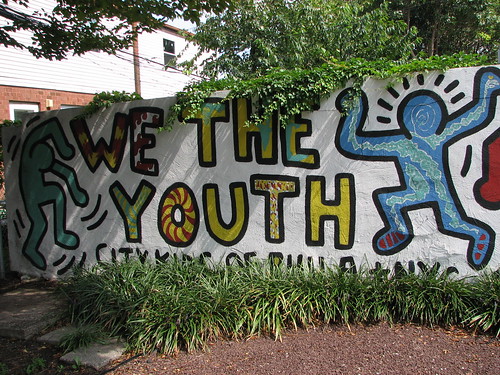 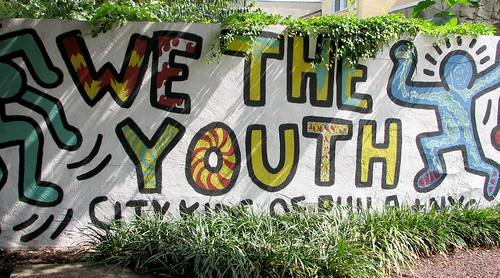 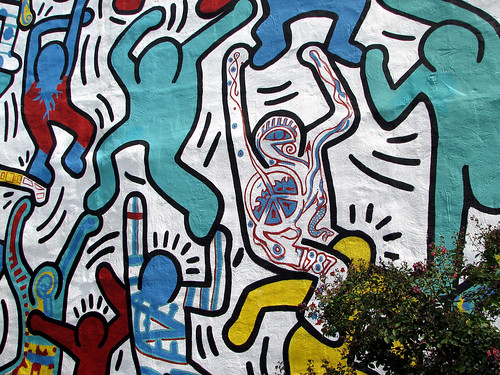 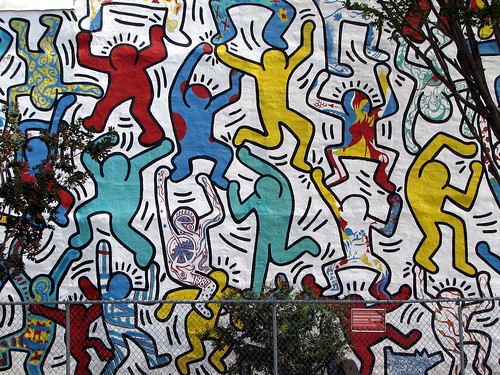 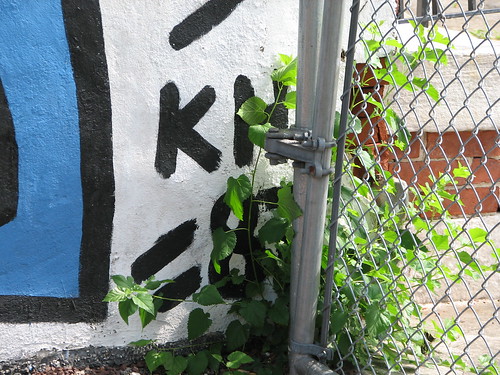 Located in South Philly’s Point Breeze Neighborhood, “We the Youth” is a mural created by 14 high school students (six from New York City, eight from Philadelphia) and the famous New York-based artist Keith Haring. It remains the only one of Haring’s collaborative public murals still in situ, as well as the only collaborative mural by Haring that’s still intact.

“We the Youth” was created in 1987 to coincide with the bicentennial of the United States Constitution, and was Haring’s only artistic endeavor in Philadelphia. The location, a rowhome in what was a low-income neighborhood facing a vacant lot, was chosen in an effort to encourage development in the neighborhood.