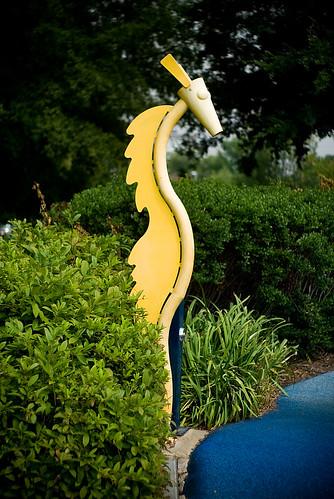 Despite being known as “Dragon Park” for decades, the distinct sculpture in this public park is actually a 150-foot long sea serpent built around 1980. The official name of the park is Fannie Mae Dees Park, and the following is their combined story.

The park came into being in a most unusual way, so maybe it’s appropriate it’s now home to such an unusual feature. In the 1970s, the land between two universities (Vanderbilt and Belmont) was seized during a phase of urban renewal efforts and some residents were displaced. The move was heavily disputed by many locals, the most fierce opponent being a woman named Fannie Mae Dees who lived on nearby Capers Avenue.