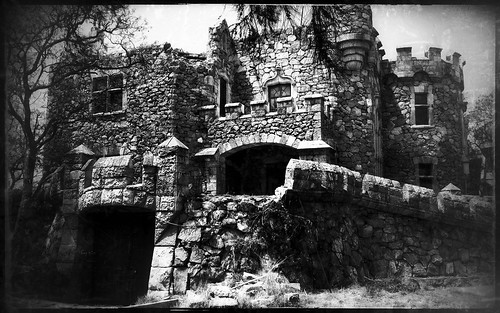 When John Douglas migrated from Scotland to Mexico in the mid 19th century, little did he know that his name and origin would eventually inspire the building of a Taj Mahal-esque love tribute in the form of a castle.

With investments in a flour factory and the city’s tram system, Douglas became a mogul in the city of Aguascalientes, amassing a fortune that would eventually reach Edmundo Ortega Douglas, his grandson. When Ortega became engaged to Carmen Llaguno Cansino in 1923, he drew inspiration from his ancestor and decided to channel his devotion to her in the form of a Scottish castle that would be their newlywed home.