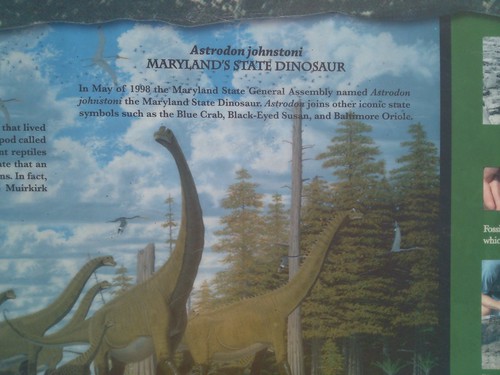 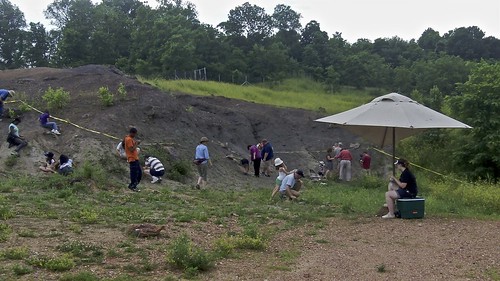 During the 18th and 19th centuries, clay formations in Prince George’s County, Maryland were mined for iron. In 1858, at one such iron mine, African-American slaves removed odd, unfamiliar objects from the ground. Geologist Philip Thomas Tyson collected the objects and brought them to the Maryland Academy of Sciences in 1859 where they were identified as the teeth of Astrodon johnstoni, later designated as Maryland’s official state dinosaur.

During the Cretaceous period, between approximately 79 million and 145 million years ago, the climate of what is now the mid-Atlantic region of the United States was close to what the gulf coast of Louisiana is today. The region was dense with bayous, marshes, and meandering rivers and covered with rich vegetation.