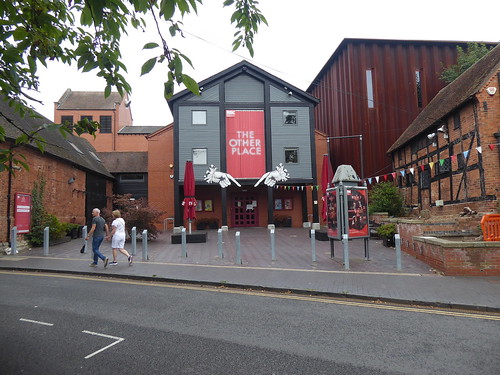 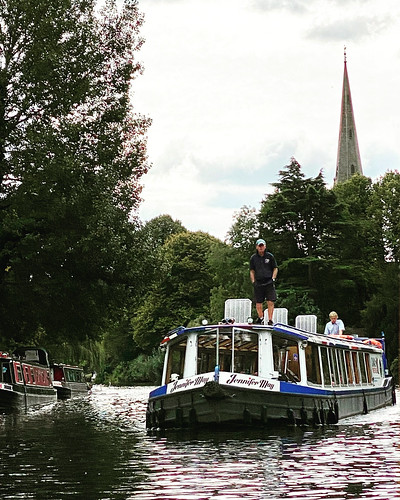 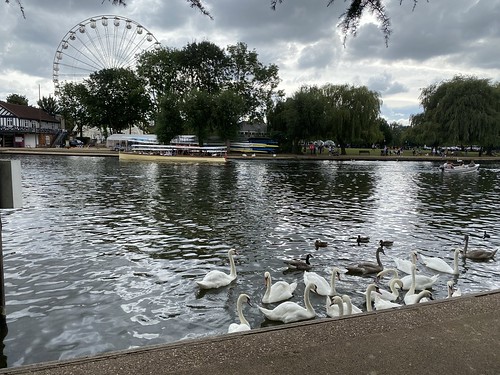 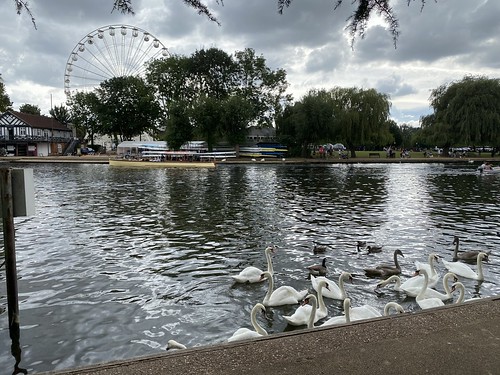 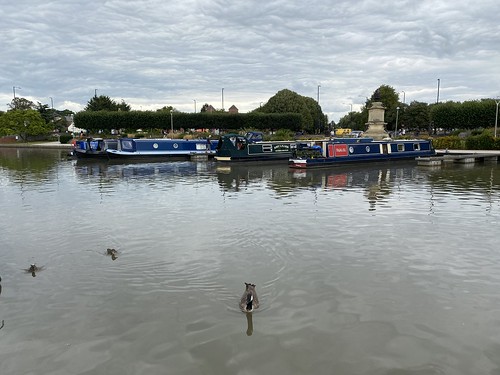 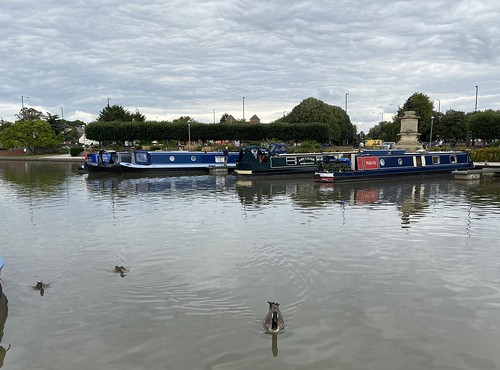 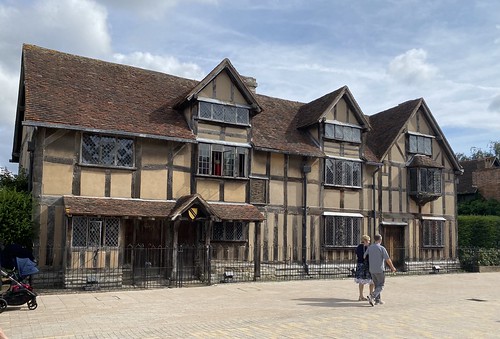 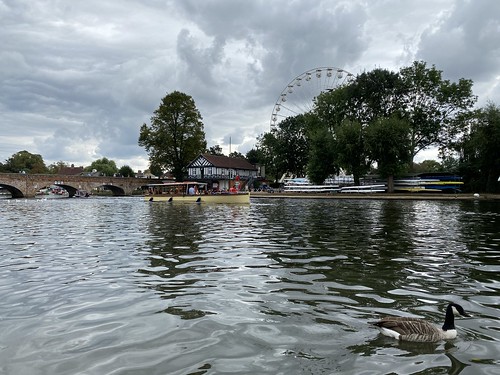 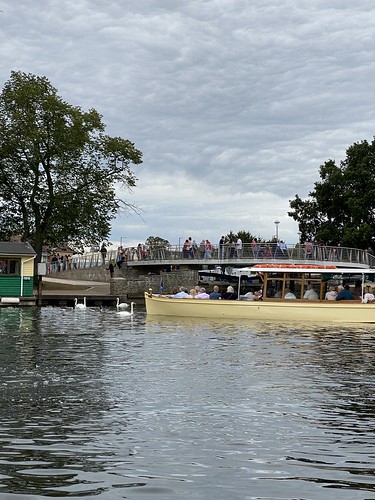 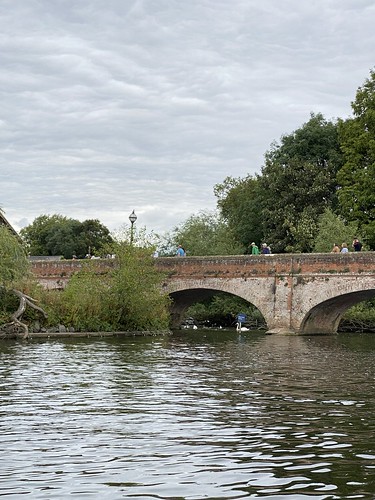 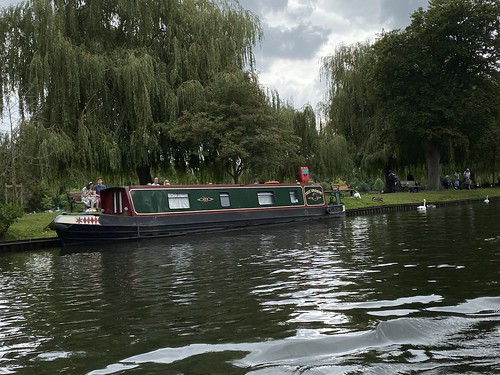 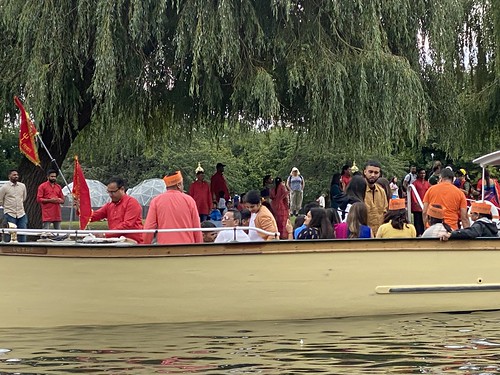 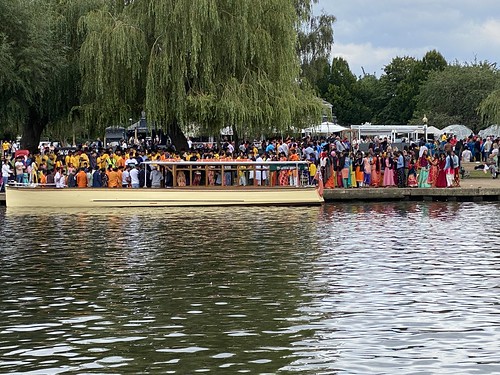 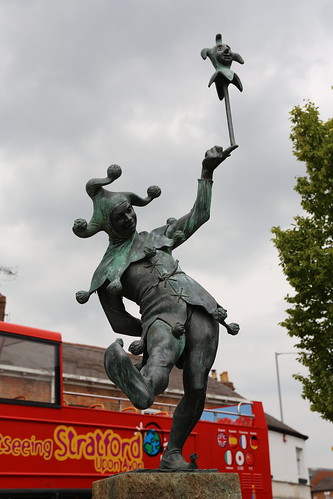 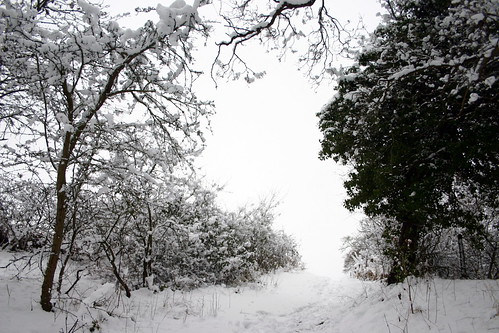 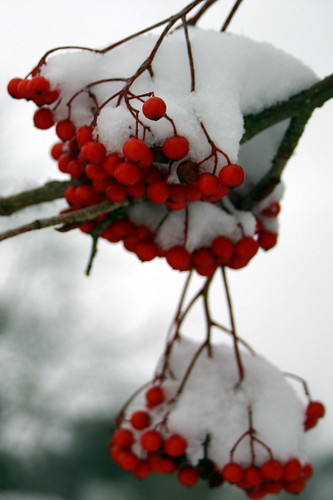 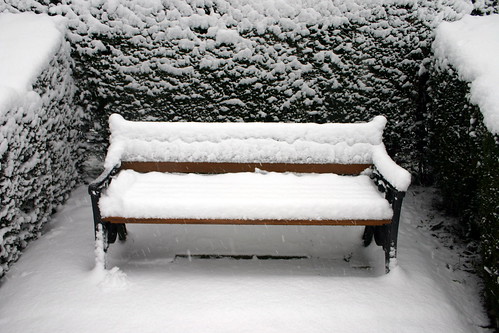 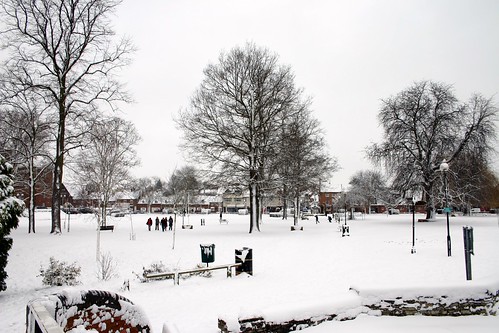 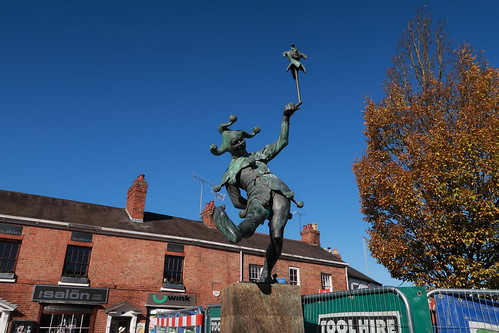 Stratford-upon-Avon , commonly known as just Stratford, is a market town and civil parish in the Stratford-on-Avon district, in the county of Warwickshire, in the West Midlands region of England. It is situated on the River Avon, 91 miles (146 km) north-west of London, 22 miles (35 km) south-east of Birmingham and 8 miles (13 km) south-west of Warwick. The estimated population in 2007 was 25,505, increasing to 27,445 at the 2011 census. As of 2018, the population that resides in the Stratford-on-Avon district has reached a figure of 130,098.
The town is the southern most point of the Arden area. Stratford was originally inhabited by Anglo-Saxons and remained a village before the lord of the manor, John of Coutances, set out plans to develop it into a town in 1196. In that same year, Stratford was granted a charter from King Richard I to hold a weekly market in the town, giving it its status as a market town. As a result, Stratford experienced an increase in trade and commerce as well as urban expansion.
The town is a popular tourist destination owing to its status as the birthplace and gravesite of playwright and poet William Shakespeare, and receives approximately 2.5 million visitors a year. The Royal Shakespeare Company resides in Stratford's Royal Shakespeare Theatre.