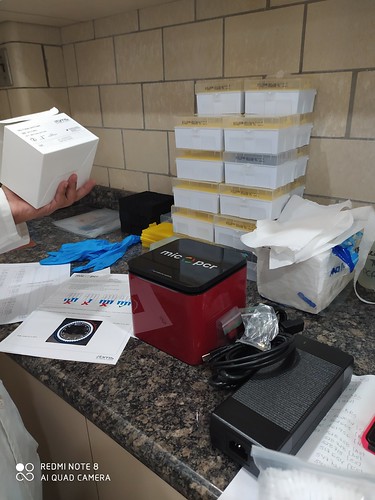 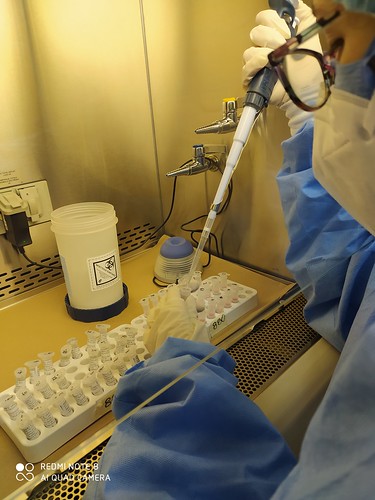 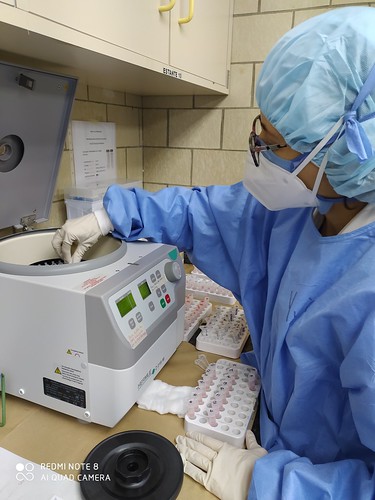 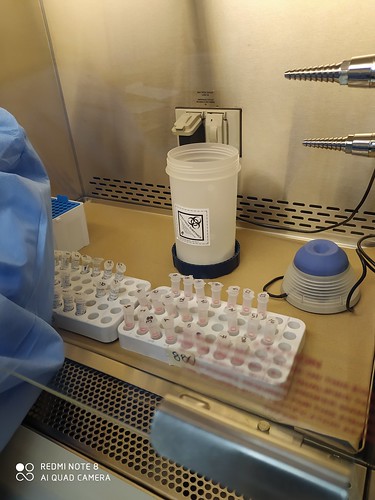 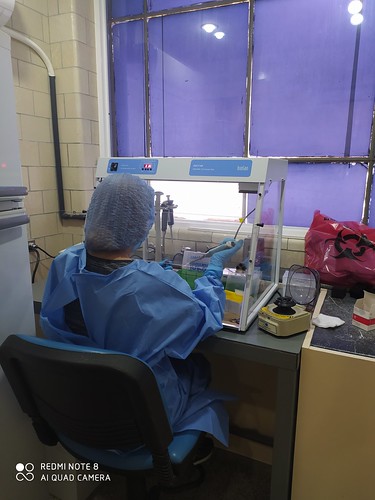 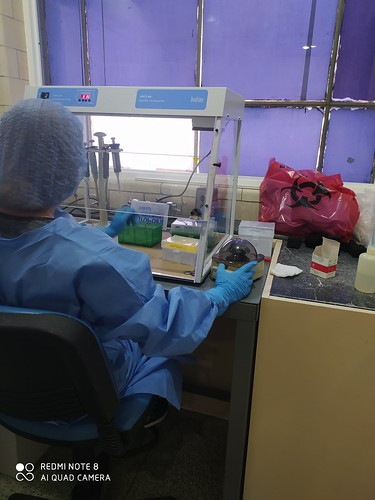 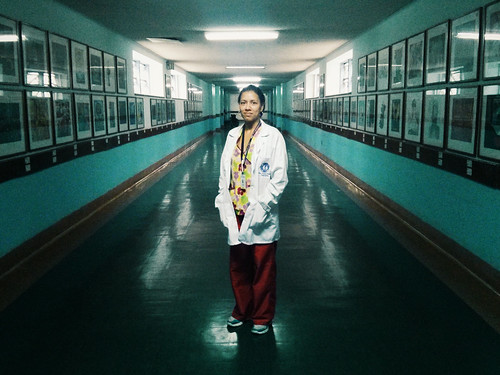 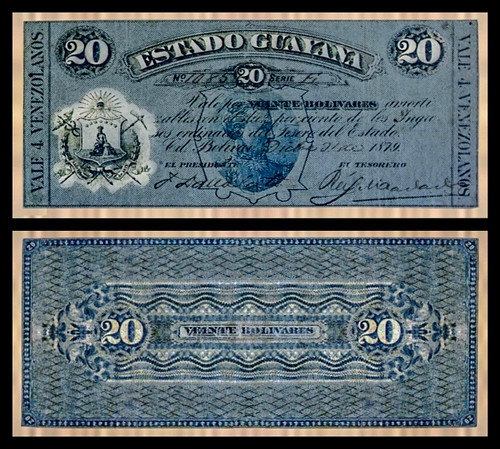 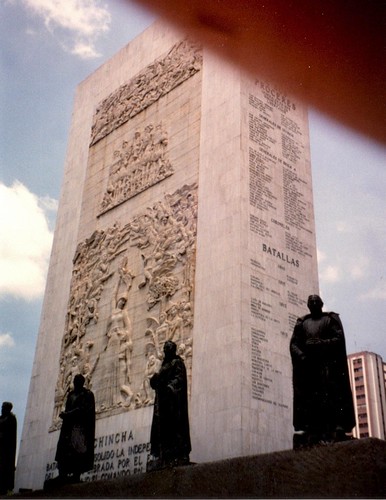 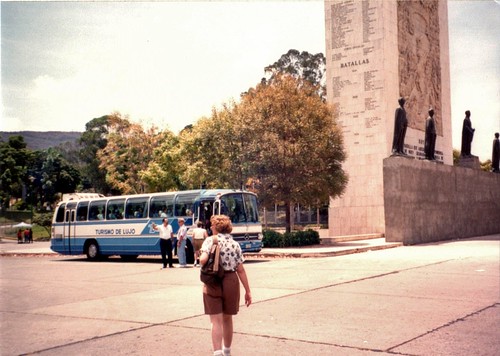 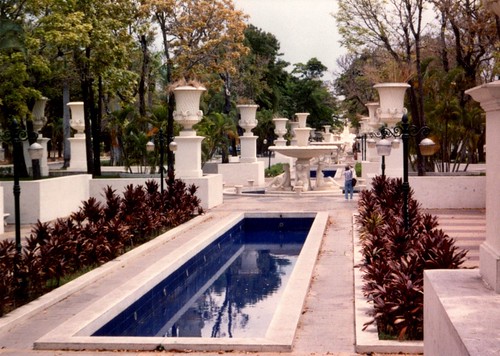 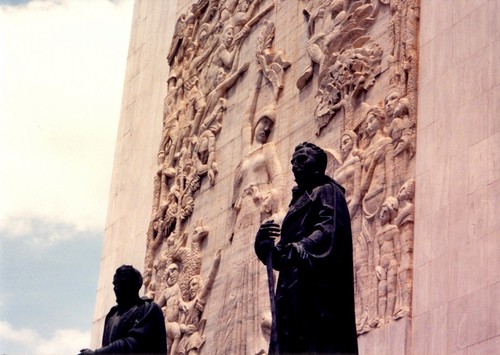 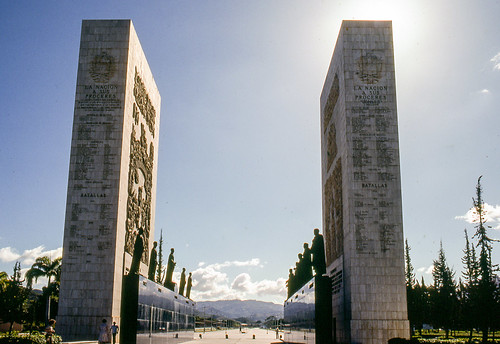 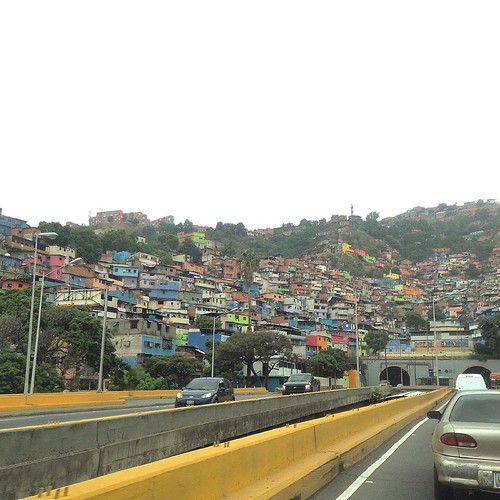 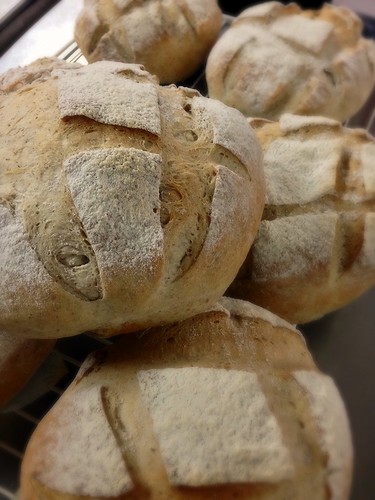 Caracas (, Spanish: [kaˈɾakas]), officially Santiago de León de Caracas, abbreviated as CCS, is the capital and largest city of Venezuela, and the center of the Metropolitan Region of Caracas (or Greater Caracas). Caracas is located along the Guaire River in the northern part of the country, within the Caracas Valley of the Venezuelan coastal mountain range (Cordillera de la Costa). The valley is close to the Caribbean Sea, separated from the coast by a steep 2,200-meter-high (7,200 ft) mountain range, Cerro El Ávila; to the south there are more hills and mountains. The Metropolitan Region of Caracas has an estimated population of almost 5 million inhabitants.
The center of the city is still Catedral, located near Bolívar Square, though some consider the center to be Plaza Venezuela, located in the Los Caobos area. Businesses in the city include service companies, banks, and malls. Caracas has a largely service-based economy, apart from some industrial activity in its metropolitan area. The Caracas Stock Exchange and Petróleos de Venezuela (PDVSA) are headquartered in Caracas. Empresas Polar is the largest company in Venezuela. Caracas is also Venezuela's cultural capital, with many restaurants, theaters, museums, and shopping centers.