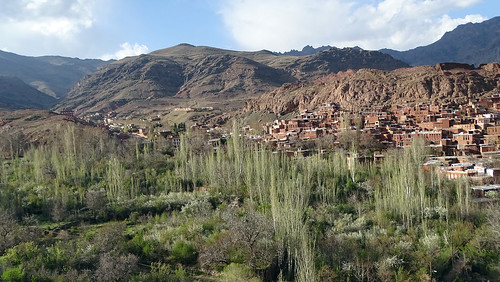 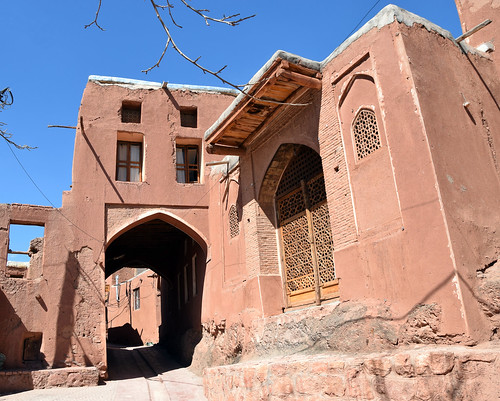 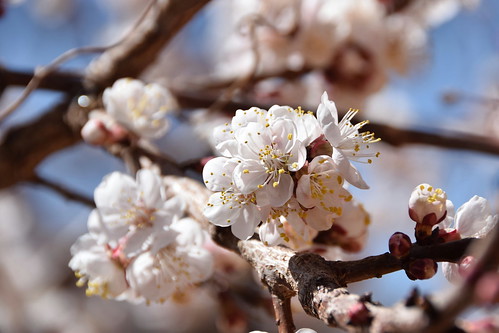 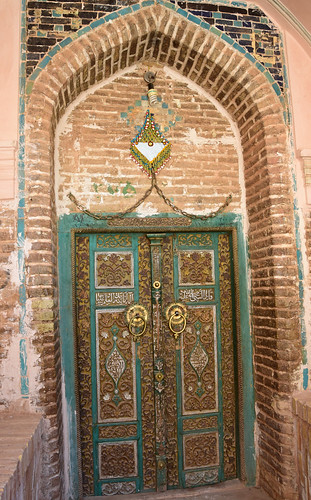 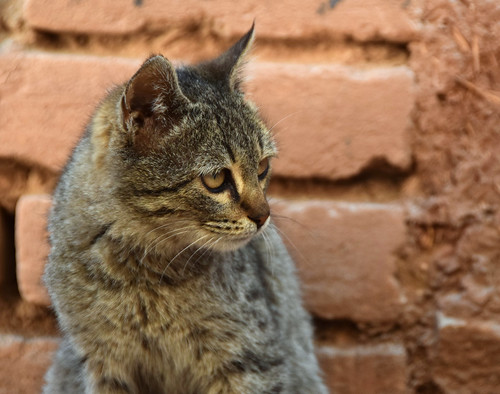 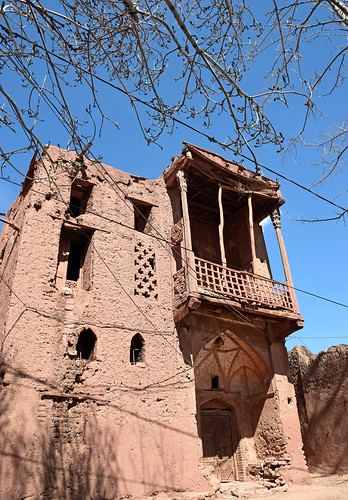 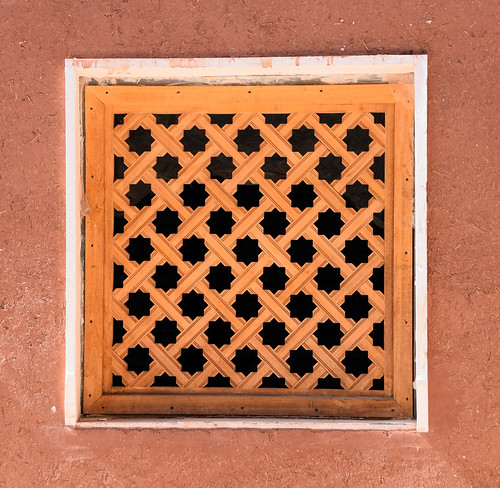 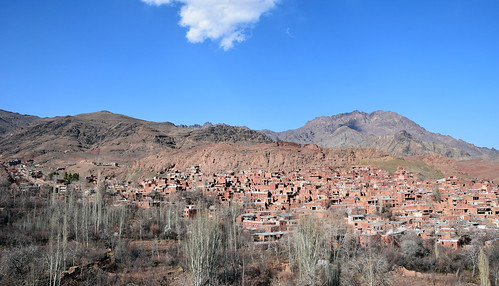 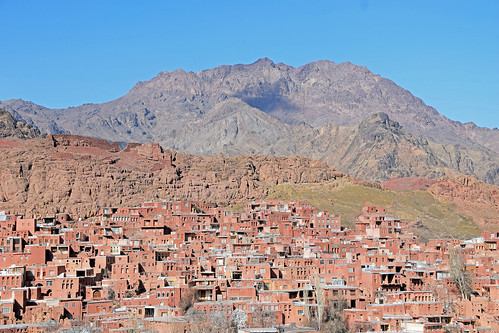 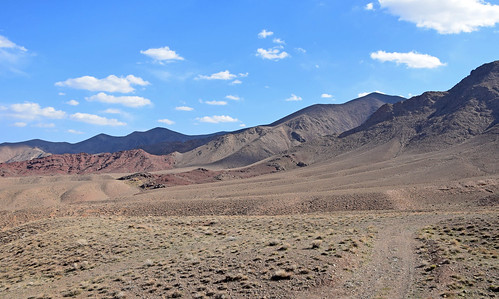 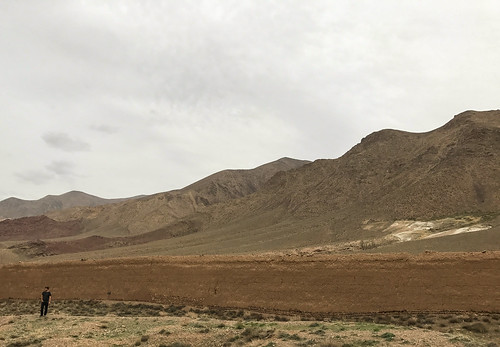 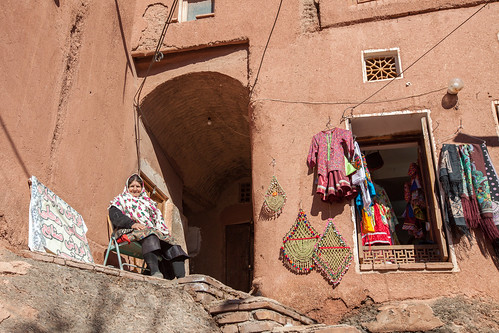 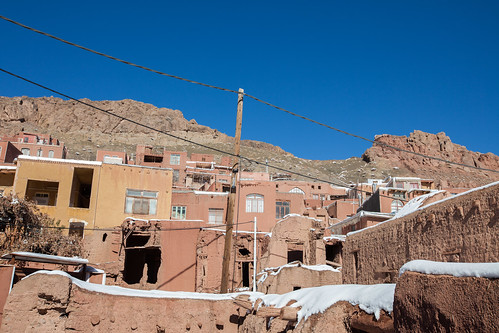 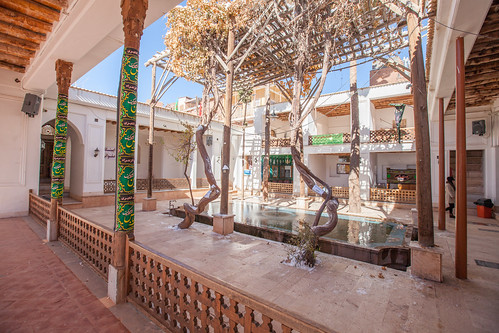 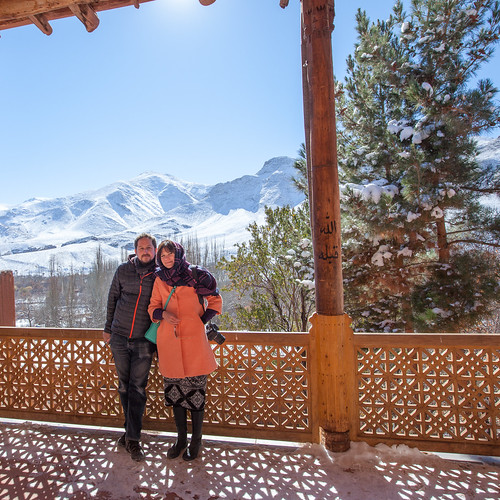 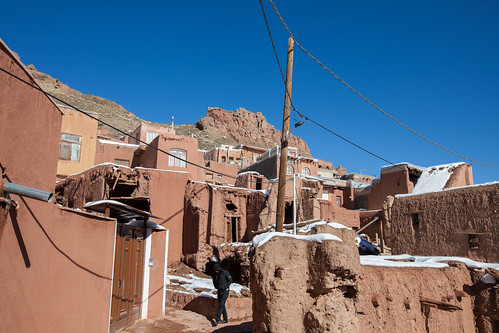 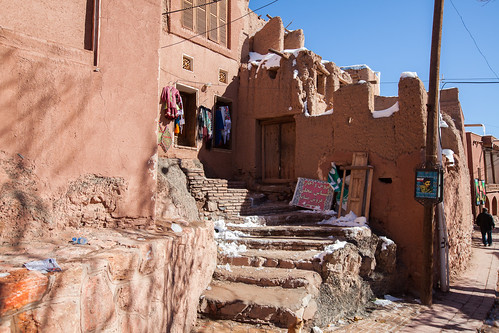 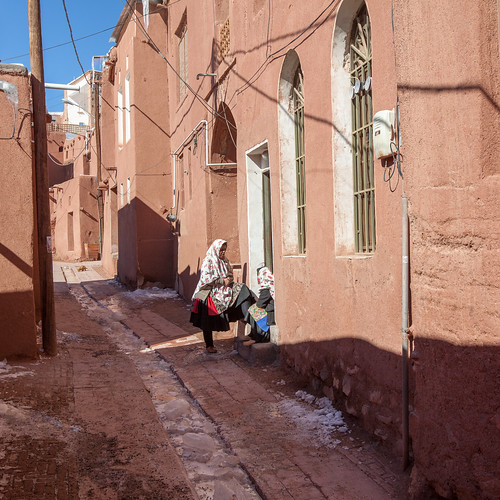 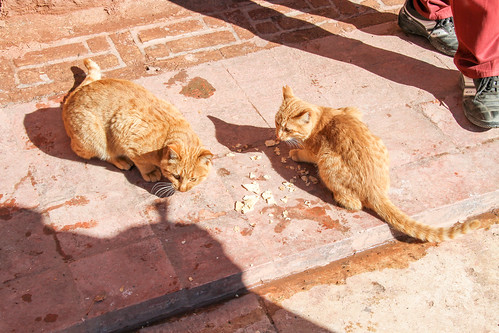 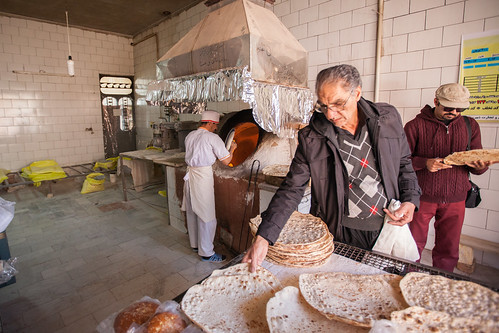 Abyaneh (Persian: ابيانه‎, also Romanized as Ābyāneh, Ābiāneh, and Abyāneh) is a village in Barzrud Rural District, in the Central District of Natanz County, Isfahan Province, Iran. At the 2006 census, its population was 305, in 160 families.
Characterized by a peculiar reddish hue, the village is one of the oldest in Iran, attracting numerous native and foreign tourists year-round, especially during traditional feasts and ceremonies.
An Abyanaki woman typically wears a white long scarf (covering the shoulders and upper trunk) which has a colourful pattern and an under-knee skirt. Abyunaki people have persistently maintained this traditional costume.
On top of the village sits the ruins of a Sasanid era fort.
The Persian dialect of the people of Abyaneh has preserved some characteristics of the Middle Persian language, the language of the Sassanian Persia.
Since June 2005, the village has been undergoing archaeological excavations for the first time ever, as a result of an agreement between Abyaneh Research Center and the Archaeology Research Center of the Iranian Cultural Heritage and Tourism Organization (ICHTO).