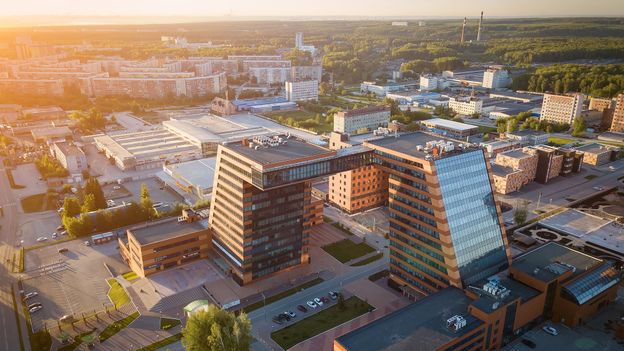 The Siberian tundra, where average temperatures in winter can plunge as low as -40C, might seem like an unlikely place to build a science and technology hub. Yet, hidden among the birch and pine trees and – for much of the year – the snow, stands one of the most important research and educational centres in Russia: Akademgorodok – the former USSR’s aptly named “Academic Town”.

Located about 30km south of Novosibirsk city and more than 3,000km directly east from Moscow, Akademgorodok was conceived in the late 1950s by mathematician Mikhail Lavrentyev and the USSR’s then-premier Nikita Khrushchev as a place to conduct fundamental research and develop technology during the Cold War. Construction began in 1958, and the place mostly attracted young researchers and recent graduates. By the following year, it had its own campus, the Novosibirsk State University. And by the mid-1960s, the town’s main drag was filled with roughly 20 science and technology institutes dedicated to genetics, chemistry, physics, automation and social sciences – leading some to call it the “brainiest street in the world”.

In the late 1960s, the town was big enough to accommodate up to 65,000 people, most of them scientists. Akademgorodok’s first decade is considered the town’s golden age, with pioneering work in several research areas and a bustling social life: its sheer distance from Moscow also meant it had a political and cultural distance from the Communist Party. Researchers met up in social clubs where they could discuss literature, art, music and even hold festivals that would have been impossible anywhere else in the Soviet Union.