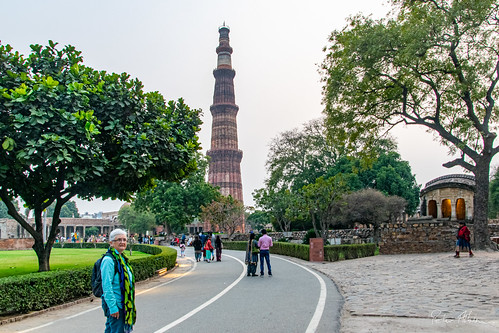 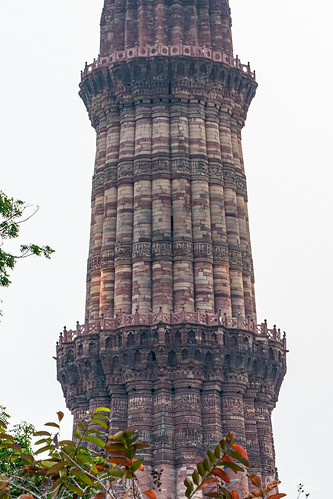 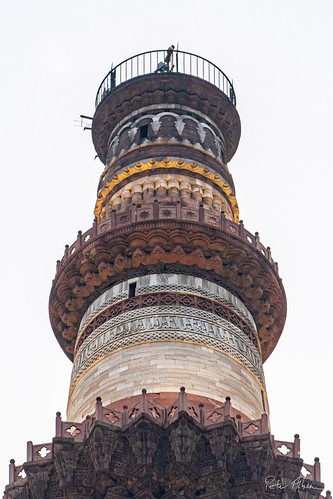 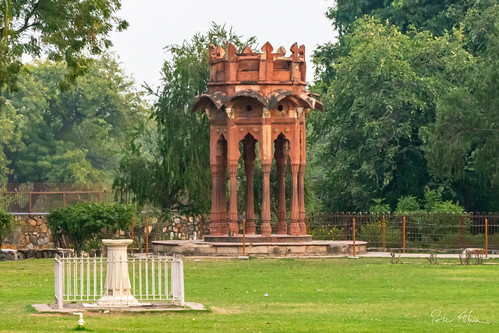 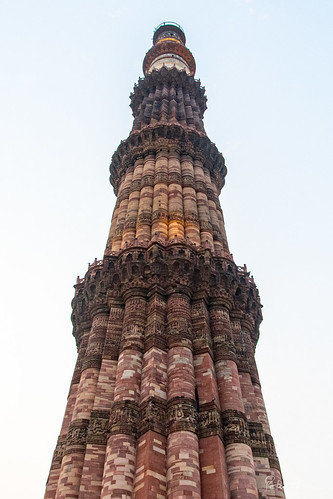 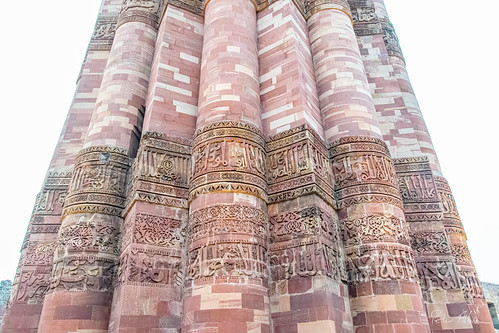 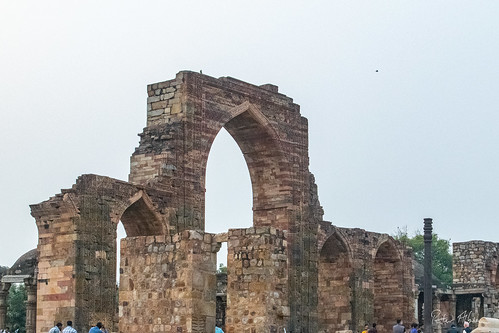 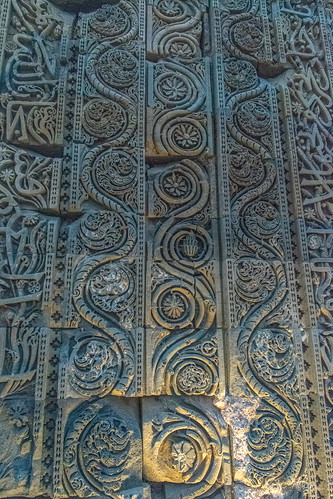 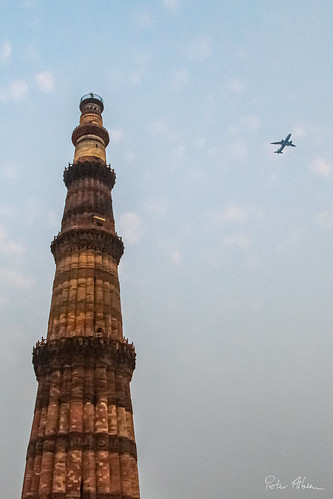 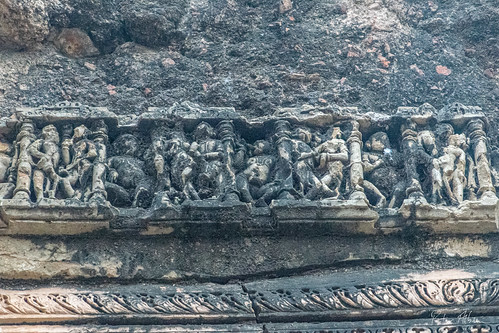 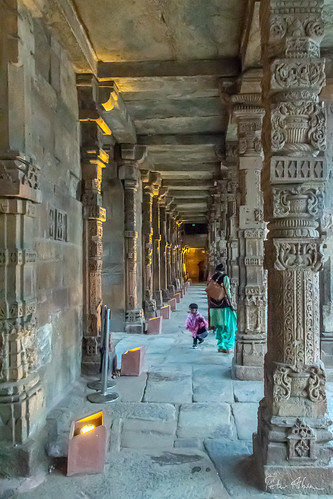 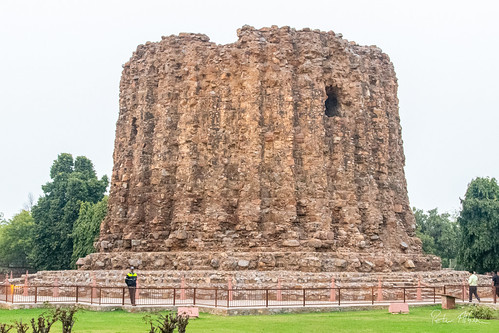 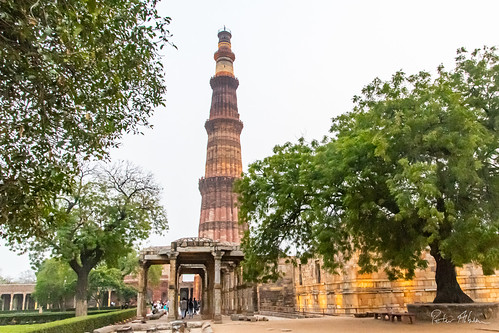 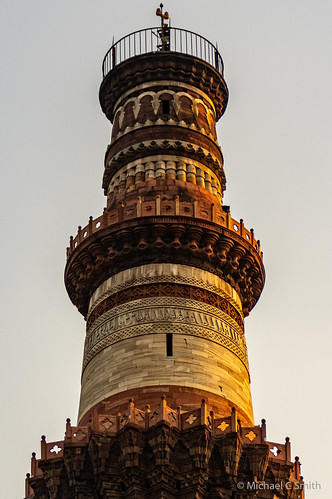 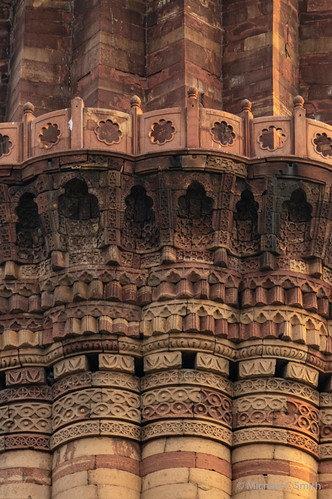 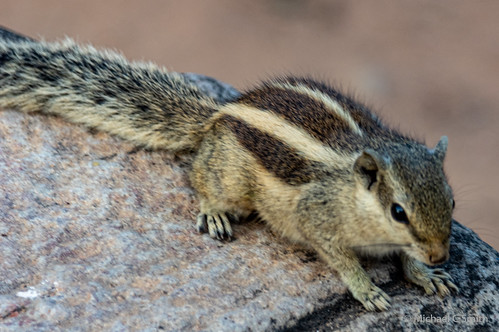 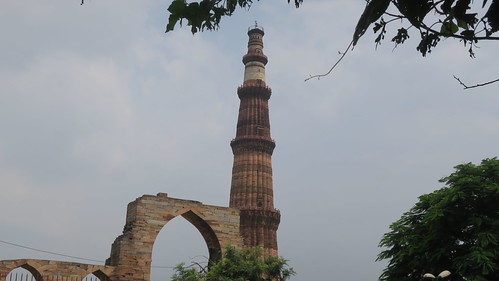 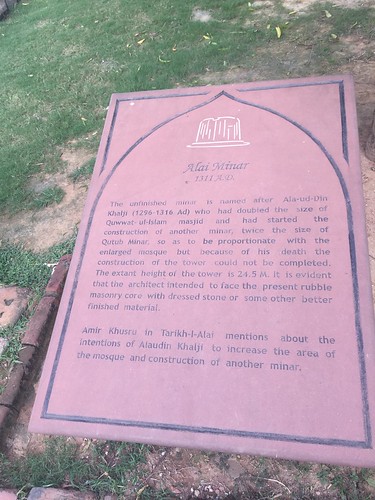 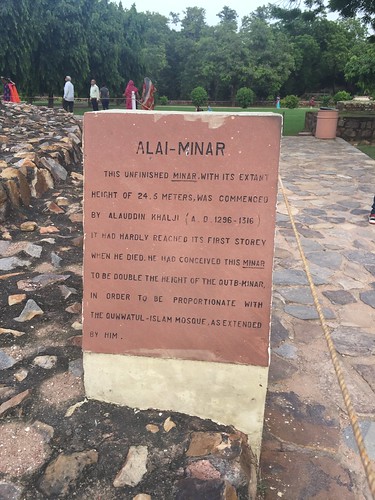 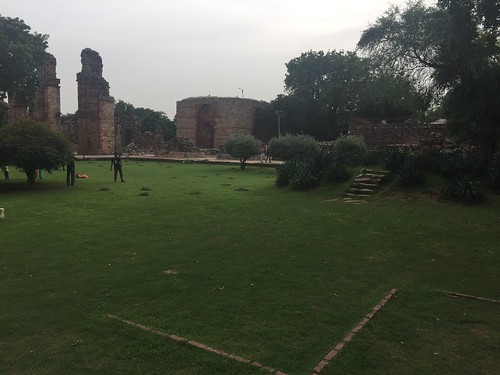 Built in the early 13th century a few kilometres south of Delhi, the red sandstone tower of Qutb Minar is 72.5 m high, tapering from 2.75 m in diameter at its peak to 14.32 m at its base, and alternating angular and rounded flutings. The surrounding archaeological area contains funerary buildings, notably the magnificent Alai-Darwaza Gate, the masterpiece of Indo-Muslim art (built in 1311), and two mosques, including the Quwwatu’l-Islam, the oldest in northern India, built of materials reused from some 20 Brahman temples.