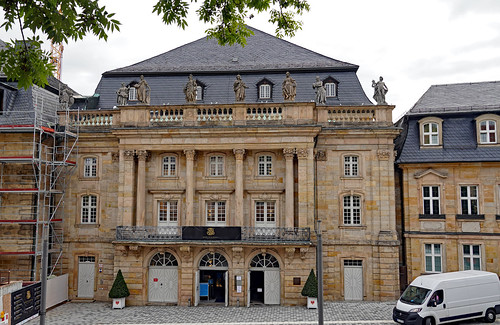 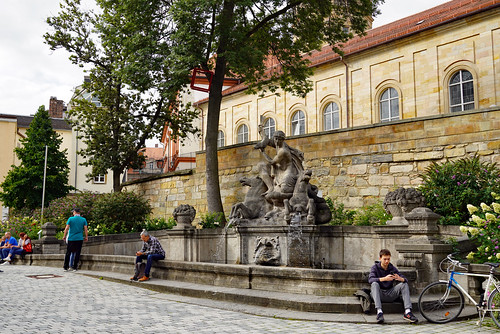 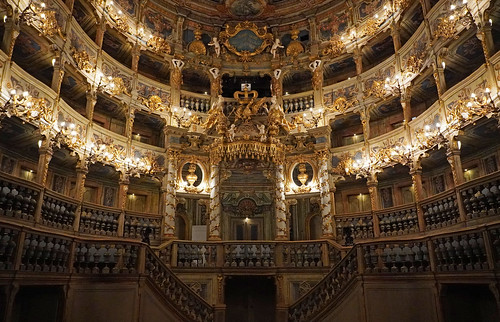 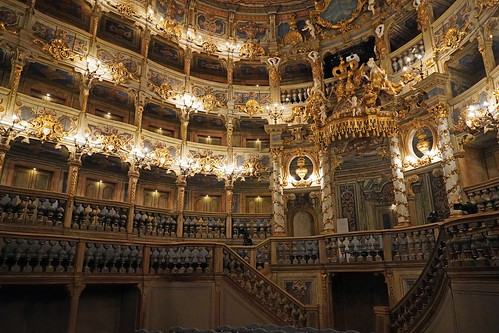 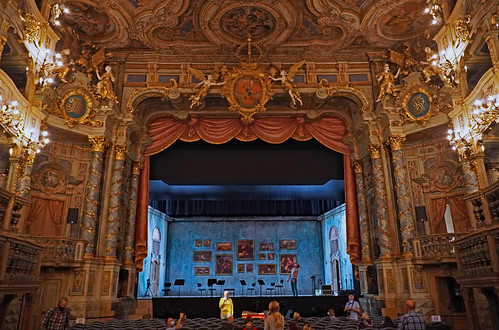 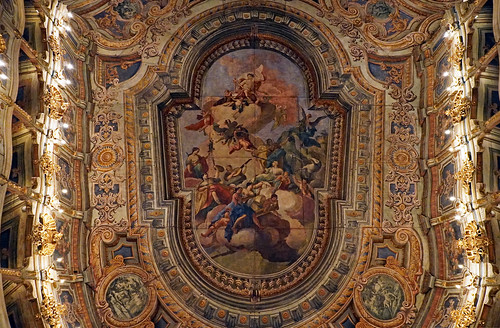 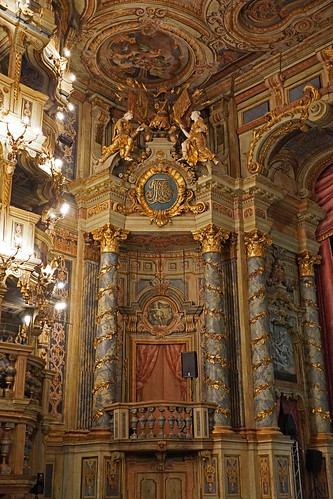 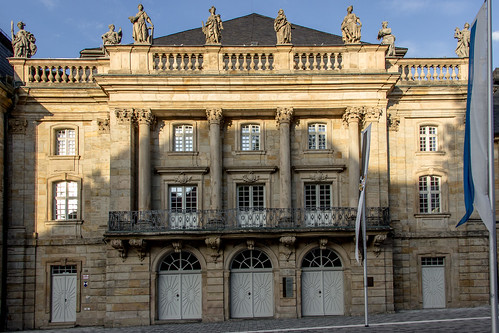 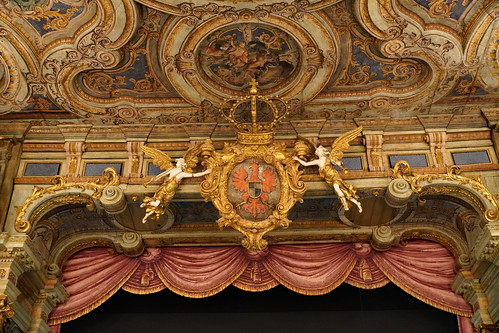 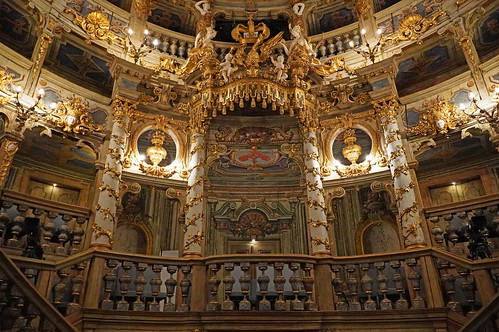 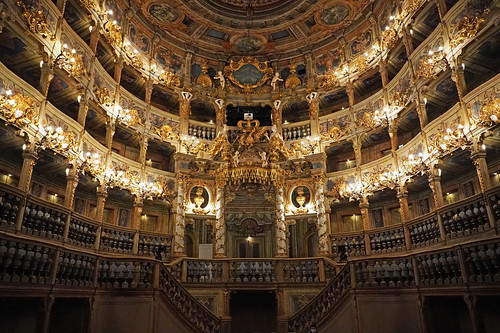 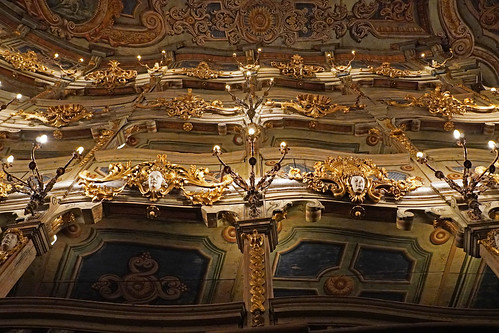 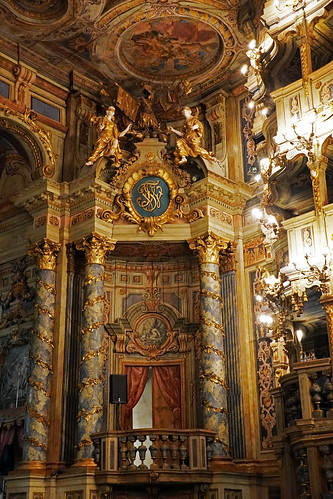 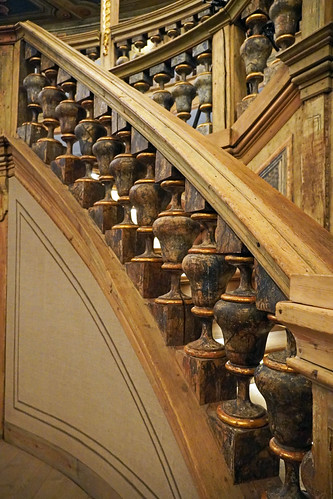 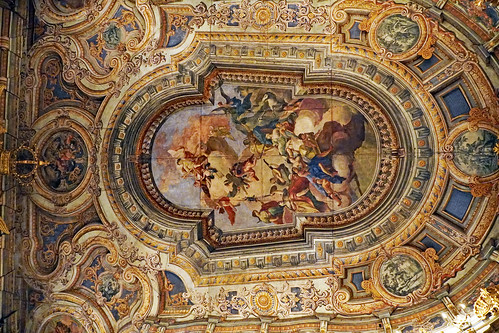 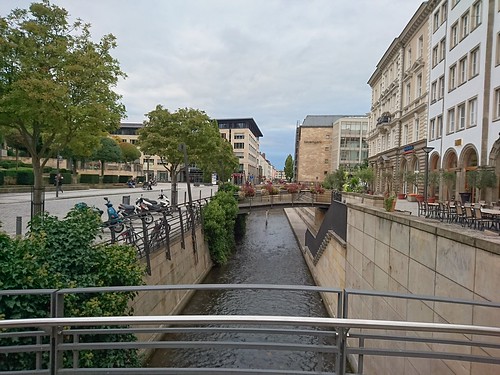 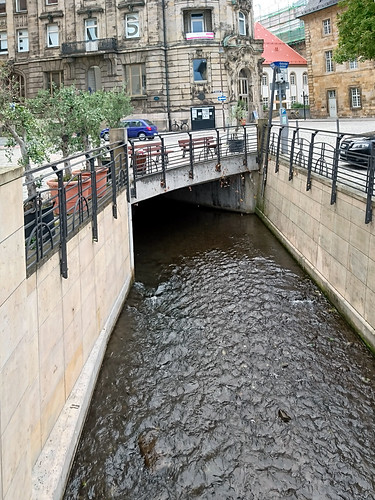 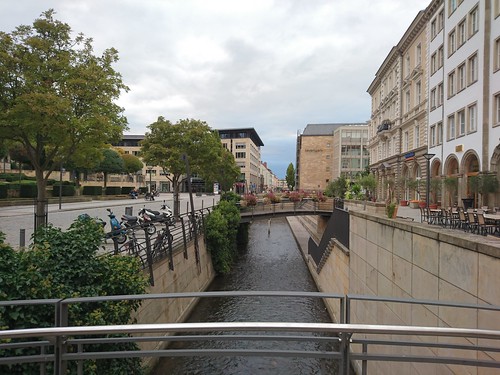 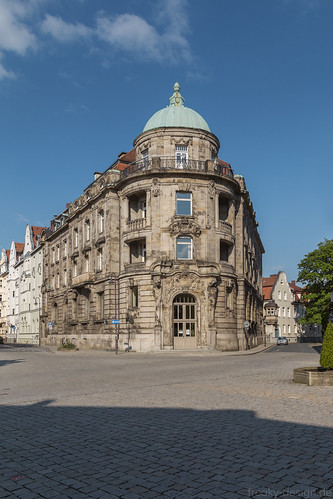 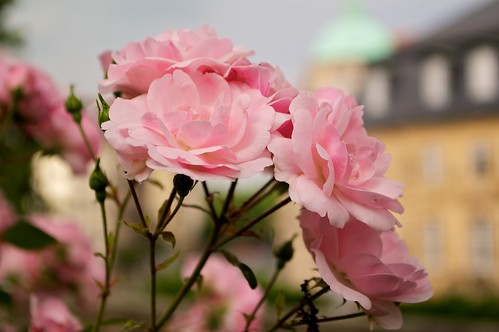 A masterpiece of Baroque theatre architecture, built between 1745 and 1750, the Opera House is the only entirely preserved example of its type where an audience of 500 can experience Baroque court opera culture and acoustics authentically, as its auditorium retains its original materials, i.e. wood and canvas. Commissioned by Margravine Wilhelmine, wife of Frederick, Margrave of Brandenburg–Bayreuth, it was designed by the renowned theatre architect Giuseppe Galli Bibiena. As a court opera house in a public space, it foreshadowed the large public theatres of the 19th century. The highly decorated theatre’s tiered loge structure of wood with illusionistic painted canvas represents the ephemeral ceremonial architectural tradition that was employed in pageants and celebrations for princely self-representation.