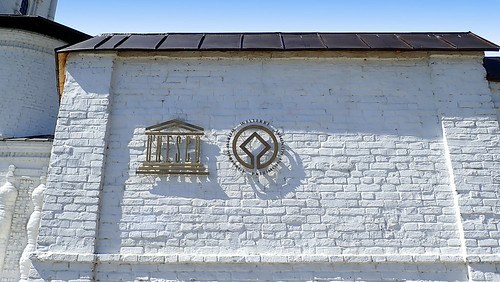 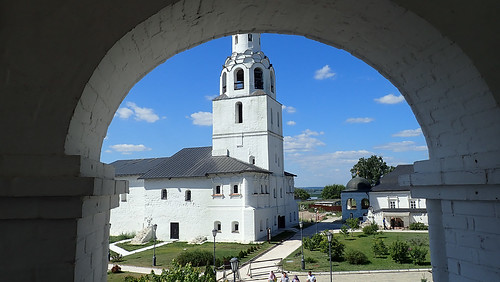 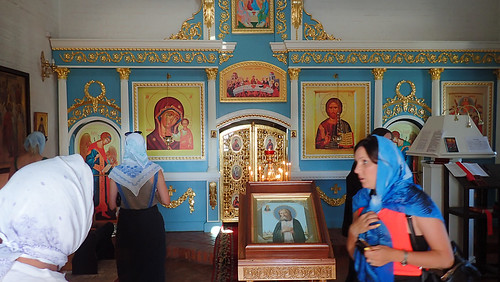 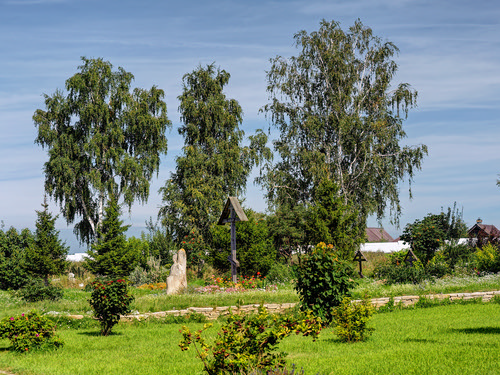 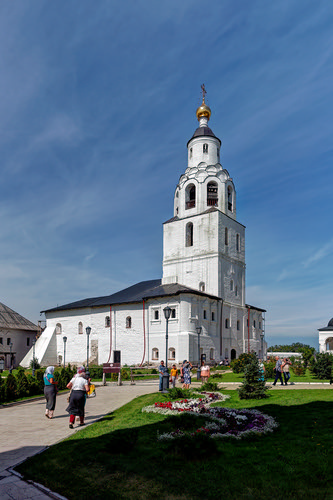 The Assumption Cathedral is located in the town-island of Sviyazhsk and is part of the monastery of the same name. Situated at the confluence of the Volga, the Sviyaga and the Shchuka rivers, at the crossroads of the Silk and Volga routes, Sviyazhsk was founded by Ivan the Terrible in 1551. It was from this outpost that he initiated the conquest of the Kazan Khanate. The Assumption Monastery illustrates in its location and architectural composition the political and missionary programme developed by Tsar Ivan IV to extend the Moscow state. The cathedral’s frescoes are among the rarest examples of Eastern Orthodox mural paintings.