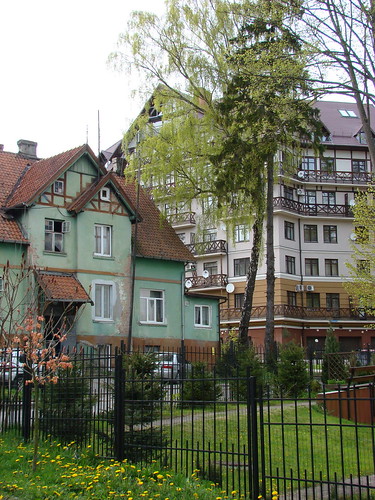 The original name of Svetlogorsk was Rauschen, that means “sound of the sea”. Officially Rauschen has been a resort since 24 july 1820. The popularity of the city as resort increase substantially starting in 1900, when the railroad from Konigsberg to the Rauschen Ort station was laid. At the beginning of the Second World War the city was highly developed as European resort with hotels and health resorts. On 14 april 1945, virtually without damage, the city was taken by Soviet troops. In 1946, East Prussia was renamed the Kaliningrad region, and since 1947, the city has been called Svetlogorsk, which means “light mountain”. At that time it was used as a resort for the local people, in 1971 it became nationally popular. And in 1999 Svetlogorsk was awarded the status of resort of Federal significance.

Today Svetlogorsk is rightfully called the pearl of the Baltic Sea. Unique natural resources, a rich cultural and historical heritage, developed tourist infrastructure, a wide network of sanatoriums, boarding houses, hotels, sport centers, cultural and entertainment complexes, all attract visitors of all tastes and create the most favorable conditions for rest and treatment.