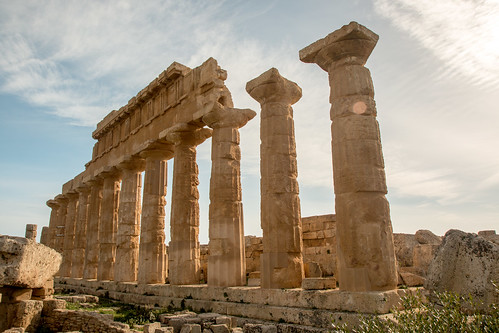 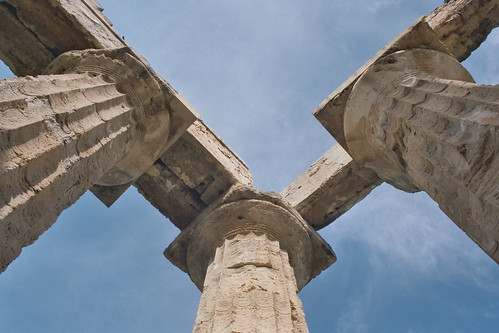 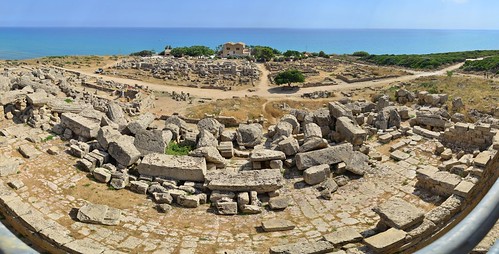 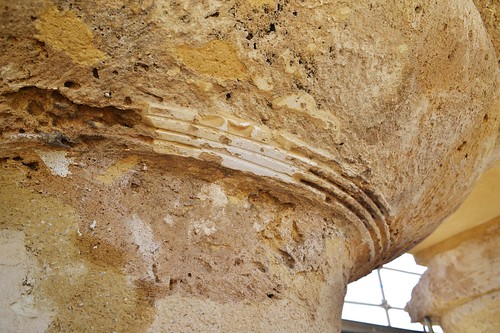 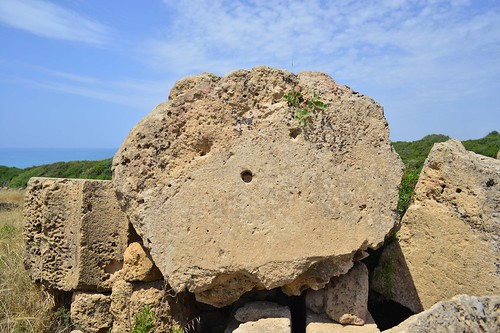 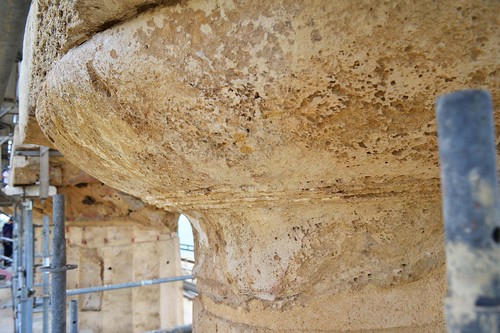 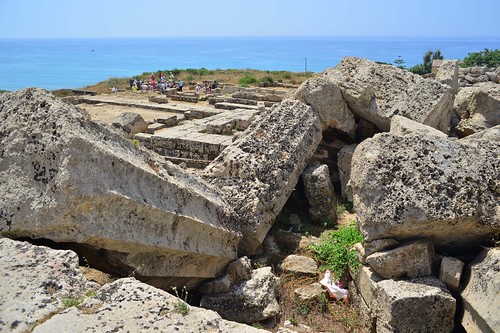 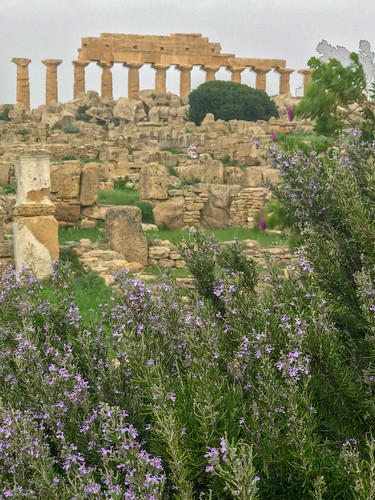 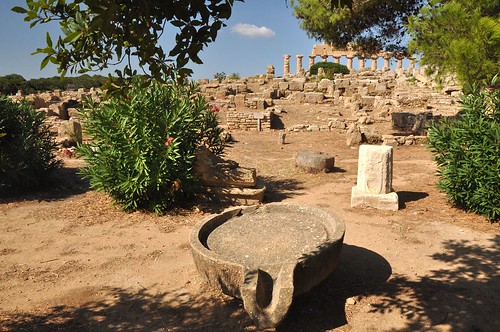 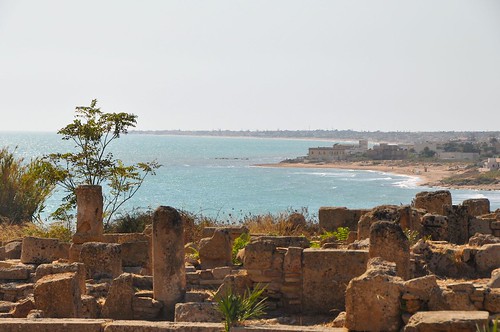 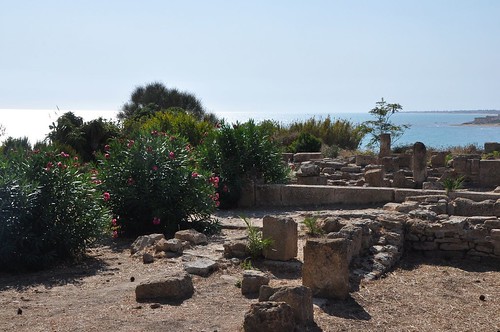 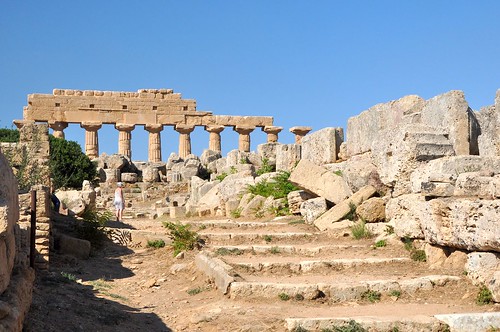 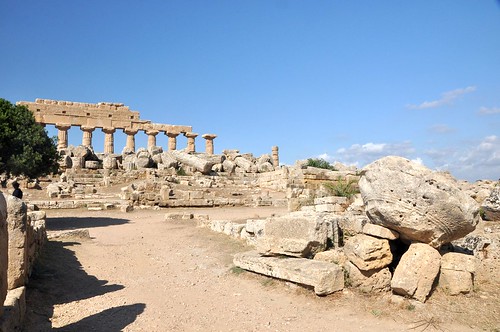 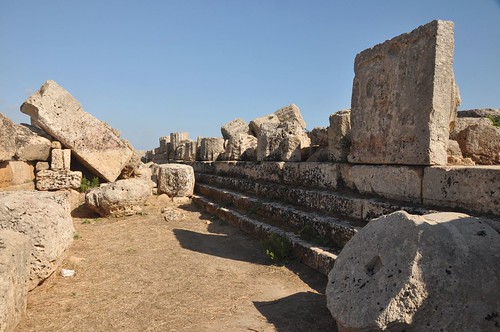 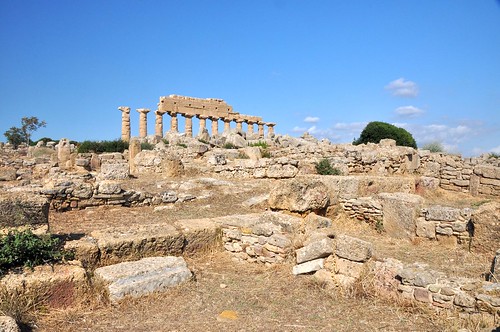 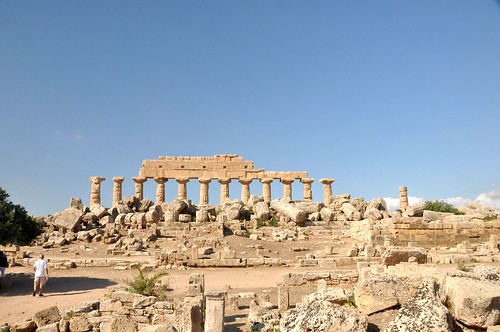 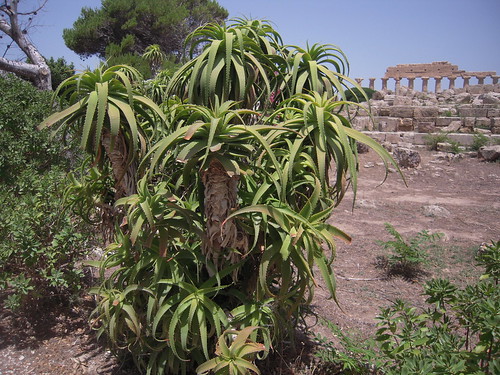 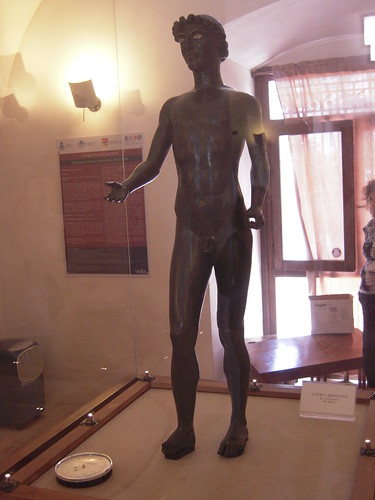 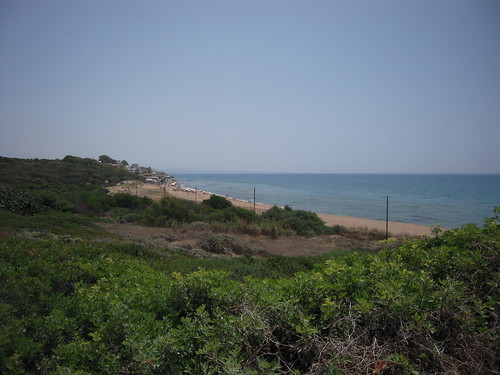 Established by the Sicilian Region, the Archaeological Park of Selinunte, with an extension of about 270 hectares, is one of the largest and most extraordinary archaeological sites in the Mediterranean. It is an expression of classical civilization, and its characteristics were the simplicity of the lines, the proportion of each single part with each other, the essentiality of the forms.

It still retains an undisputed charm for tourists from all over the world and for scholars because it is a living testimony in the field of urban planning, military and temple architecture, sculpture and funerary art.

Descent the valley of the Selinos river, today called the largest river port of Selinunte, is located about a kilometer from the acropolis a sandy hill, called Gaggera. Racconto is a series of adjoining sacred (fear) situations, where there are some sacelli without peristasis: the sanctuary near the mouth of the river, the sacred complex of Malophoros (bearer of pomegranate, as attested by an epigraph found here), the temple M, the temple and the Fonte Gaggera. In all probability the first settlers wanted to establish the sanctuary of Demeter near the port area to duplicate, the harbor sanctuary of the motherland Megara Nisea.
The cults practiced in this area are in all probability to the chthonic and sufficient divinities easily assimilable to the indigenous religiosity. The fortune of the sanctuaries is testified by the thousands of finds, found during the excavations, which attest to the long frequentation of the temples even after the Carthaginian destruction of the city, which took place in 409 BC, although the most flourishing time occurred in the Archaic age as testified the wealth of depositions is a period tale.

The hill of Manuzza was the area on which some of the first settlers settled. The linearity of the territory and its vastness led the settlers to choose this area near the Acropolis, to which it was linked, as the site of the settlement. The first settlers divided the area into strips, which had been adopted for Mehara Iblea, of which it selected the urban layout.

The boundary between urban space, necropolis and countryside was established with the construction of the defense walls, in the sixth century BC. to defend the city against external threats.

The urban siege, defined the scope of the foundation, was characterized as an integrated and functional corpus that linked the Acropolis, the villages on the sides of the Acropolis and the Eastern Hill.

From the second half of the century before Christ, with the development of monumental buildings and great religious architecture, the landscape undergoes a radical transformation: from a rural settlement to a complex urban landscape.

Leaving the Acropolis, taking the road that crosses the Cotone river, where the agile Greek ships bearing merchandise once arrived, we arrive at Collina Orientale, where the main extra-urban sacred area of ​​Selinunte was located. The sanctuary was connected to the main urban layout, given that at the mouth of the valley there were a port basin and housing structures, whose extensions are not yet known. In the eastern hill there are three large aligned temples, which archaeologists said with the letters: G, F and E. Letters have been used to distinguish the various temples, as scholars have found several difficulties in assigning to a god instead of another destination of the temples. These temples are the first monuments that can be visited after entering the park. Although it is not a single sacred enclosure (tèmenos), as can be seen the separation wall between the Temple and the Temple. The accumulation of ruins of grandiose dimensions is not due by itself to the destruction wrought by Carthage, but also to earthquakes, a century of neglect and grave plundering.