Skip to content
We just completely updated our website. Let us know if you are encountering any issues.
Close
I visited | 0 | 0
SAVEDSince 1950 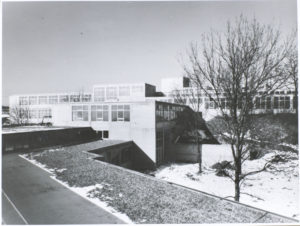 Could one not say that brutalism was invented in parallel in Great Britain and Baden-Württemberg? Max Bill’s programmatic building celebrates the combination of concrete and unplastered brick walls with a similar “rhetorical” surfeit as the Smithsons did with their “as found” themes in the Hunstanton School.