Skip to content
We just completely updated our website. Let us know if you are encountering any issues.
Close
I visited | 0 | 0
SAVEDSince 1957 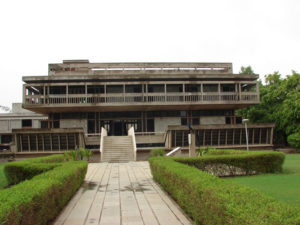 Doshi worked for years for Le Corbusier, and the institute was one of the first projects he did on his own. His mentor’s influence is thus still readily apparent here. For the institute’s art collection, Doshi built a museum adjacent to it in 1984. Erected a few years after independence, the institute also testifies to the phase of finding a national identity. It thus combines both contemporary and traditional architectural influences. For example, the library is in the basement, as is customary in Hindu temples.