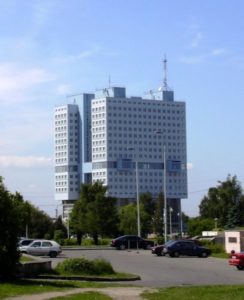 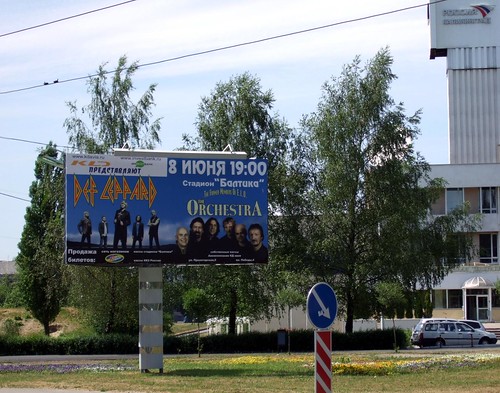 Erected on the grounds of Königsberg Castle, which had been blown up, the House of Soviets was intended to double up as the seat of the municipal government and the Communist Party. This dual usage was expressed by the two wings. Given the stylized face the building is also called the “buried robot”.