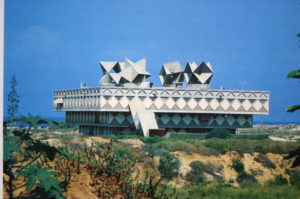 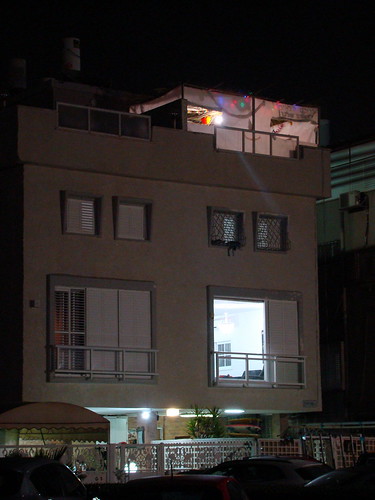 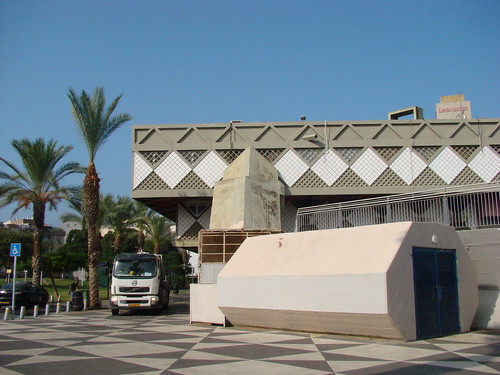 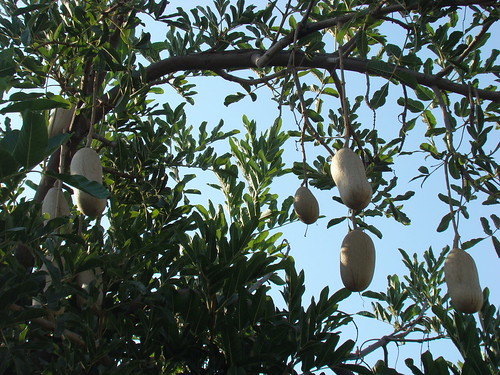 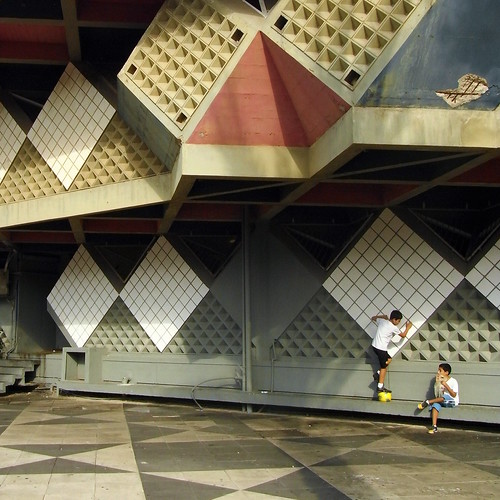 The city hall was already controversial while it was still under construction. Other buildings round the square that had been planned were never realized. The central atrium served along with the striking ventilators on the roof to enhance air circulation inside. Originally located as a standalone on the coast, the building is surrounded by higher residential towers today.