Skip to content
We just completely updated our website. Let us know if you are encountering any issues.
Close
I visited | 0 | 0
ENDANGEREDSince 1951 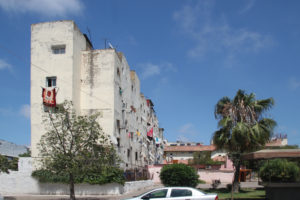 The Smithsons compare this North African housing project with its socio-political intentions in the Golden Lane competition. Banham remarks: “The thin stick-and-matchbox aesthetic in which this ethic of permissiveness was offered in Morocco hardly accords with the idea of Brutalism as an architecture of massive plasticity and coarse surfaces, but what the Smithsons meant by Brutalism at this time certainly included social ethics, to which they attached quite as much importance as to formal architectural aesthetics.”