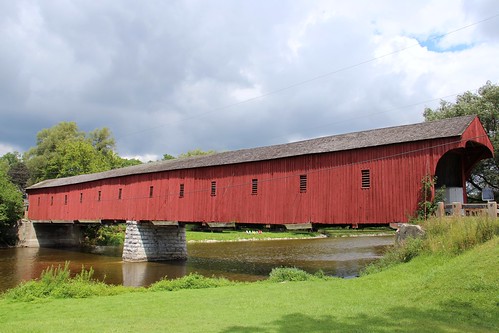 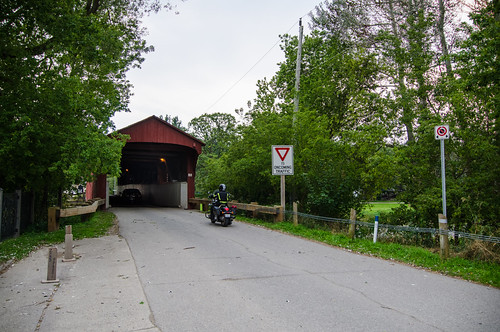 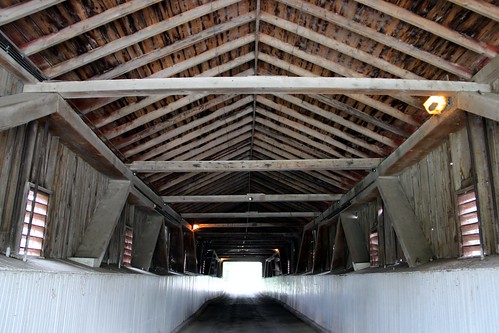 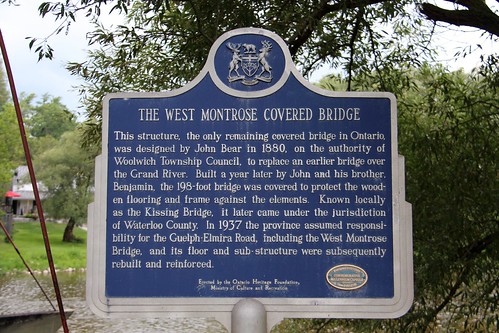 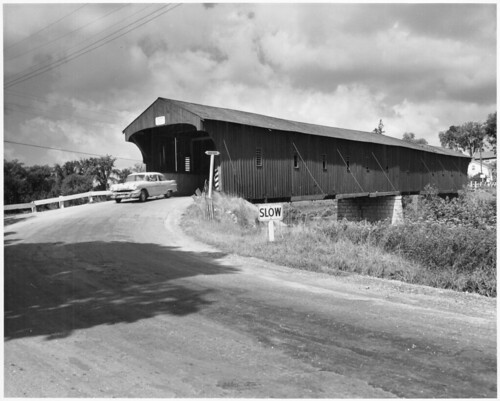 As of 2015, the number of covered bridges in Canada was under 200 total. The West Montrose Covered Bridge, also known as the “Kissing Bridge,” was constructed between 1880-1881. It happens to be the last remaining covered bridge in Ontario. The bridge got its unique name from the privacy afforded by the enclosed space for travelers.

This 198-foot long bridge spans the Grand River and was constructed of oak and pine by John Bear. At the time, it was supported by 15 wooden piles that allowed it to stand strong for several decades. Coal lamps were originally used to light the interior at night until electric lights were installed in 1950.