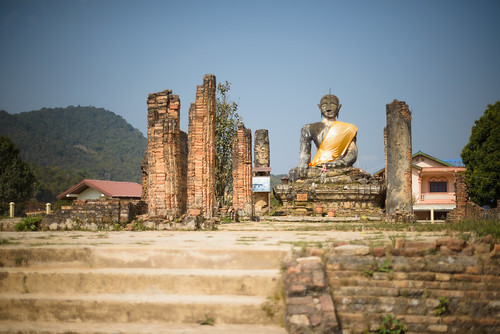 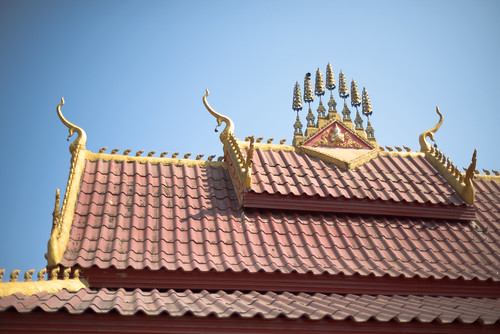 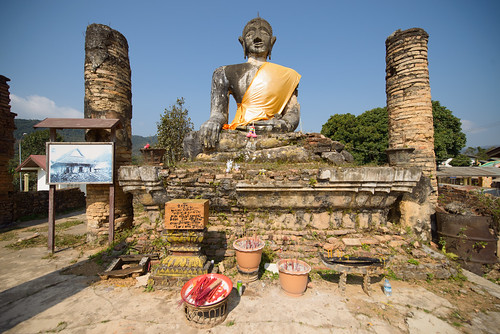 It is difficult to imagine that the diminutive village where Wat Phia Wat is located, Muang Khoun, used to be the capital of the Phuan Kingdom in the 14th century.

Thai, Vietnamese, and Chinese armies and looters ransacked Muang Khoun for centuries before the Second Indochina War broke out and the town was heavily bombed by the U.S. Air Force. Entire swathes of the town were razed to the ground, including a number of religious sites. Wat Phia Wat collapsed but, against all odds, the large Buddha statue sitting in the temple survived.