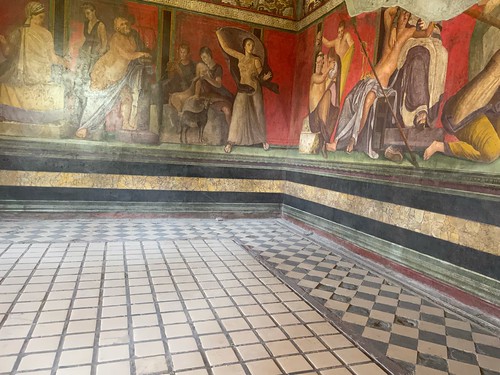 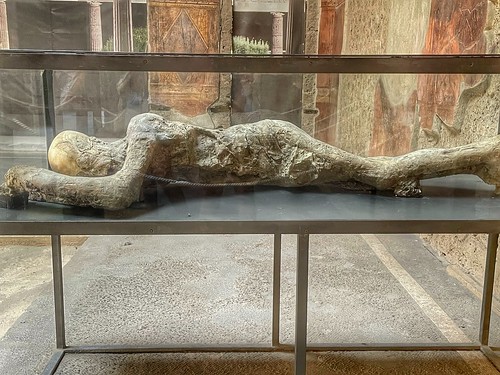 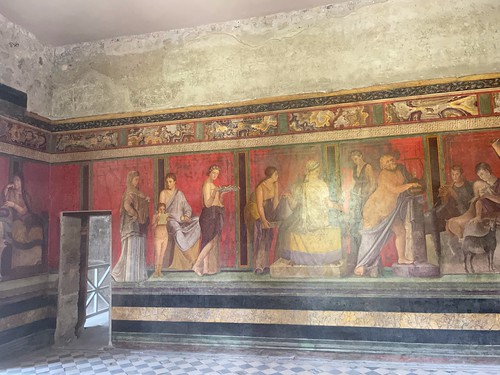 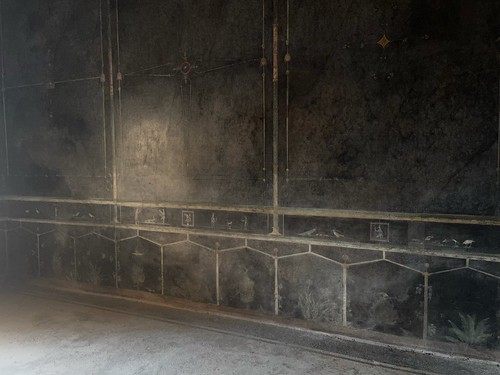 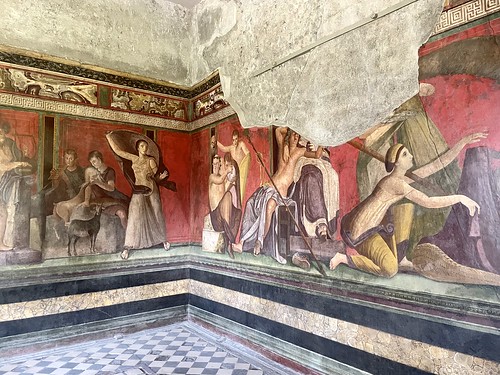 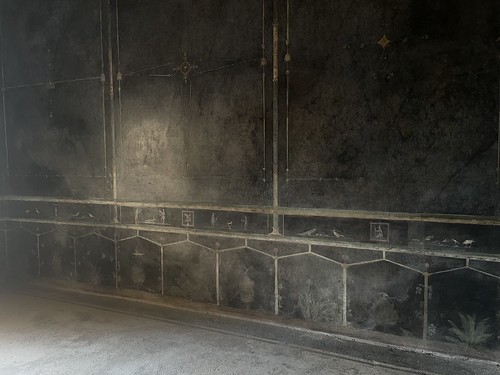 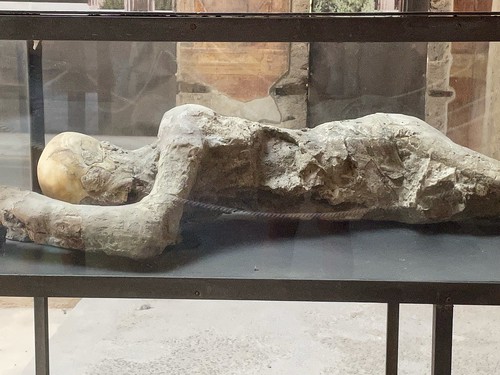 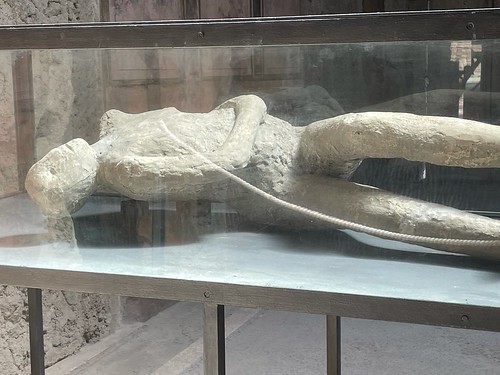 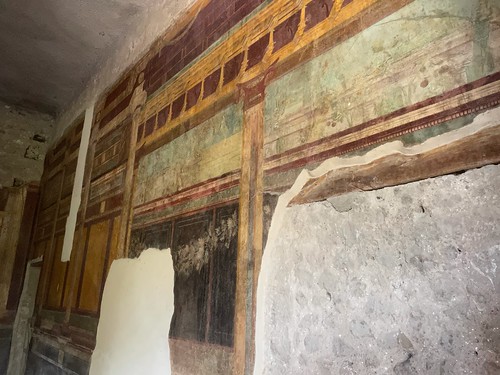 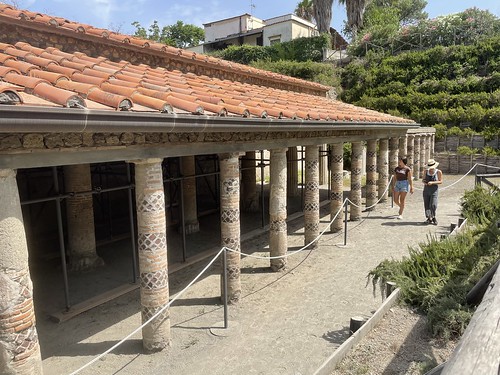 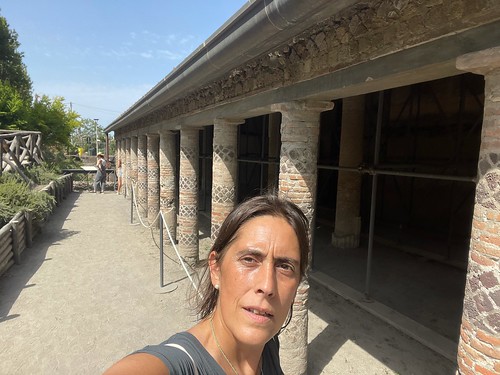 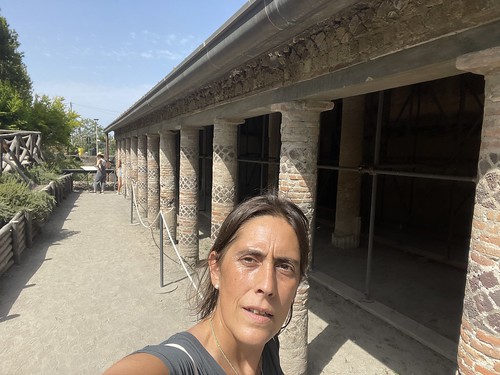 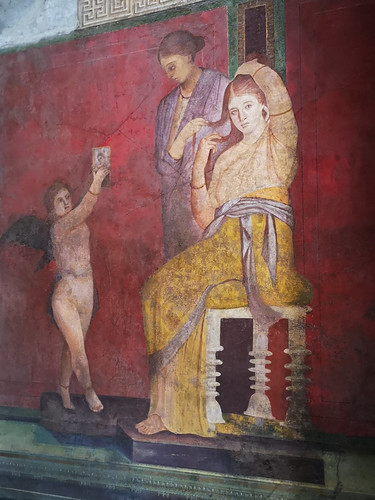 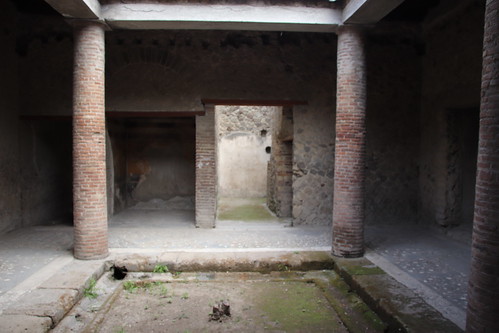 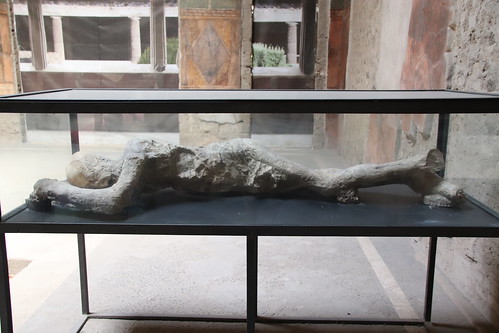 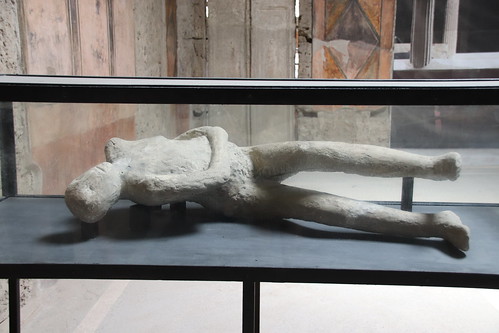 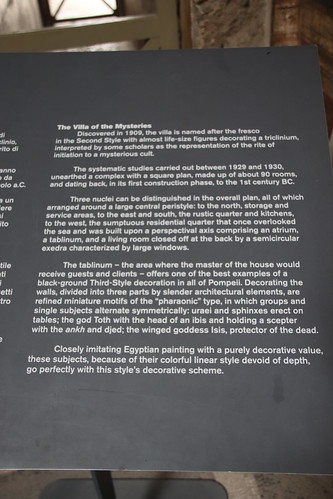 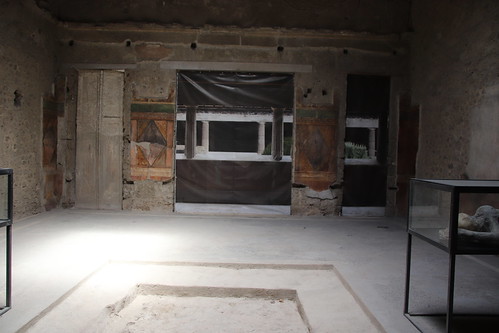 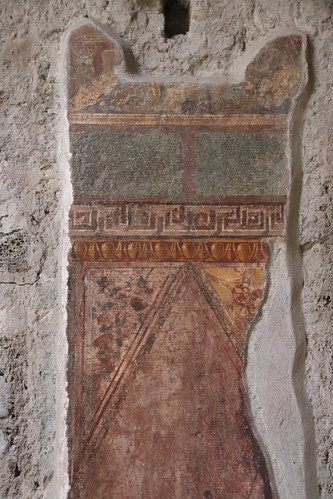 Villa dei Misteri was buried under hundreds of feet of ash and volcanic material when the eruption of Vesuvius in 79 destroyed Pompei, Herculaneum, and other nearby towns. The villa was largely undamaged though, and its ancient frescos survived remarkably intact. Today they are among the few remaining examples of ancient Roman painting.

The name of the villa translates to “Villa of the Mysteries,” which comes from a series of frescos dating back to the 1st century. They depict a ritual interpreted as the initiation of a young woman to a Greco-Roman mystery cult, an esoteric religious current very common in the ancient world. The particular cult represented here seems to be dedicated to Bacchus, the god of wine, fertility, and religious ecstasy.