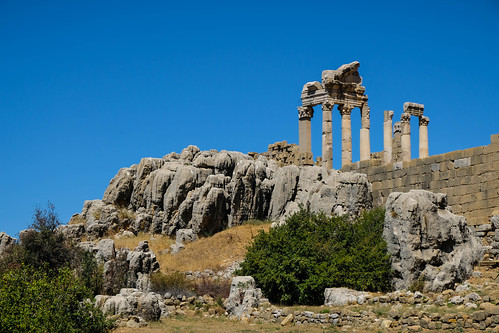 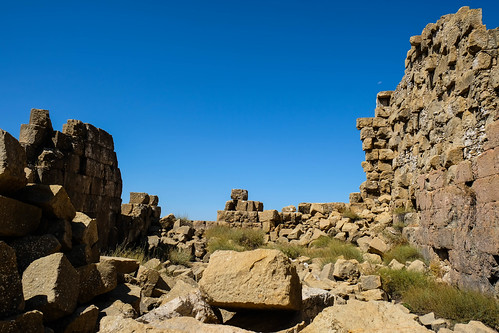 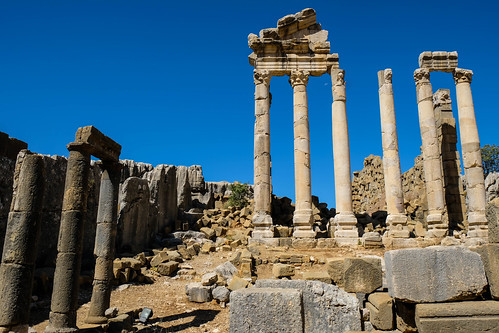 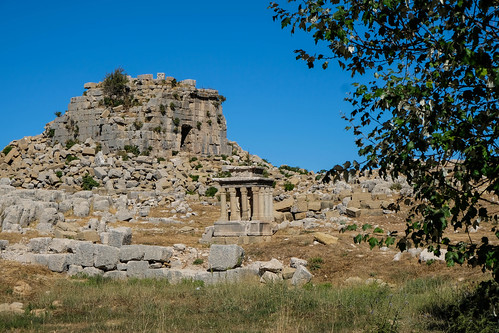 Archaeologists aren’t certain about the original purposes of this altar on Mount Lebanon. The ruins of the stone structure, one of four altars in the surrounding area, were once part of either a tower, a tomb, or a temple.

The partially collapsed stone edifice stands on the western side of the Mount Lebanon, on a summit called Faqra. The 52-by-52-foot cube is just over 32 feet tall. But considering its wide base, and the number of stones, it was likely much taller when it was built in 43 AD. A staircase and pieces of pillars and pedestals certainly confirm the place once had a second story, now long gone.