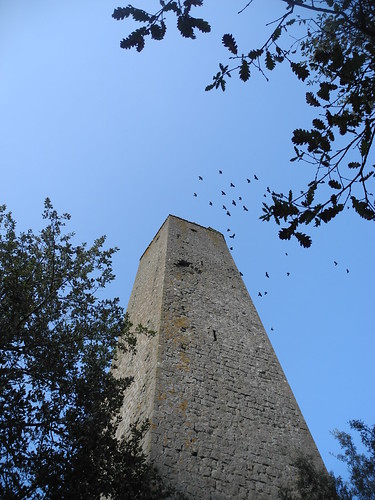 The lonely silhouette of the Tower of Chia (Torre di Chia) rises above the scenic woods and waterfalls of Fosso Castello in the province of Viterbo, the land of the ancient Etruscans. It is here that the Italian director, poet, and writer Pier Paolo Pasolini spent the final years of his life, and filmed the key scenes of his most famous film, “The Gospel According to Matthew.”

In the spring of 1964, Pasolini was scouting the region for locations for what would be considered his cinematic masterpiece, a retelling of the biblical story of Jesus. He discovered the tiny village of Chia and its melancholic tower near Fosso Castello and decided it was the ideal place to film the scenes of Jesus’ baptism in the River Jordan. Pasolini fell in love with the area, writing that it was the most beautiful landscape in the world.