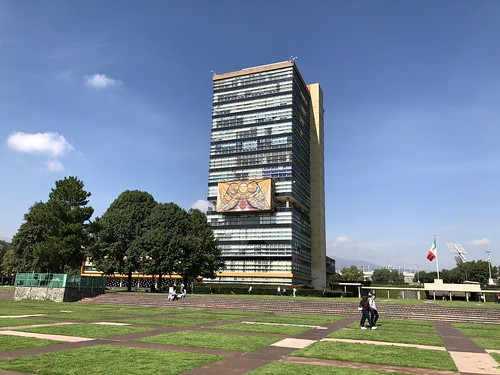 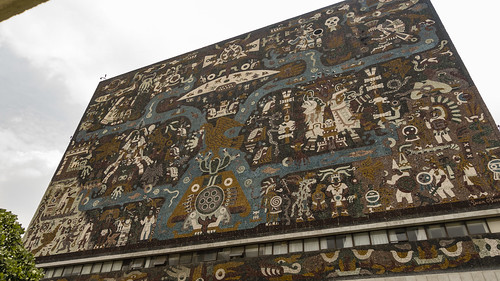 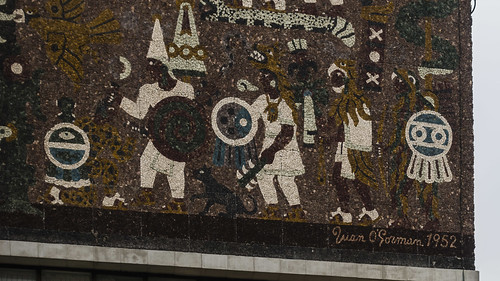 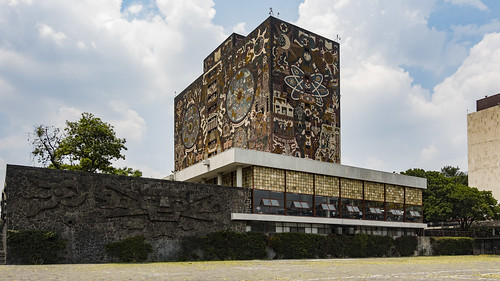 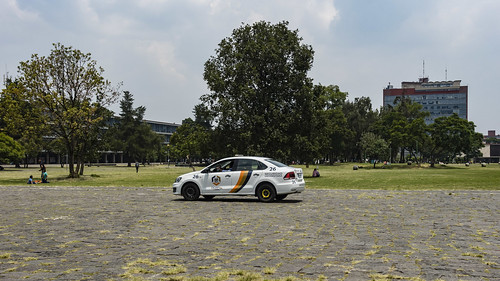 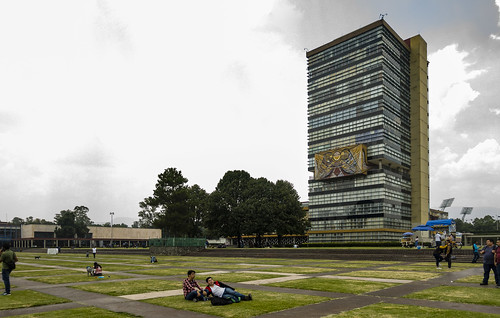 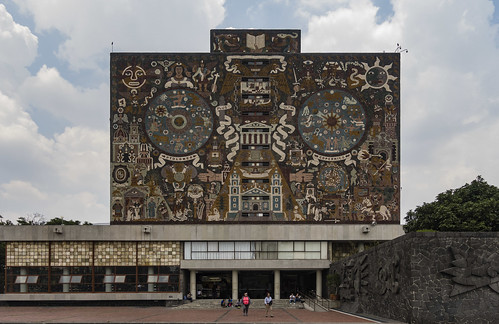 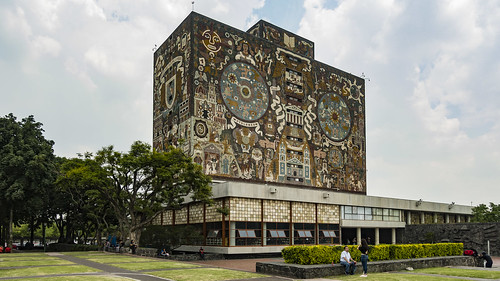 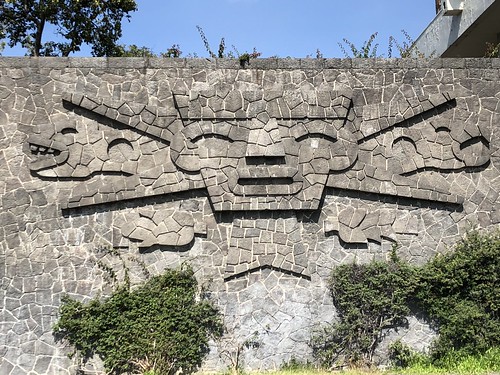 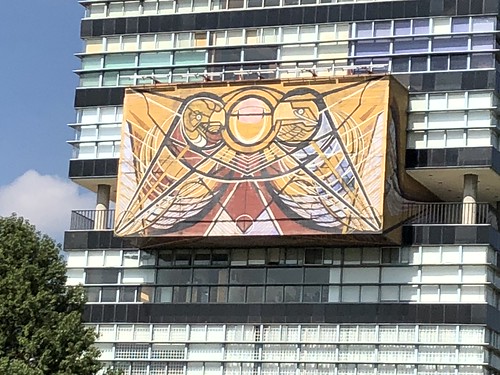 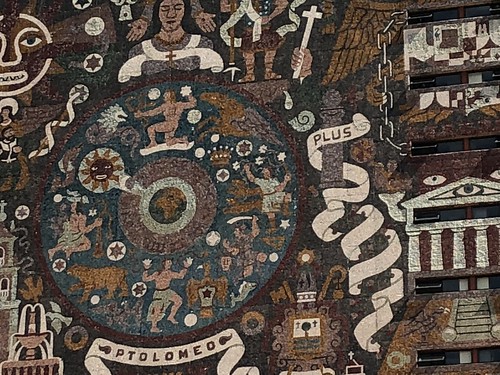 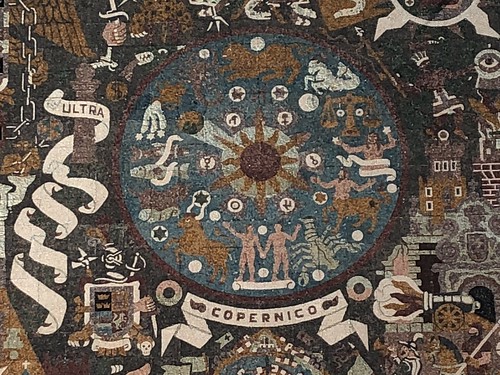 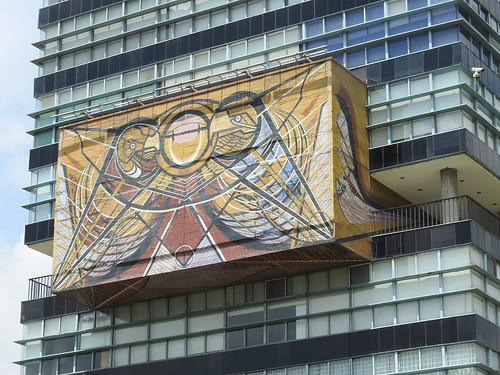 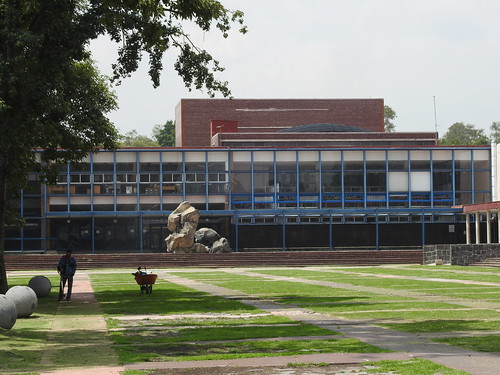 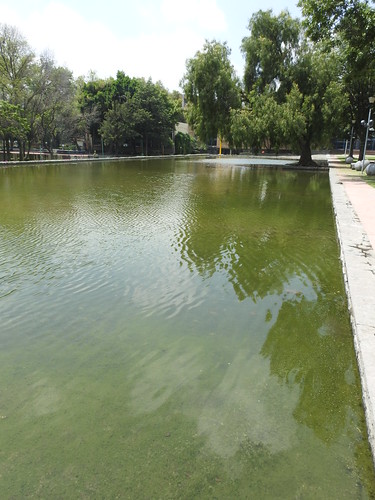 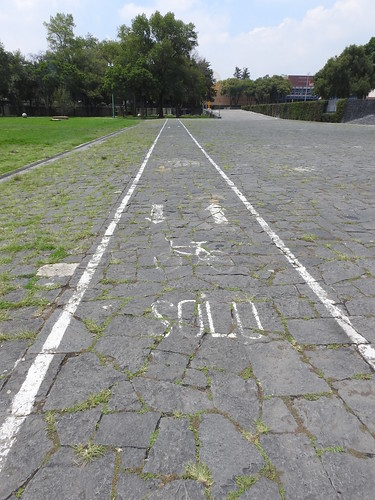 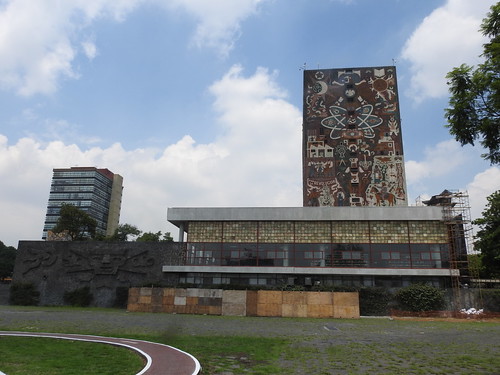 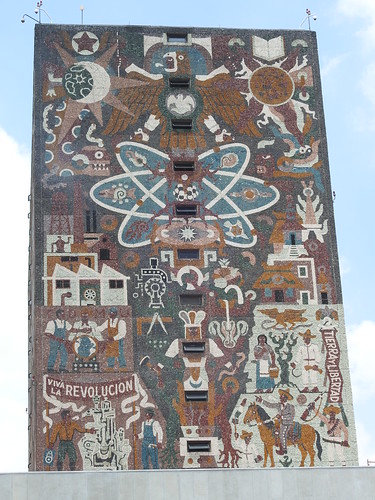 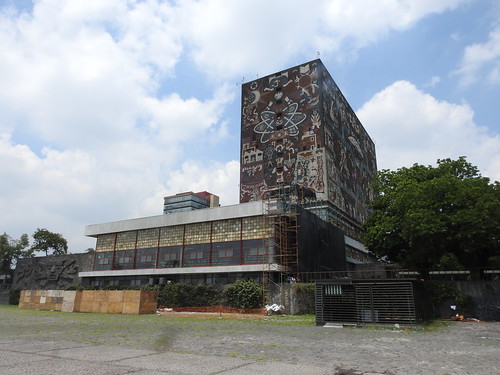 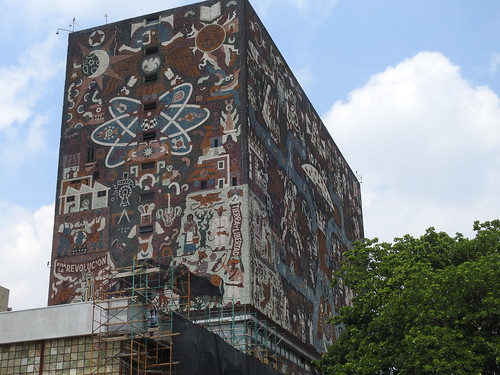 In general, libraries are most known for the wonders they hold inside, but the Central Library on the campus of the National Autonomous University of Mexico (UNAM) wears its most incredible feature on its facade. Covering every inch of the 10-floor building’s exterior is a colorful stone mural illustrating events from Mexico’s past, present, and imagined future. Also, it kind of looks like a giant prehistoric boombox.

Originally opened in 1956, the library building is most evidently the work of artist Juan O’Gorman. Though the building’s architecture is blocky, windowless, and monolithic, the artist created colorful designs that cover the entire surface of all four sides. The designs were inspired by a quartet of historical epochs, with the north wall representing the pre-Hispanic period; the south wall, the colonial period; the east wall, the modern era; and the west wall, the university’s history.