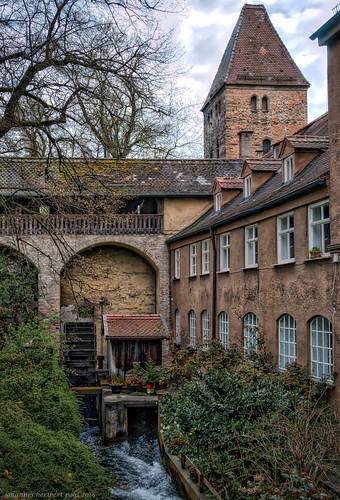 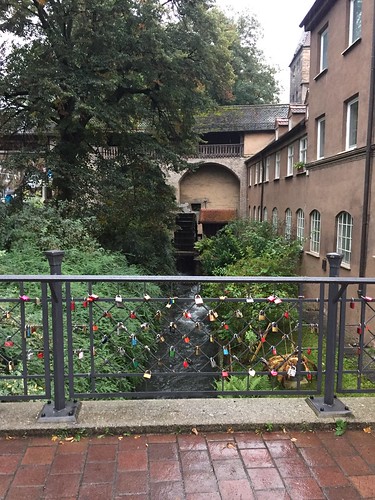 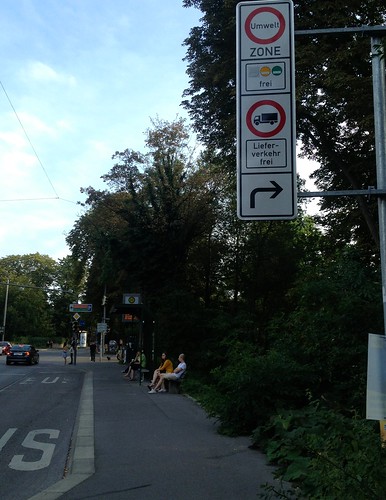 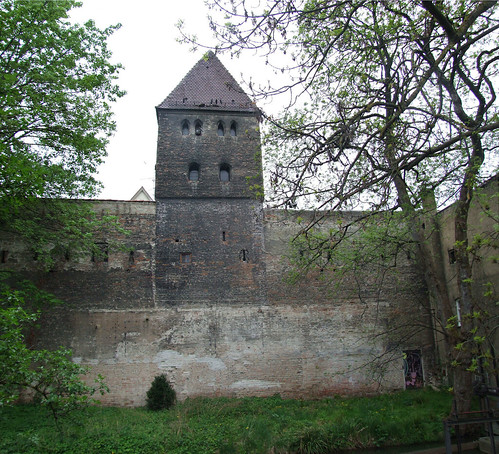 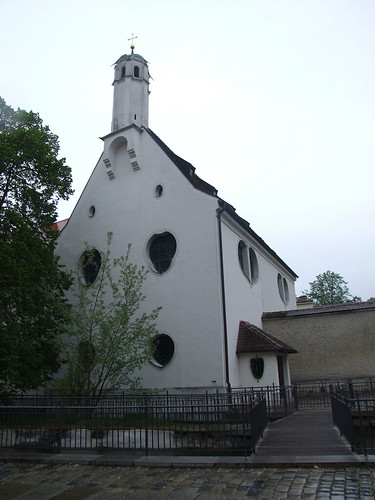 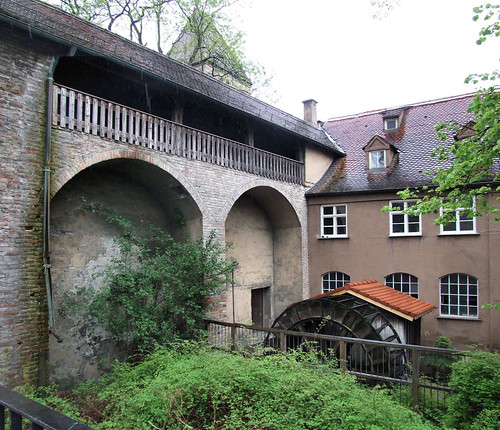 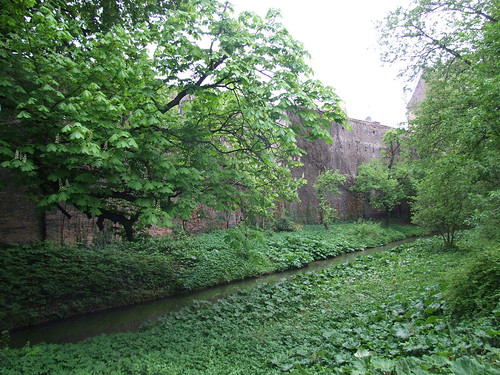 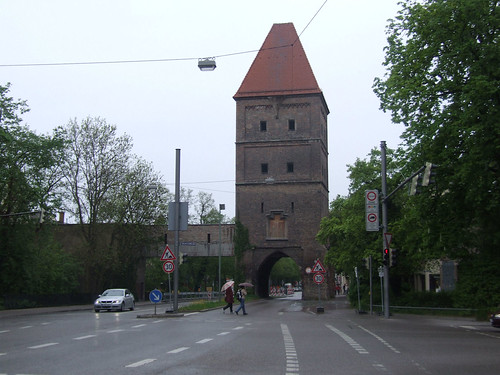 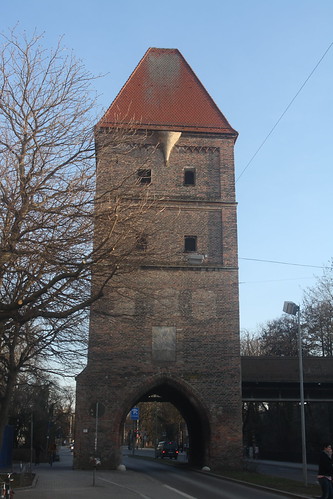 The Vogeltor has stood “perfectly straight” in the downtown center of Augsburg for many years.

Built in 1445, the uniquely named Vogeltor (“vogel” means “bird” in German) is a four-story gated tower in the heart of this busy Bavarian college town. It was built to replace a previous tower which had stood since the early Middle Ages. It was one of four indoor and ten outdoor gates that were built into the fortified city’s protective wall. For centuries it protected access to the suburb of Jakober, along with a moat and drawbridge. The origins of its unique name remain a mystery. Some say it was named after Mayor Konrad Vogelin, who ordered its construction. Others say that a flock of birds swooped down during its groundbreaking ceremony, or that it is named after a fowler who had lived in the previous tower on the site.