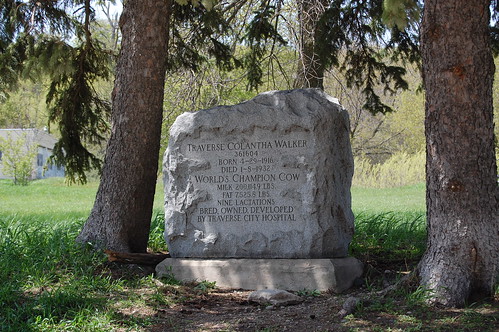 At the southern end of the former Traverse City State Hospital property, near Historic Barns Park, is a single gravesite. But this is no ordinary gravesite, for this is the final resting place of Traverse Colantha Walker, a world champion milk-producing cow.