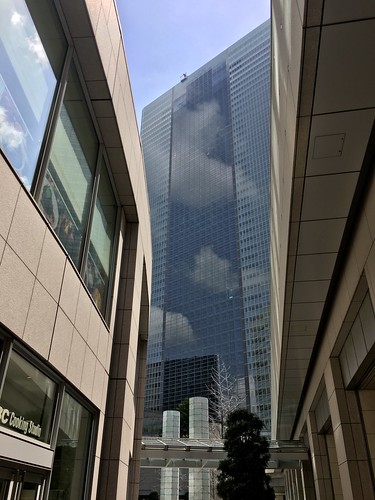 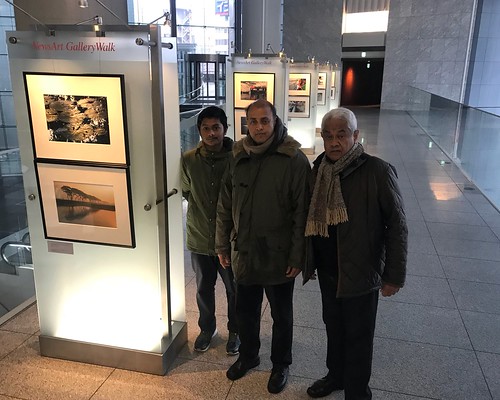 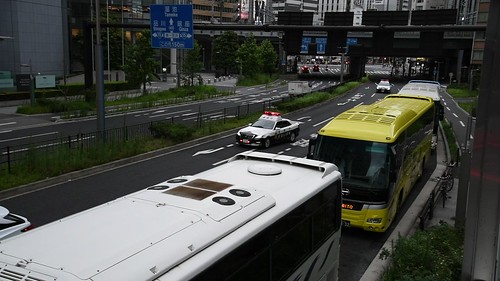 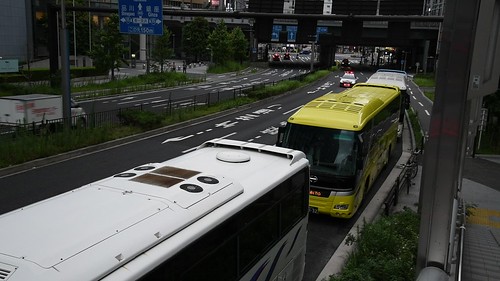 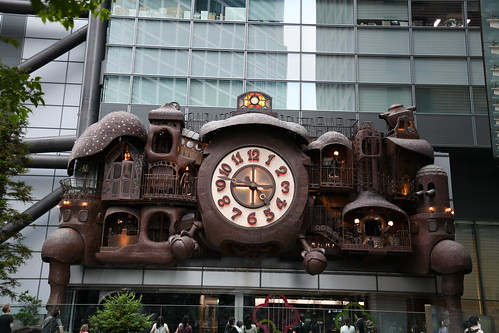 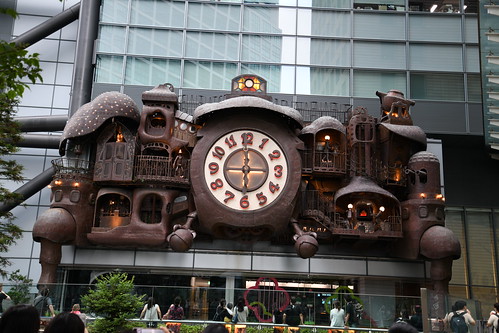 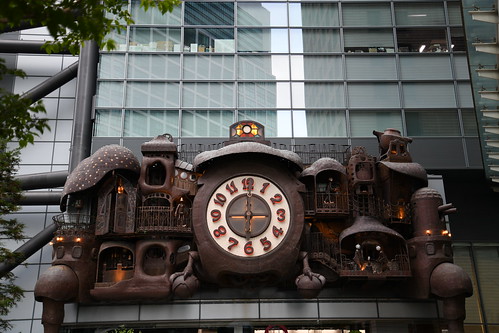 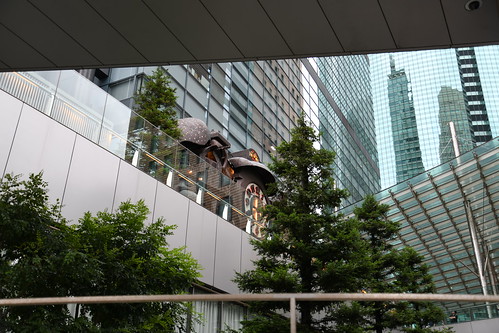 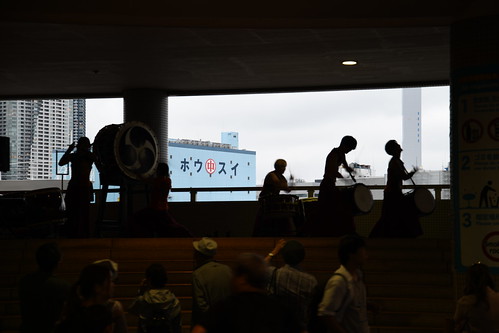 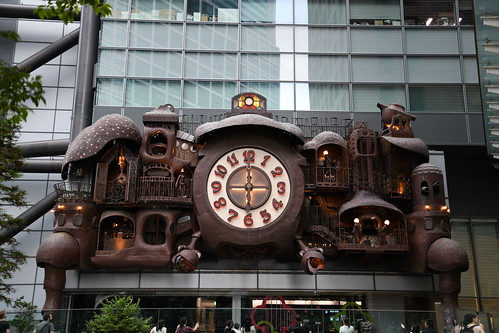 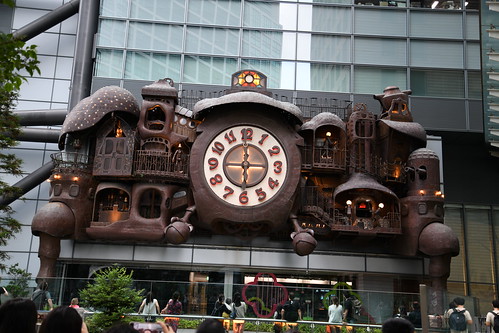 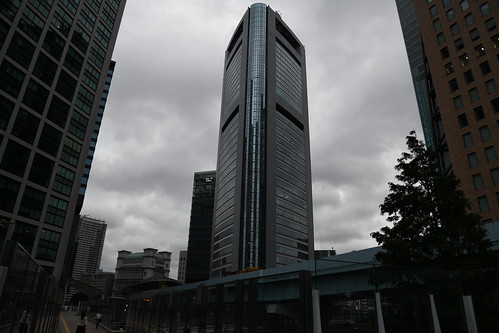 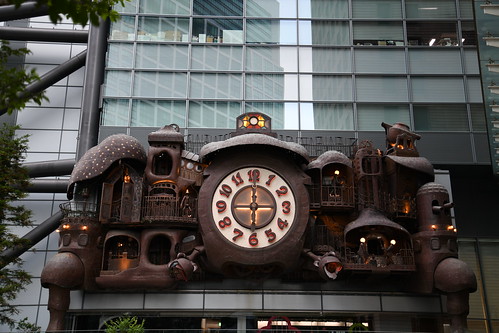 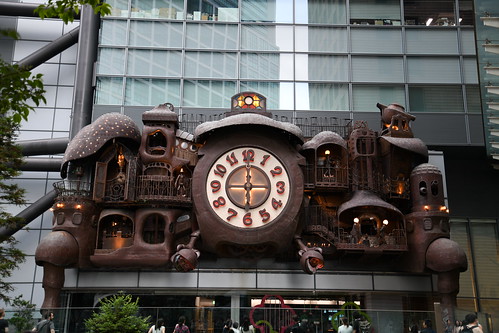 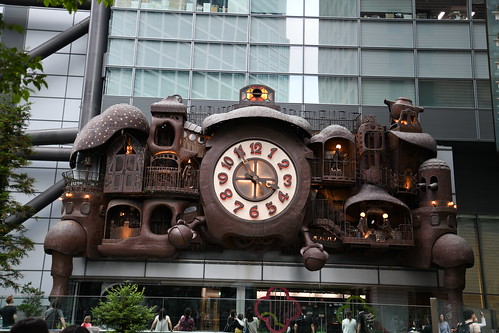 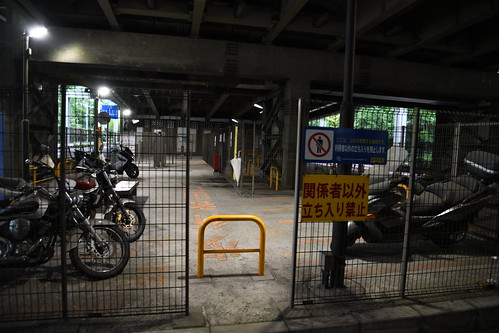 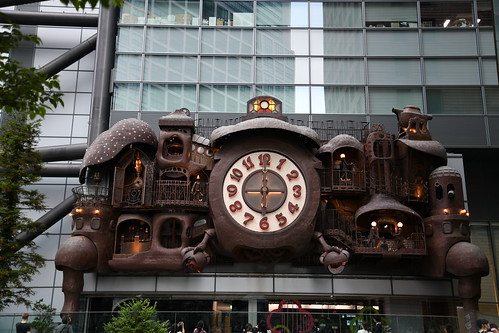 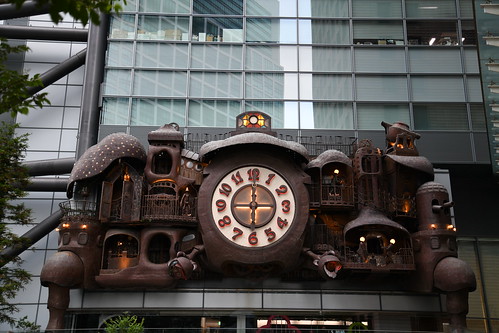 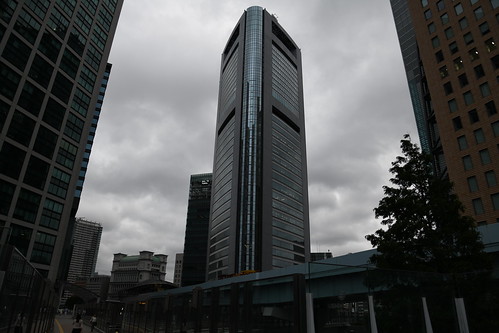 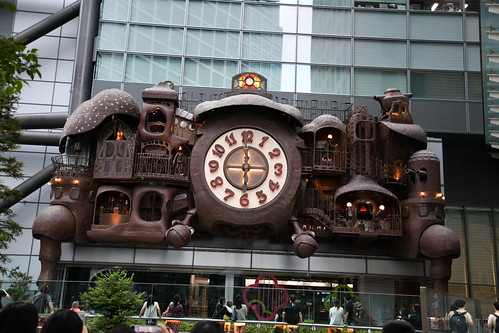 Officially called the “NI-Tele Really BIG Clock,” four or five times a day this wacked-out symphonic mega-machine spins, dances, whirs and clanks. And as a side gig, it also tells the time.

The giant clock is in the Shiodome section of Tokyo, at the Nittele Tower (headquarters of Nippon Television). It was designed by Hayao Miyazaki, the renowned director and co-founder of Studio Ghibli, and while it’s not exactly drawn from his 2004 film Howl’s Moving Castle, it’s been likened to the aesthetic of the anime classic.