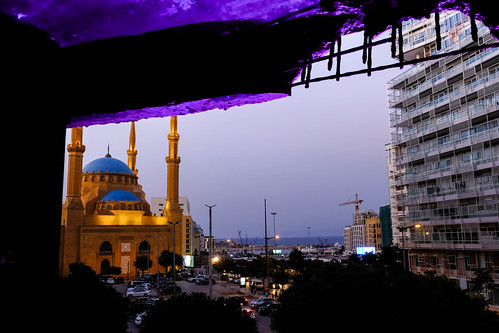 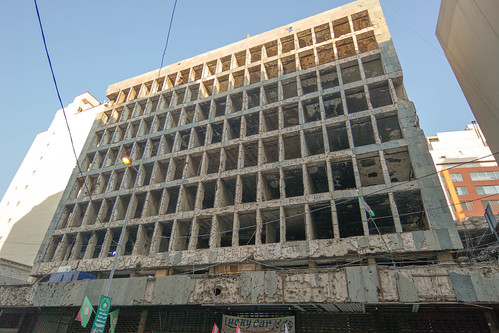 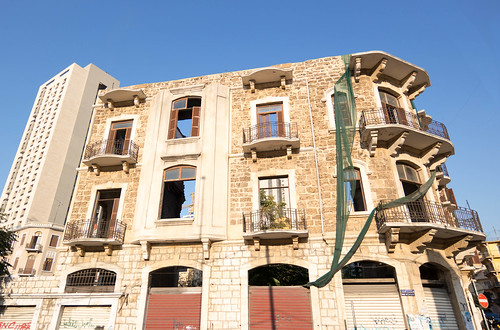 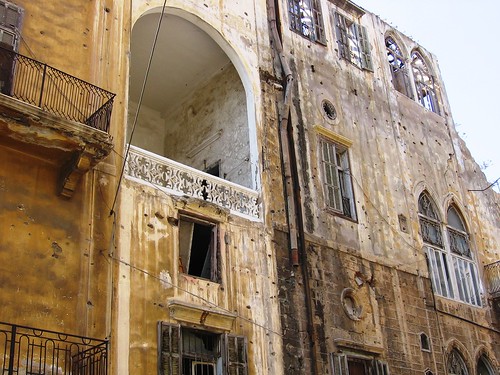 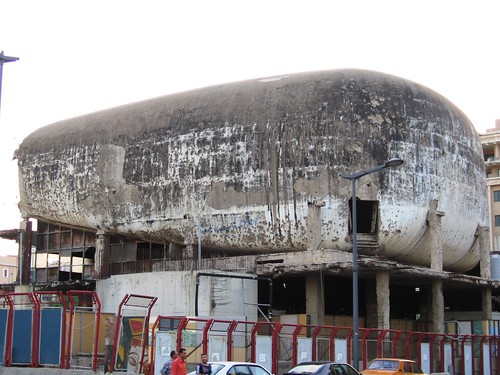 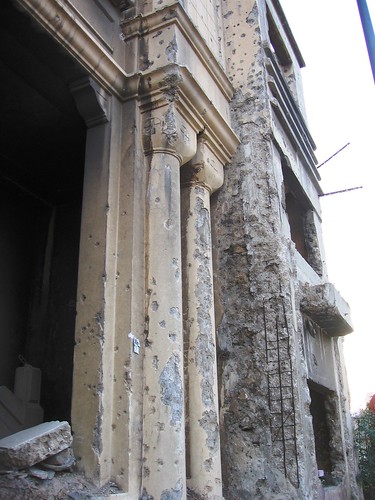 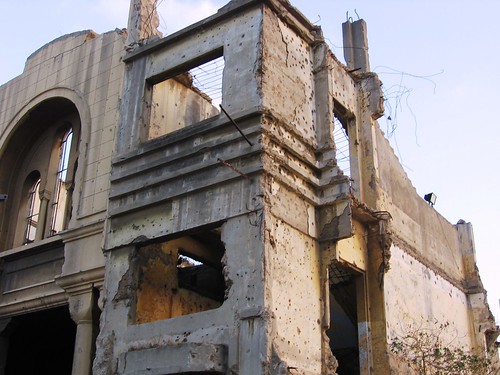 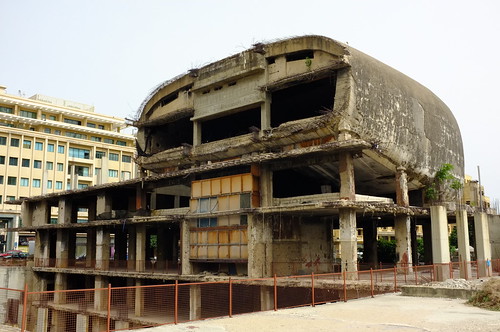 This modernist movie theater was once the jewel of a bustling downtown in pre-war Beirut, but today it is full of bullet holes. The district is a short walk from the rocky Mediterranean coast, and was once dotted with cinemas. The Egg, which was officially part of the never-finished Beirut City Center complex, was one of the most unusual. It was popular among Beirut residents until civil war broke out in the 1970s, and the building suddenly found itself on the front line separating the West and East.

The structure was built in 1965 by Lebanese architect Joseph Philippe Karam, part of a golden age of construction when modernist designers were commissioned to experiment with new ideas and materials across the city. Karam envisioned two large towers on either side of the cinema. Only one was built, and it didn’t survive the war. What did survive years of fighting was the distinct, egg-shaped shell of the cinema—with the scars to prove it.