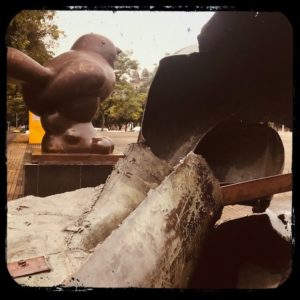 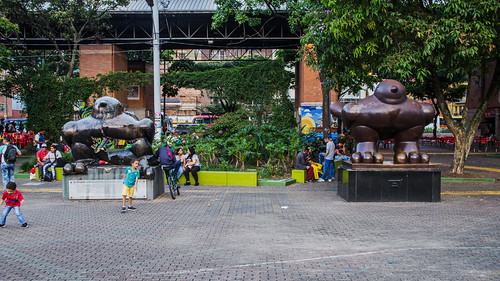 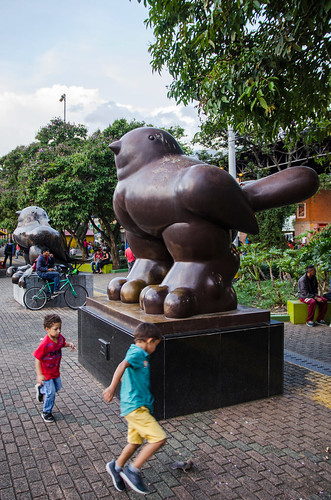 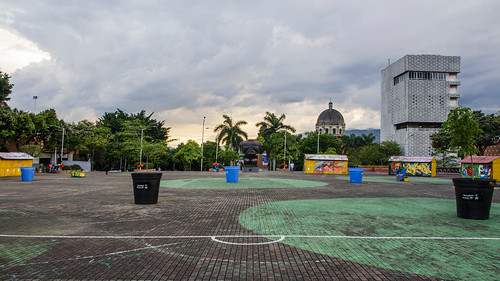 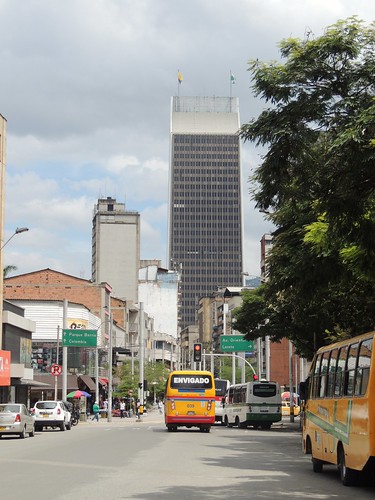 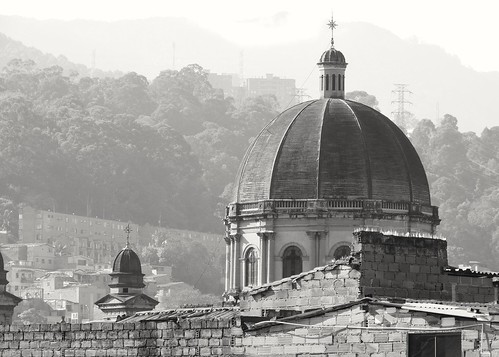 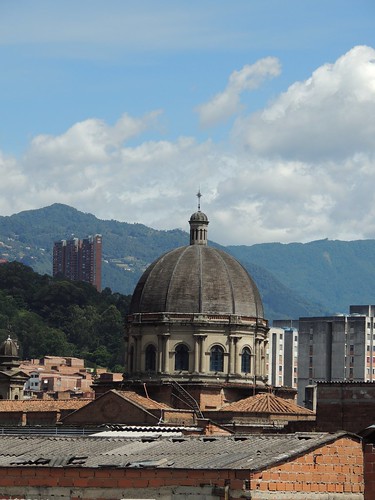 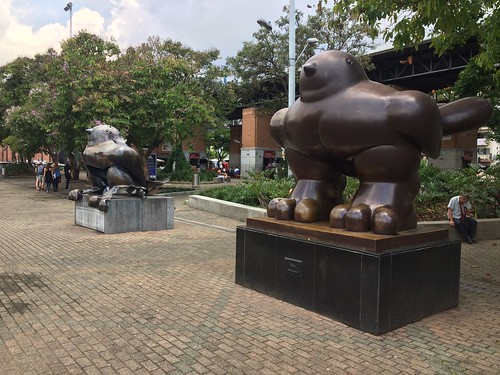 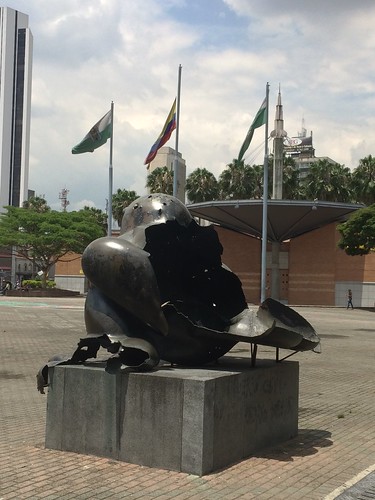 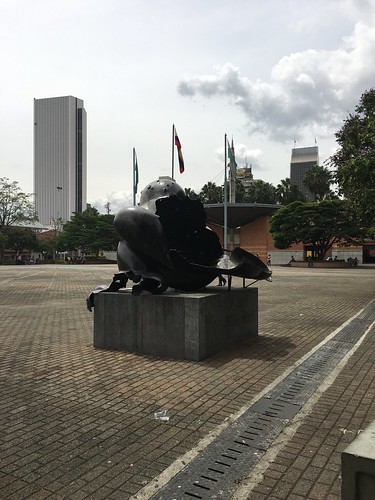 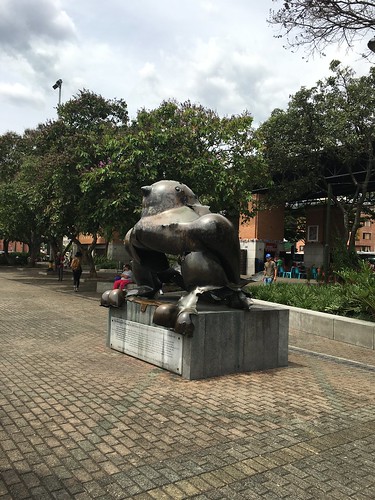 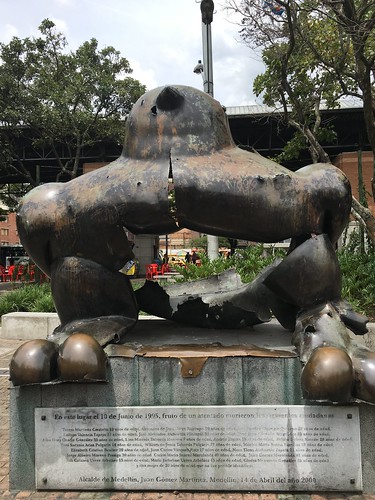 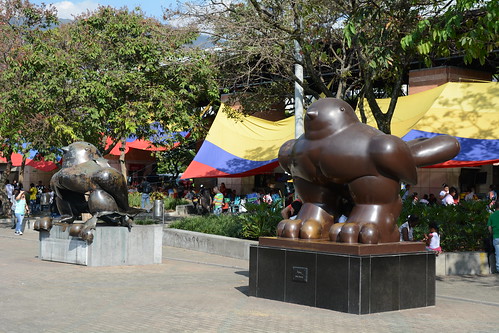 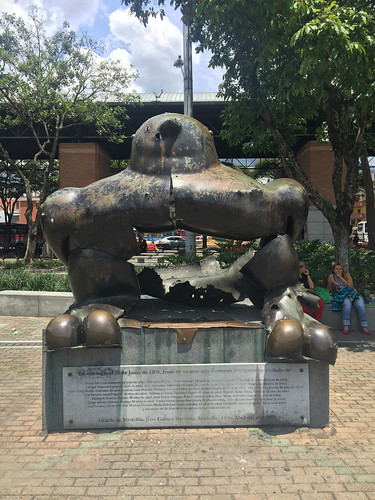 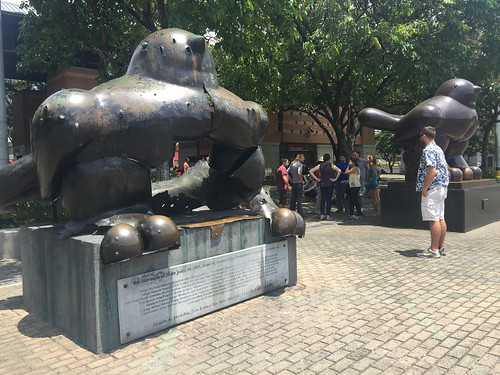 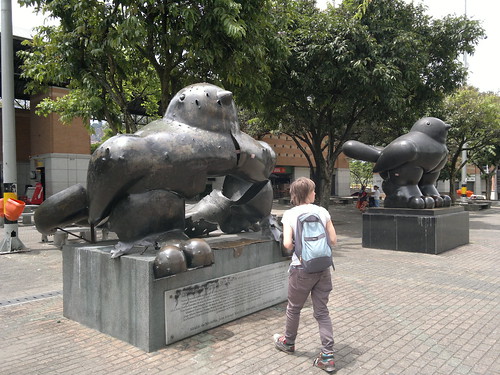 Medellin is chockablock with statues by hometown artist Fernando Botero, famous for his exaggerated, plump bronzes of people and animals. There’s a whole park downtown filled with 23 statues he donated to the city. But Botero’s most poignant statues are several blocks south in gritty San Antonio Plaza. On the right stands a typical Botero bronze, a cartoonishly fat and cheerful bird, standing squatly. On the left a few steps away stands the same statue, blasted to pieces, an enormous hole torn through its abdomen.

In 1995, there was only one bird. In June of that year, 22 pounds of dynamite left at the base of the statue exploded during an outdoor concert, killing 30 and injuring more than 200. The leftist guerrilla group FARC initially took responsibility for the bombing, and claimed it was a message aimed at Colombia’s then-defense minister Fernando Botero Zea, Botero’s son.