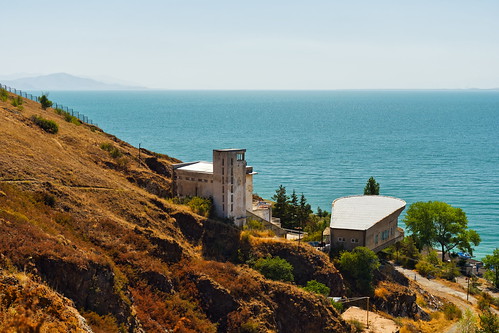 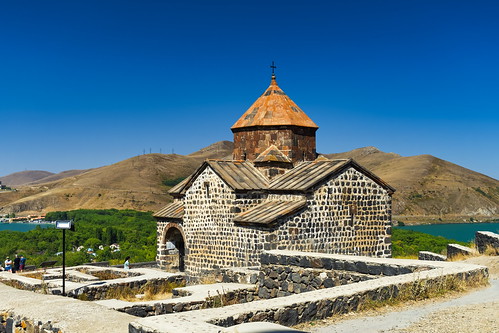 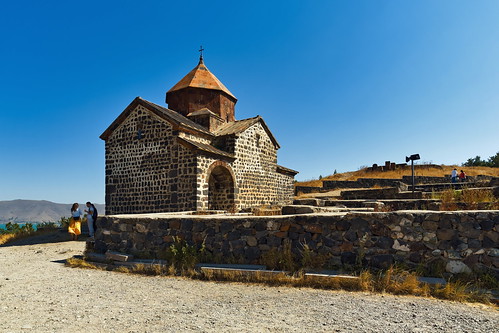 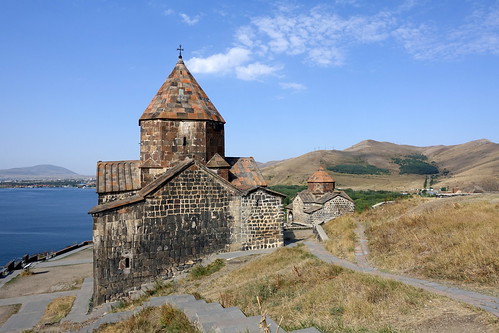 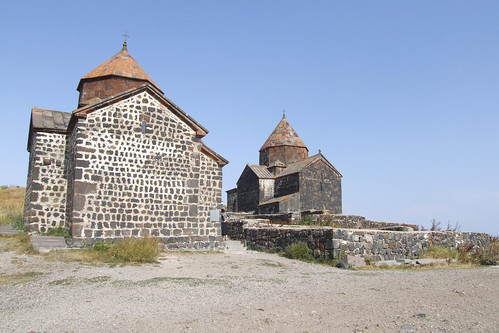 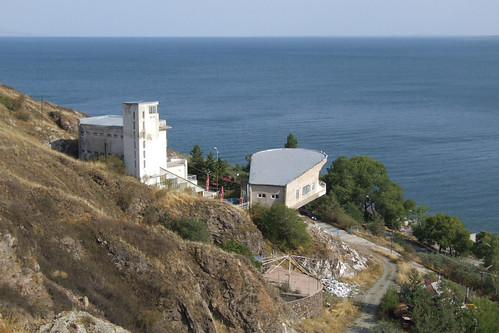 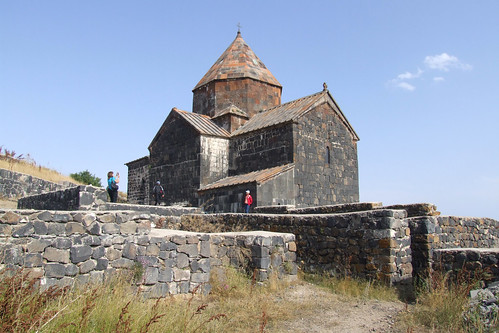 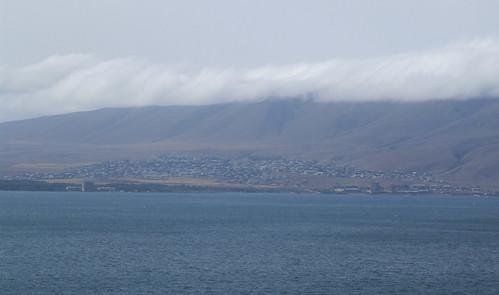 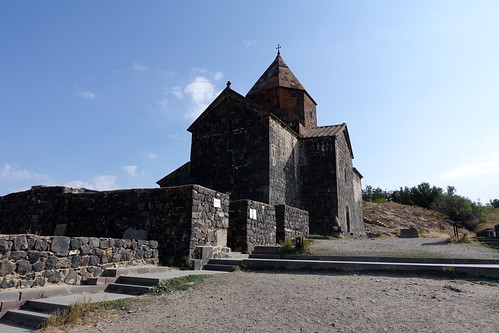 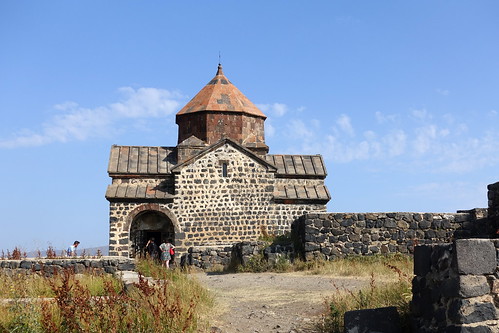 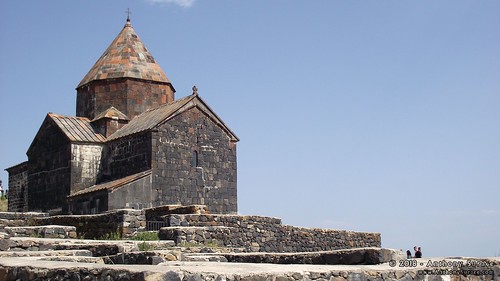 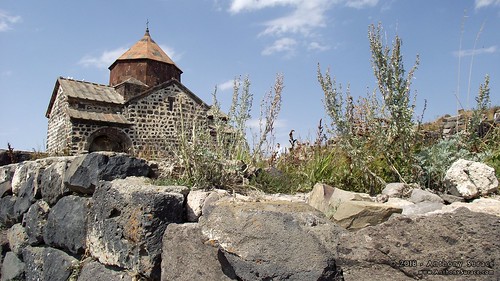 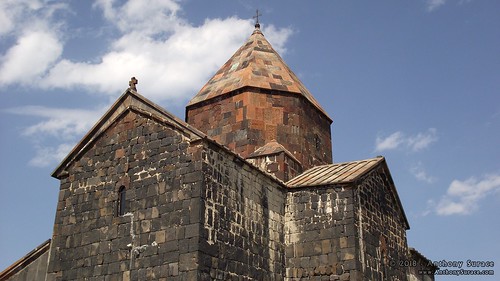 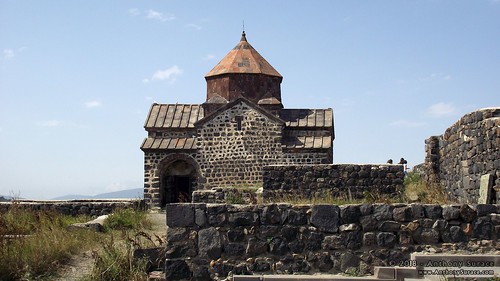 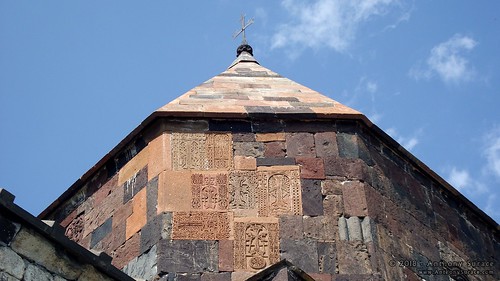 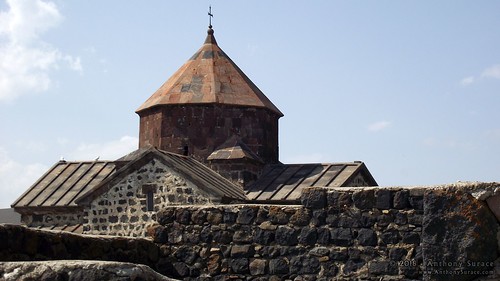 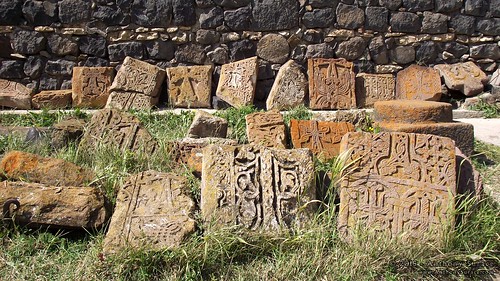 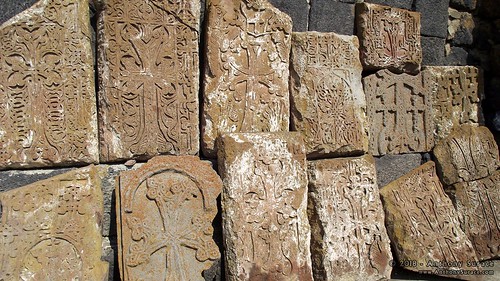 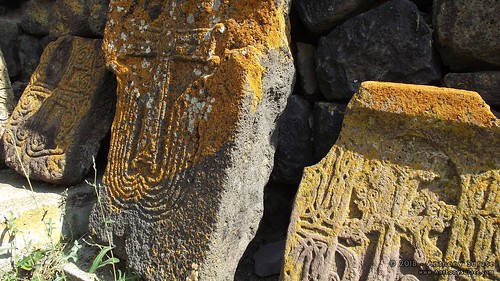 The monastery complex of Sevanavank is surrounded by such arresting natural beauty it’s no wonder there are two local legends attached to it. The black-and-orange stone construction of the churches is offset by the ornate orange and green andesite and limestone khachkars, stone blocks with intricate designs carved into them. The sparkling azure lake creates a breathtaking backdrop.

The complex dates back to the 4th century CE. Soon after St. Gregory the Illuminator converted the King of Armenia to Christianity in 301, he established two churches on an island in Lake Sevan. St. Harutiun’s church, which now lays in ruins, was a domed basilica with three naves, a popular Armenian design. St. Karapet’s, with a similar design, is still standing. In the 9th century, Princess Mariam of the Bagratumi dynasty established St. Arakelots church, the church of the apostles, and St. Astvatsatsin’s church on the island, as well as expanding and rebuilding the existing complex.