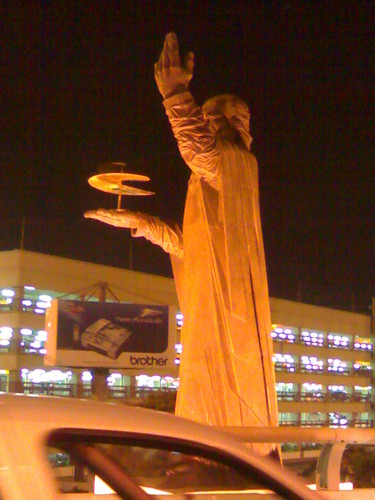 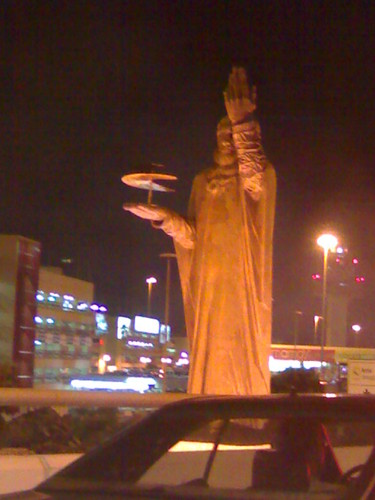 Unveiled on August 19th 1960, the giant statue of Leonardo da Vinci at Rome’s Fiumicino-Leonardo da Vinci Airport has greeted visitors ever since. Millions and millions of people have passed it over the decades, but it was not until 2006 that a secret hidden inside the statue was discovered.

The monumental bronze statue with marble base is the work of the Bulgarian artist Assen Peikov, who expatriated to Italy during World War II. When the city of Rome announced a competition for a work of art to be installed at Fiumicino Airport, Peikov won, and the resulting 60-foot statue of the Renaissance giant holding his famous “aerial screw” design would become the sculptor’s largest and best-known work.