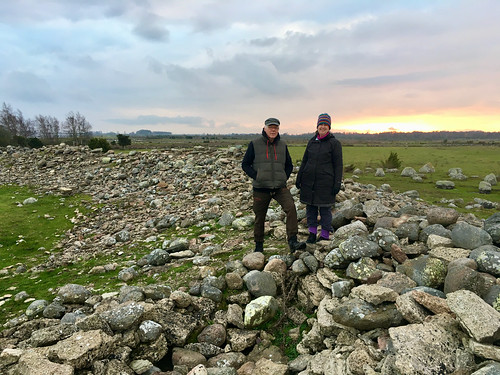 Sandby borg is an Iron Age ringfort on the southeast coast of the Swedish island of Öland. It’s one of many ancient ruins on the island, which is rich in history and nature. What makes this particular fort infamous is the discovery that it was the site of a gruesome massacre that occurred some 1,500 years ago.

In 2010, archaeologists excavating the site dug up the bones of dozens of humans who had been brutally killed in a mass murder. Researchers suspect hundreds died in an attack that wiped out every last inhabitant of the ring fort at the end of the 5th century, during the tumultuous Migration Period in Europe around the fall of the Western Roman Empire.