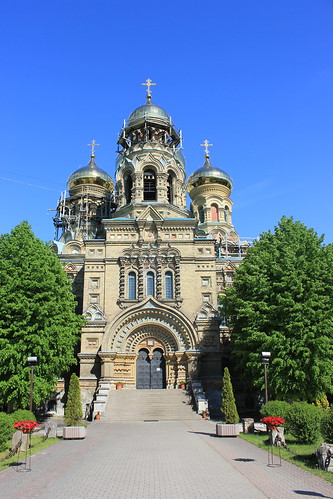 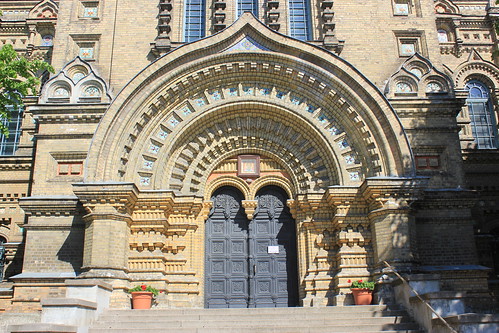 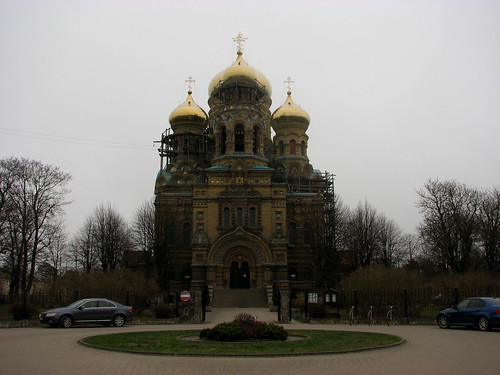 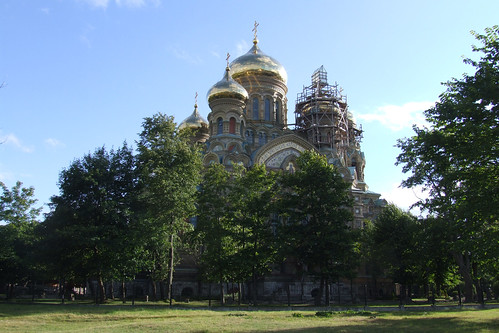 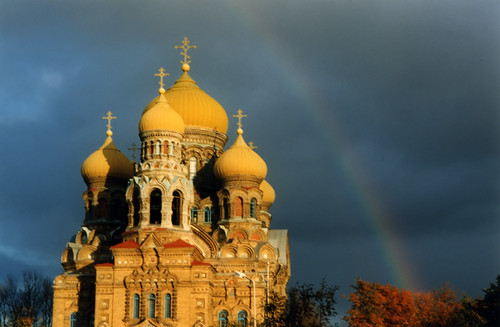 Just north of Liepāja in Latvia, the Saint Nicholas Naval Cathedral, an ornate Russian Orthodox church, stands in stark contrast to its drab surroundings in the former closed military district of Karosta.

The cathedral served the Russian imperial navy crewmen who were stationed here at the Karosta port. Following the traditional design of 17th century Russian churches, Tsar Nicholas II himself was present for both the laying of the cornerstone, and also the final consecration ceremony two years later in 1903. The cathedral was decorated inside with an extraordinary array of mosaics, icons, wood carvings, paintings, and frescoes created by a team of mostly Russian artists including V. Frolov, P. Abosimov, F. Railyan and M. Vasilyev.