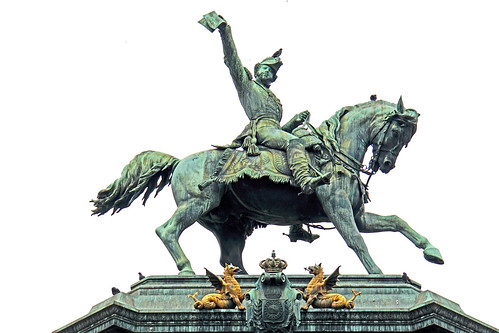 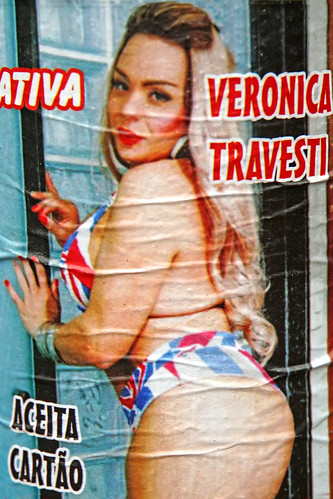 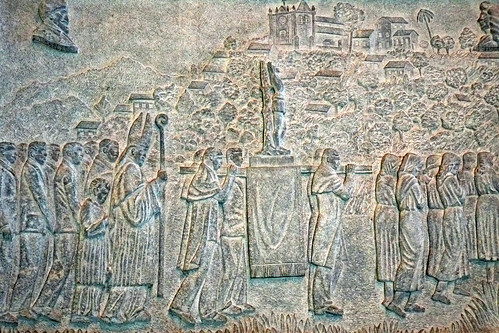 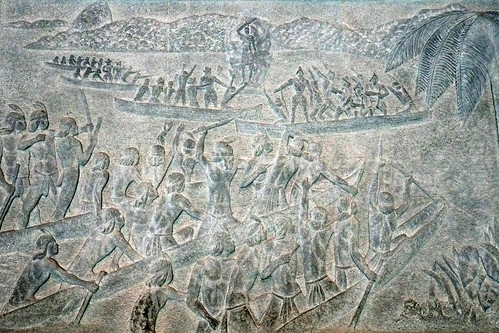 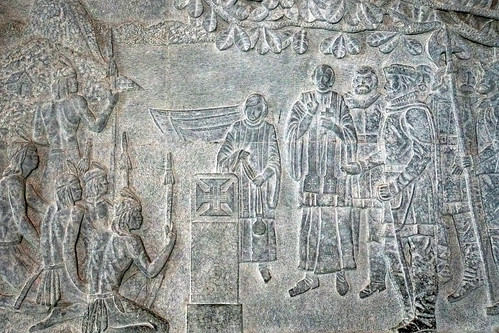 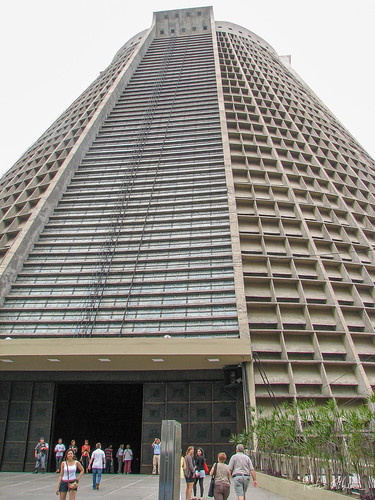 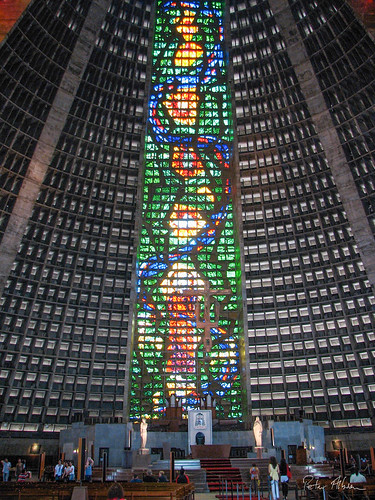 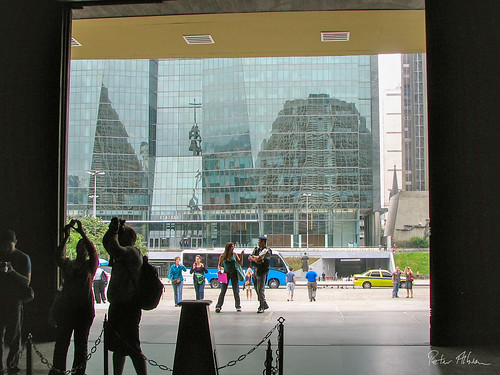 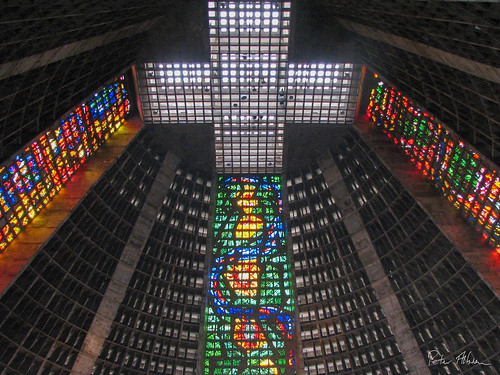 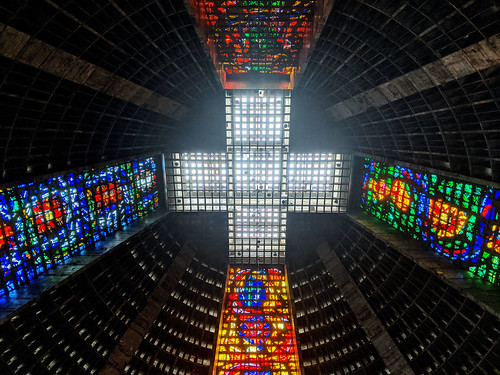 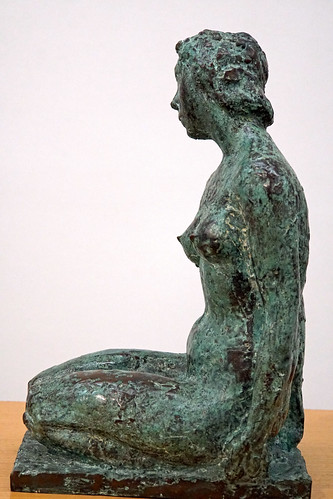 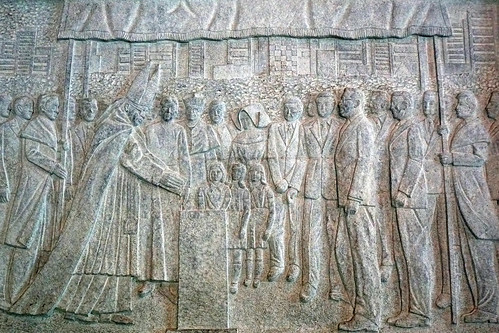 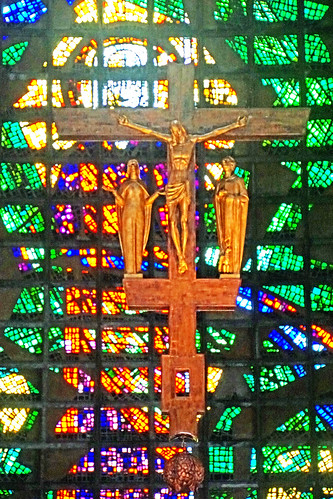 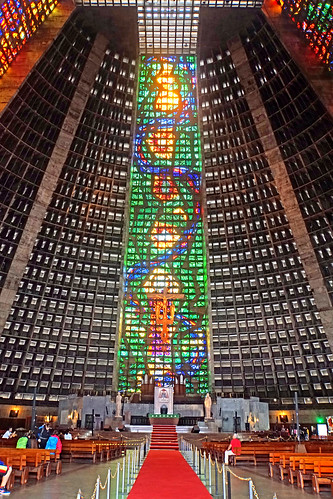 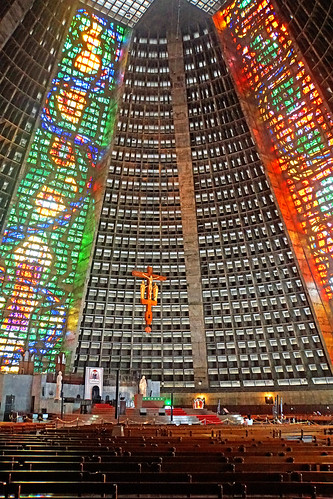 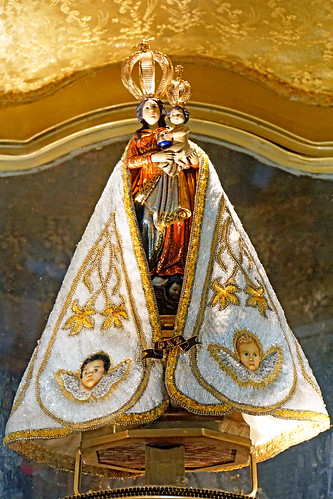 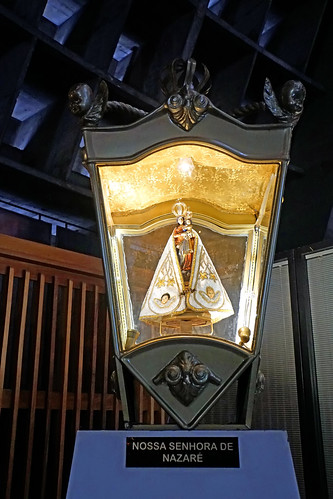 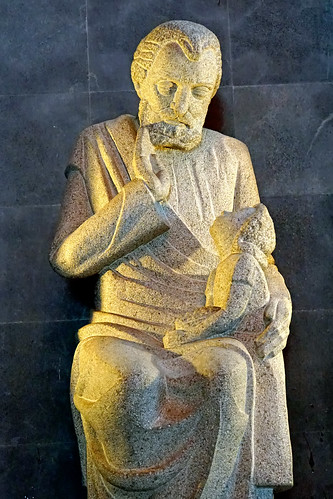 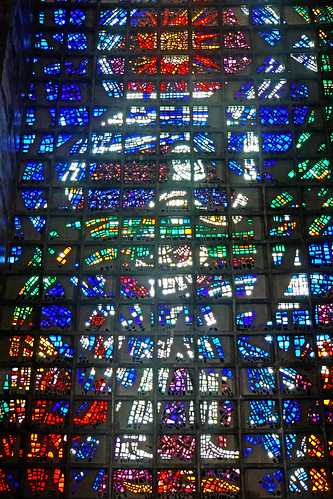 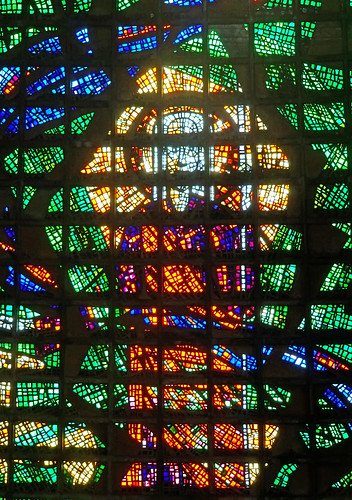 Elaborate churches can be found all across the world, showing off the glory of God through the language of architecture, but the Rio de Janeiro Cathedral may be the only one that looks like an angular beehive from the future.

Construction on the massive cathedral began in the late 1960s, and continued on into the 1970s. Designed by architect Edgar Fonseca, the modern temple was intended to echo the ancient Mayan pyramids. The church can hold as many as 20,000 people (if standing room is included), and includes a museum in the basement, a markedly more efficient use of space than the Mayans had. It also incorporates features such as ornate doors made of dozens of religious-themed bronze plaques.