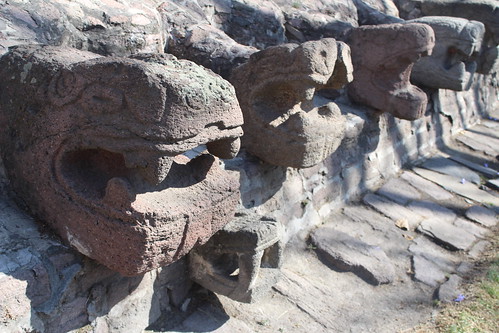 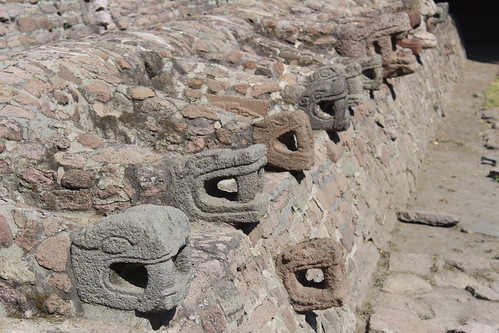 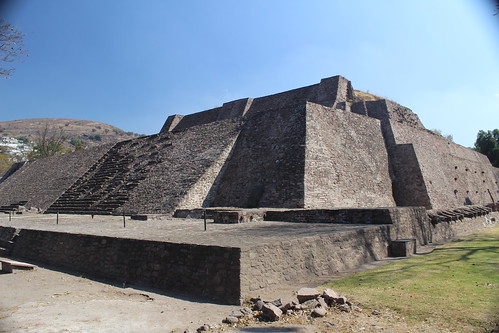 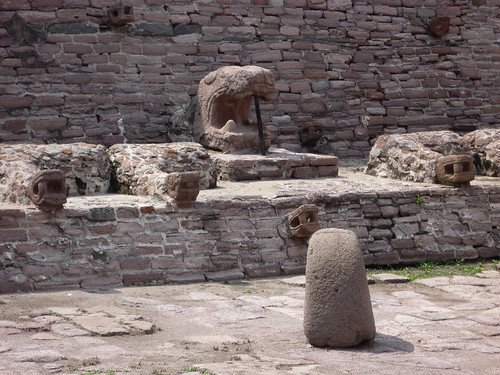 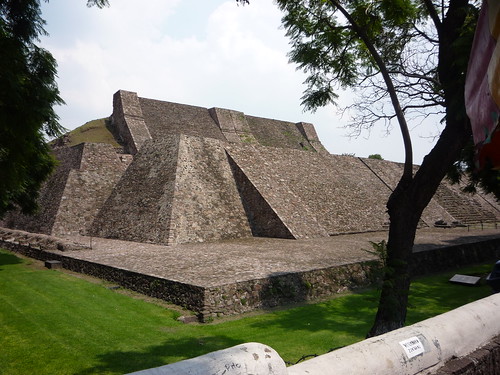 On the outskirts of Mexico City stand the ruins of an ancient pyramid that is surrounded by what appears to be an army of stone serpents.

Xolotl, a leader of the Chichimecas (“Barbarians” in Nahuatl) who settled at Tenayuca, built a fortified city here as a capital for his people. In subsequent generations, this center lost much of its power and was moved to Tetzcoco. As a settlement of now secondary importance, Tenayuca experienced a second wave of invasion by a coalition of other Chichimeca tribes in the late 1200s, from whom would eventually emerge the Aztecs. After the site came under Aztec control, an elaborate pyramid complex was constructed.