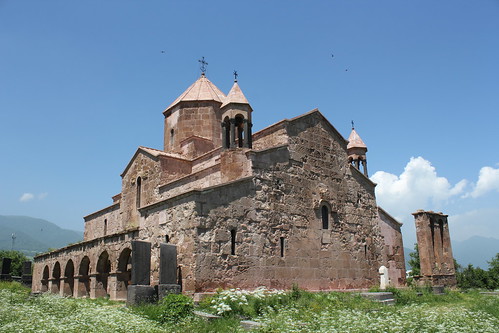 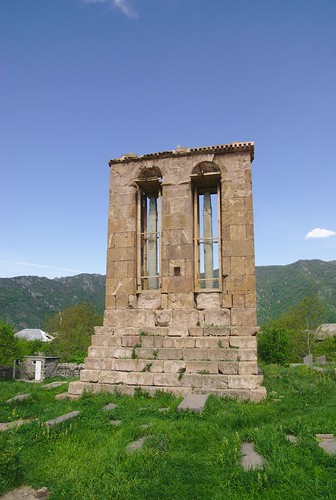 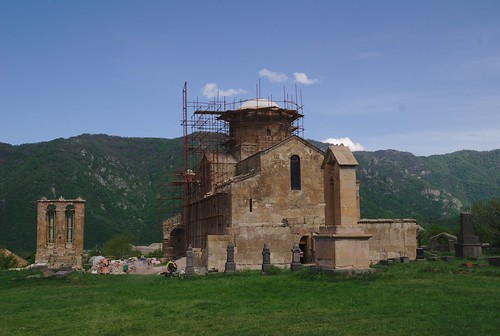 Odzun is a small village on the edge of a plateau that drops abruptly into the gorge formed by the Debed river. In addition to breath-taking views of the valley and mountains, Odzun is home to a historic basilica that was founded around 580. Located on the grounds of the basilica is a massive ancient obelisk of mysterious origins.

The obelisk consists of two stelae protruding upward from a platform that is framed by two narrow arches. Although the purpose or meaning of the obelisk is still a topic of debate, it bears some resemblance to funerary monuments of the same era. One side is adorned with iconographic carvings portraying scenes from the old and new testament, and the conversion of Armenia to Christianity. On the other side, floral patterns decorate the stelae.