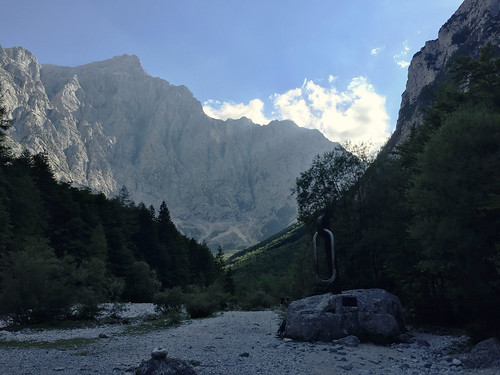 This huge piton and carabiner is a monument to the Partisan mountaineers who lost their lives fighting in World War II. The Yugoslav Partisans were a communist-led group that fought against the Axis powers, and were said to be one of Europe’s best anti-Nazi forces.

Spomenik Padlim Partizanom Gornikom (Monument to the Fallen Partisan Alpinists) rests on a bed of rock under the north face of the iconic Mount Triglav, the celebrated Slovenian national mountain. It is one of the many tributes to the Tito’s “National Liberation Army and Partisan Detachments of Yugoslavia” spread across all of former Yugoslavia.