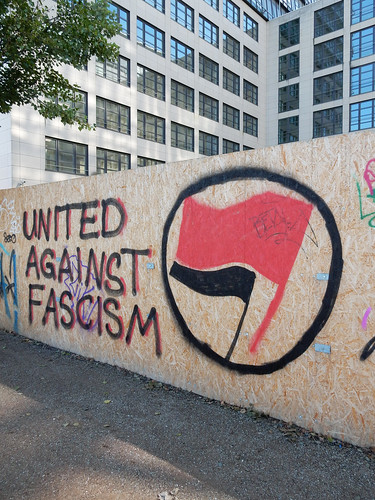 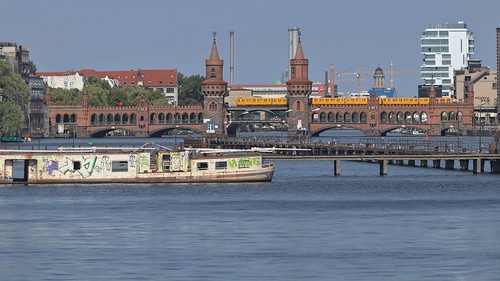 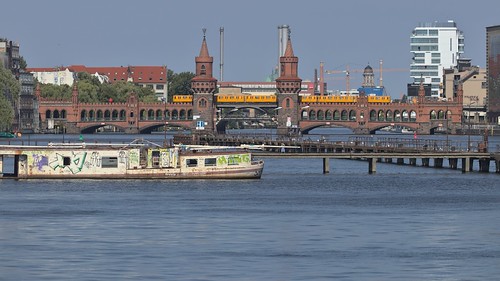 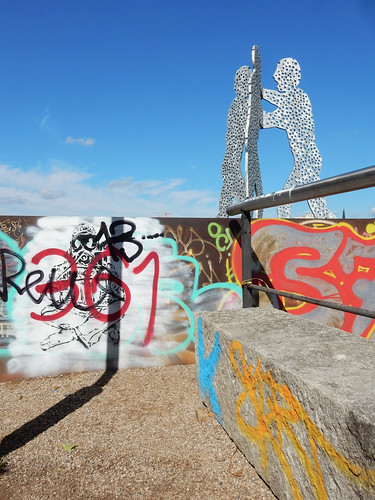 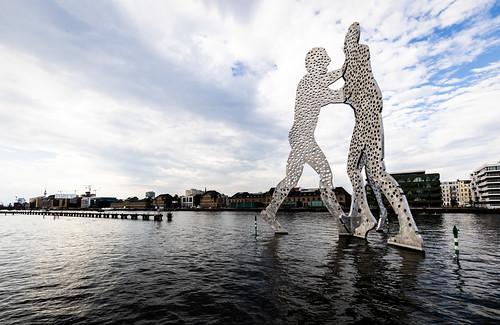 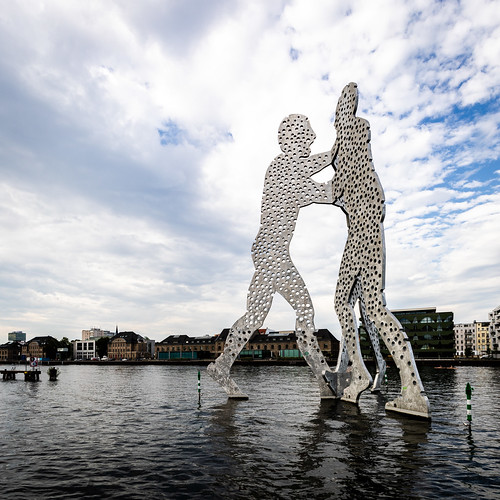 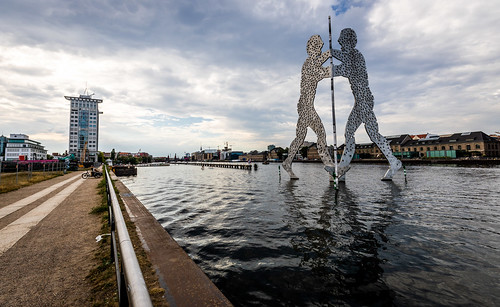 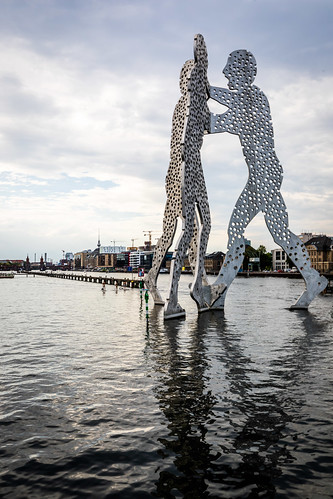 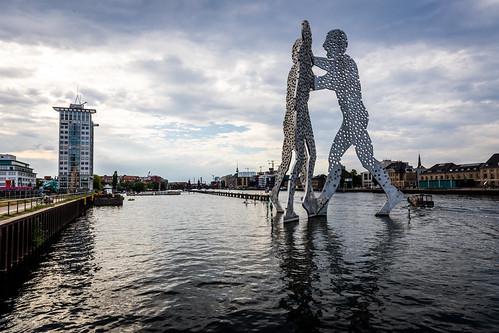 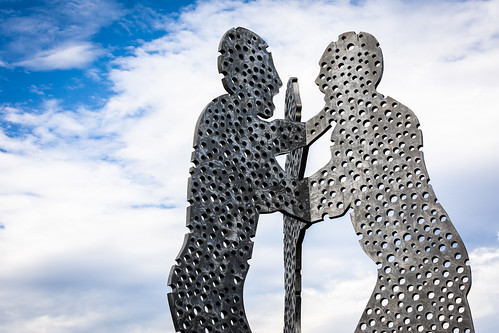 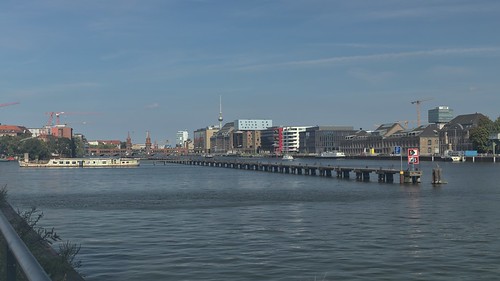 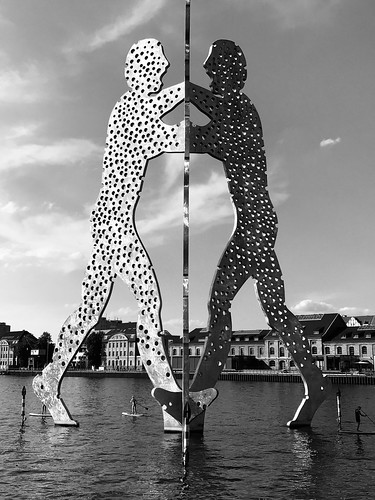 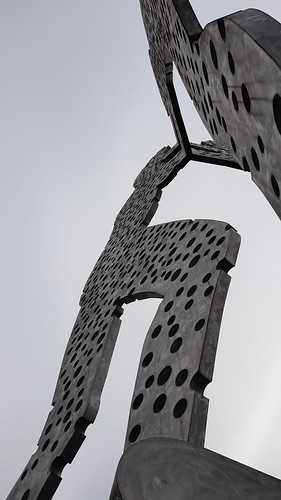 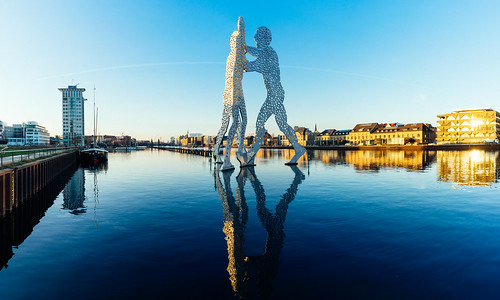 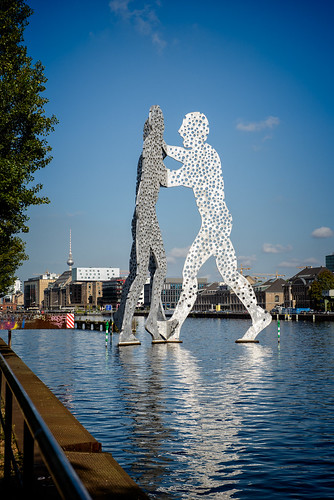 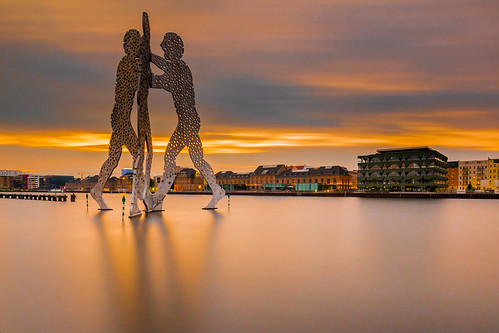 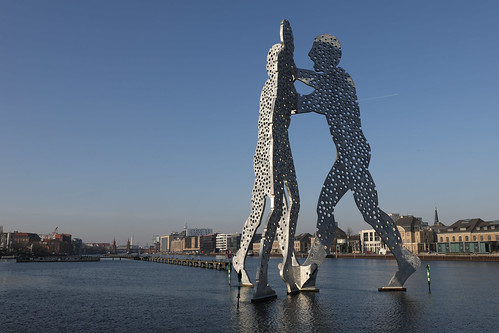 This striking metal sculpture, created by American sculptor Jonathan Borofsky in 1999 is an iconic sight for those who pass by the banks of the Spree River. Situated in the middle of the river and at a height of almost 100 feet (30 meters), this work of art symbolizes the point where the three Berlin neighborhoods Kreuzberg, Friedrichshain, and Treptow meet.

For a city that was previously divided into East and West by the Spree River, this aluminum sculpture is a symbol of integration. It consists of three men constructed in two-dimensional forms with their arms merged together. Borofsky described this as “molecules of human beings coming together to create an existence.” The holes in each of the three men are said to symbolize the molecules that sustain human life and that every person is made of the same molecules.